Welcome to August, YA fans! 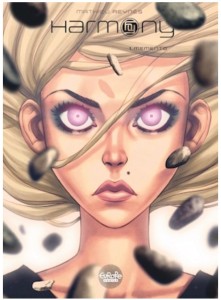 This week’s newsletter is sponsored by Harmony from Europe Comics.

One day, Harmony wakes up in an unfamiliar basement having completely lost her memory. All she now knows of the world is the name of her “host,” the mysterious voices in her head and a newly discovered talent for telekinesis. She’s going to have to get her memory back pretty quickly in order to face the dangers that await her. There are so many unanswered questions, and the fight has only just begun…

Let’s take this week’s newsletter as a giant catch-up on recent YA news, interesting pieces from around the web, and adaptation updates. There has been a lot of exciting and thought-provoking linkage that’s hit my radar lately, and I hope you find a thing or two or ten that’s interesting.

Here’s the latest in YA adaptation news to know about:

And here are a few pieces from Book Riot the last couple of weeks to check out:

Thanks for reading. As always, if you’ve seen something about YA lately that’s interested you or you want to say something about what I’ve shared here, you can always hit the reply button. “What’s Up in YA?” will hit your inbox in another two weeks, with a bit of a focus on what we’ve been reading and raving about this year so far.

If you want to, click here to share your favorite YA reads this year. I’ll use what you share here, as well as what was shared with me a couple of weeks ago, to compile your recommendations.