Welcome back, nerd-friends and fellow geeks, to our second installment of Swords and Spaceships!

This week’s newsletter is sponsored by The Tourist by Robert Dickinson. 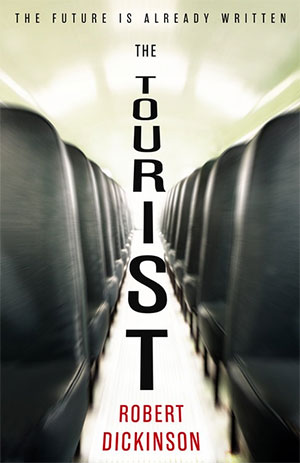 It was supposed to be an ordinary tour of the 21st century. A bus would take them to the mall. They’d have an hour or so to look around. Perhaps try the food.

A traffic accident on the way back to the resort provided some additional interest – but the tour rep had no reason to expect any trouble.

Until he noticed one of his party was missing. Which, according to the records from the future, is impossible.

She is the Tourist, and her disappearance could change the past and the future forever.

Let’s start off with some linky goodness.

If you live in San Francisco, you can train to be a Jedi Knight. This looks a little hardcore for my taste (ForceFit? CrossSaber?), but competitive lightsabering probably sounds great to at least some of you.

Remember how much I love Ted Chiang? You can read a short story of his for free at Electric Literature! If you ever wondered what parrots thought about humanity’s obsession with extraterrestrial life, wonder no more.

Our President and Nerd-in-Chief Barack Obama has some thoughts about AI in this excellent interview with MIT’s Joi Ito. I had not previously considered the moral dilemmas involved in programming self-driving cars, or the ways in which cybersecurity is like epidemic prevention. It’s a long read, but a good one.

Kim Stanley Robinson has some words for Elon Musk and the rest of us about Mars colonization (plus a zinger on sustainability).

Carmilla is getting a movie! Even though I have never actually watched this modern lesbian vampire love story, I have seen enough GIFs as a Tumblr user that I am already fond of it, and now I’ve got a reason to finally sit down and catch up. Let’s all watch together, shall we?

Here are this week’s books I strongly (SO STRONGLY) encourage you to add to your TBR pile: 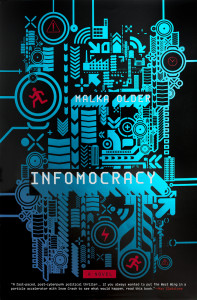 This is the election-year book you didn’t know you wanted, and I need you all to read it so that we can talk about Democracy In The Future! After finishing it, I felt a little bit better about the garbage fire that is this election season, although I couldn’t tell you exactly why. Perhaps it’s the way that Older is so thoughtful about the issue of democracy itself, and the different ways her characters relate to it. Perhaps it was the high-wire fight sequences (actual wires occasionally involved! Plus much stabbing) balanced with Very Important data-crunching (we’re talking world-saving data crunching here). Perhaps it was the characters themselves, who range from campaign staff to covert agents to punk dissenters to combinations-thereof. Probably it was all of these things, and the brio that marks Older’s writing. If you can’t stop thinking about politics but need a new way to think about them, pick this up ASAP.

Sorcerer to the Crown by Zen Cho 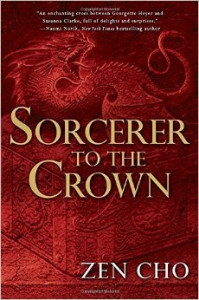 I would recommend (and have been recommending) this to you regardless, but it is our very first #RiotRead book club pick! Find out exactly what that means right here. As to why you should read it, I have so many reasons. It’s a more diverse, more light-hearted (and way less footnoted) comp to Jonathan Strange and Mr. Norrell, if English Magic is your bag; if you love Historical Ladies Doing It For Themselves, it has that and then some; if you have always wanted a magical familiar, you will be delighted with this new take on the theme. And if you really, really, really need something delightful and distracting, I cannot recommend a better fantasy novel. The only caveat I have, so that you can’t say I didn’t warn you, is that it’s the first in a series and the new book isn’t out until July of 2017. WOE. Read it anyway.