Hello and welcome to True Story, Book Riot’s newest newsletter about the wide and varied world of nonfiction curated by me, Kim Ukura, one of Book Riot’s resident nonfiction nerds.

When I realized that my first edition of the newsletter was coming out on Inauguration Day, I was torn about how to approach it. After some hemming and hawing and procrastinating due to imposter syndrome, I decided the best thing to do was start out with something a little different – a big, juicy list of 15 of my favorite fun and fascinating nonfiction reads, which I hope will serve as a resource for anyone looking to escape for a little bit before jumping back into the work of holding those in power accountable.

This week’s newsletter is sponsored by Once We Were Sisters by Sheila Kohler. 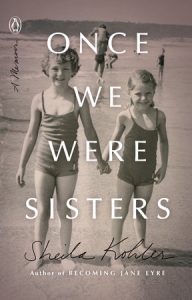 A stunningly beautiful, heartrending literary memoir about the tragic death of the author’s beloved older sister and a tribute to their bond. When Sheila Kohler was thirty-seven, she received the heart-stopping news that her sister Maxine was killed when her husband drove them off a deserted road in Johannesburg. Stunned by the news, she immediately flew in, determined to find answers and forced to reckon with the lingering effects of their unusual childhood. In her signature spare and incisive prose, Kohler evokes the bond between sisters and shows how that bond changes but never breaks, even after death.

This list – which ended up being a lot longer than most editions of True Story will be – contains some of my favorite and most-recommended reads, so I hope you’ll be able to find something to enjoy. 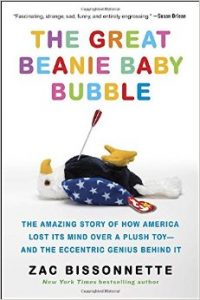 The Great Beanie Baby Bubble by Zac Bissonnette – I was mildly obsessed with Beanie Babies in my youth, but it wasn’t until I read this book that I really understood just how bananas that whole period actually was. This book has some of the best quotes from interviews that I’ve ever read in a reported work of nonfiction – a testament, I’d guess, to both good reporting and how much people who worked with Ty Warner (the creator of Beanie Babies) actually hate him now.

The Poisoner’s Handbook by Deborah Blum – Subtitled “Murder and the Birth of Forensic Medicine in Jazz Age New York,” The Poisoner’s Handbook is the story of how two men – medical examiner Charles Norris and toxicologist Alexander Gettler – developed new scientific methods to combat the growing popularity of poison as a tool of murder. This book is so good, especially in thinking about how science and crime-fighting are constantly evolving disciplines. 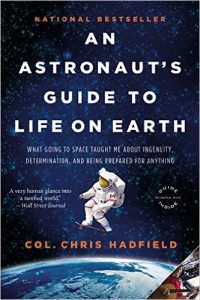 An Astronaut’s Guide to Life on Earth by Col. Chris Hadfield – Last year, I spent a period being obsessed with life in space. Of all the books I read, this one was my favorite. Hadfield, a Canadian astronaut who served as commander of the International Space Station, has a wonderfully warm sense of humor, is honest about what life is like for astronauts, and peppers the book with tons of good space facts (for example, when you stay in space for a long period, all of the calluses on your feet fall off because you don’t actually walk anywhere!).

Lipstick Jihad by Azadeh Moaveni – This memoir, about a young Iranian American woman reporting in Tehran just out of college, hit many of my own personal genre kryptonites. I love recommending it because it sets an engaging and thoughtful story about being a young working woman against the complicated backdrop of Iran and Iranian culture. 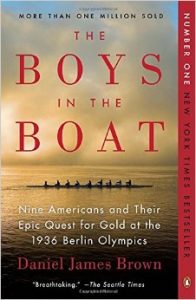 The Boys in the Boat by Daniel James Brown – The 1936 Berlin Olympics are so well-known, it’s hard to imagine that there was an untold story as good as this one. In this book, Brown managed to make me care deeply about rowing, a sport I knew literally nothing about, to the point where I was sitting on the edge of my seat as I read. This book is perhaps my most recommended title on this list. Go read it!

Without You There Is No Us by Suki Kim – In 2011, South Korean American journalist Kim posed as a Christian missionary to get hired as English teacher at a North Korean university designed to educate the sons of the elite members of the country’s ruling class. This reported memoir is a look inside that country, including the bizarre worldviews cultivated by a government that cuts its citizens off from the outside world. This one was sometimes a tough read, but totally absorbing. 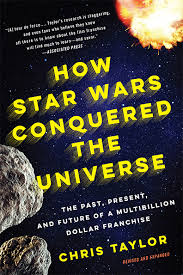 How Star Wars Conquered the Universe by Chris Taylor – I don’t necessarily consider myself a major Star Wars fangirl, but I couldn’t get enough of this wonderful, meandering, and encompassing, look at the history of Star Wars and the many ways that fans and creators have made its stories and characters their own.

Hamilton: The Revolution by Lin-Manuel Miranda and Jeremy McCarter – If you are even a casual fan of the musical Hamilton, do yourself a favor and get a copy of this book. The beautiful photos, detailed annotations for each song, and behind-the-scenes details of the production process will keep you absorbed for hours. 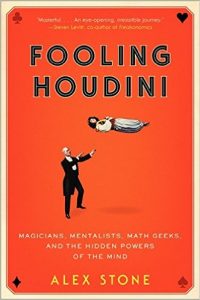 Fooling Houdini by Alex Stone – There are very few books that have delighted me more than this one, which opens at the Magic Olympics (!!!) in Stockholm, Sweden where Stone, an amateur magician, is practically laughed off the stage during his performance. Although he vows to give up magic in pursuit of a graduate degree in physics, he finds himself drawn back in. This book is a wonderful mix of psychology, history, and true crime that I completely loved.

The Professor and the Madman by Simon Winchester – I don’t think I need to say much to convince bookish people about the awesomeness that is a book on the history of the Oxford English Dictionary. How you can not at least pick up a book with the subtitle that includes both “murder” and “madness”? This book is a must-read for all word nerds. 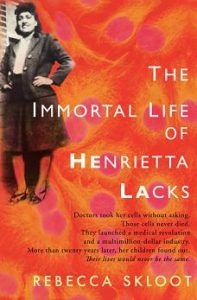 The Immortal Life of Henrietta Lacks by Rebecca Skloot – This book is one of my go-to recommendations for people who say they just aren’t interested in nonfiction. Although I’m guessing most people willing to sign up for a newsletter on nonfiction don’t feel that way, I felt compelled to include it because it is such a good read on medicine, class, and race. Plus, a movie version is coming to HBO this year (more on that in a future newsletter, I promise!).

Stiff by Mary Roach – When I told my sister I was putting a book about what happens to bodies donated to medical science on this list, she gave me a little side-eye. But of all the Mary Roach books I’ve read, this one is my favorite. She’s a funny and engaging science writer who can make any topic interesting, so if bodies aren’t your thing you can also grab one of her other books to learn about sex research, the supernatural, your digestive system, preparing for space travel, or preparing for war. 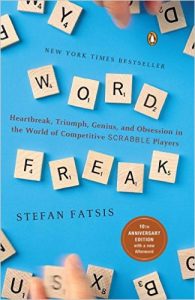 Word Freak by Stefan Fatsis – Did you know competitive Scrabble is a thing? I definitely did not, but after I read this book I wanted to take it up immediately (despite the fact that I’m generally terrible at Scrabble). Even if you don’t love to play, this look at the history of the game and the people who love to play it is a great read.

The Emperor of All Maladies by Siddhartha Mukherjee – A nearly 600 page book on the history of cancer doesn’t seem like the most obvious recommendation for a “fun” book list, but I seem to recommend this book a ton for people looking for readable nonfiction you can sink your teeth into. It’s beautifully written, emotionally rich, and full of facts you’ll be itching to share with someone else. 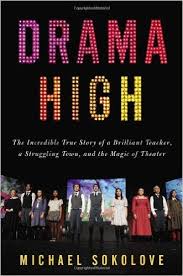 Drama High by Michael Sokolove – The marketing copy for this book describes it as Friday Night Lights meets Glee, which is actually a pretty great description. Drama High is the story of Lou Volpe, a legendary high school theater director in a working-class down in Pennsylvania. In addition to being a thoughtful portrait of a well-loved teacher, the book also explores the value of the arts for people of all backgrounds.

Whew! That was quite the list. I hope there’s at least a couple new books on that list that will spark your interest.

I expect to get into a more regular format with the next edition of True Story, which will include a mix of new release reminders, backlist recommendations, links to nonfiction news, and anything else I think might be interesting. Suggestions, recommendations, and feedback are always welcome. You can reach me at kim@riotnewmedia.com or on Twitter at @kimthedork. Happy reading!