Happy almost-Friday, Audiobookers, I hope you had a great week!

This week’s newsletter is sponsored by You Don’t Look Your Age. 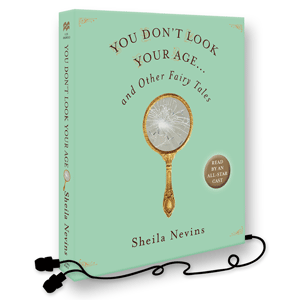 In You Don’t Look Your Age, a frank, funny, poignant audiobook, famed documentary producer Sheila Nevins tells it like it is. She is your discreet confidante, your sage mentor at work, your wise sister who has “been there, done that,” and the best friend you never knew you had. 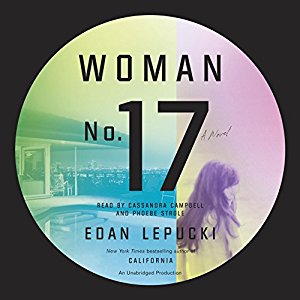 I sort of abandoned Only Daughter, though I might return to it because I really am interested to know if all those seemingly unbelievable threads are somehow believably resolved. For the time being, though, I have moved on to Edan Lapucki’s Woman No. 17 (which I just saw was a sponsor of another Book Riot newsletter, but I swear this is unrelated). Woman No. 17 tells the story of two women; Lady, newly separated and trying to start a new career and S, the young woman Lady has hired to live in her guest house and help with the kids. So far, it gets two thumbs up.

New Audiobook Releases that I am Super Excited About! 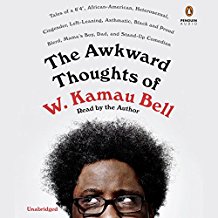 Friends of mine have raved about W. Kamau Bell’s comedy for years, but I was only exposed to him over the course of the primary/election season when I got hooked on his Politically Re-Active podcast with Hari Kondabolu. The best narrators are often performers reading their own work, and I have high hopes for this audiobook. 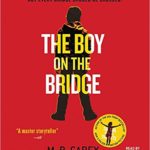 The Boy on the Bridge by M.R. Carey, read by Finty Williams

“From the author of bestseller The Girl With All the Gifts, a terrifying new novel set in the same post-apocalyptic world. Once upon a time, in a land blighted by terror, there was a very clever boy. The people thought the boy could save them, so they opened their gates and sent him out into the world. To where the monsters lived.” –-Publisher’s Description 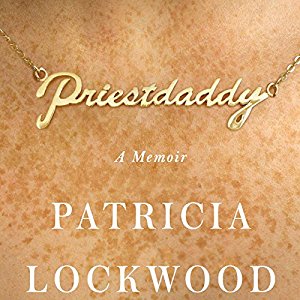 There’s lots of buzz about this new title from Patricia Lockwood about having a married Catholic priest as a father. This is another title where the author narrates, which makes it especially appealing to me, and a blurb from the great Mary Karr makes it all the more appealing:

“Patricia Lockwood’s side-splitting Priestdaddy puts the poetry back in memoir. Her verbal verve creates a reading experience of effervescent joy, even as Lockwood takes you through some of her life’s darker passages. Destined to be a classic, Priestdaddy is this year’s must-read memoir.” (Mary Karr, author of The Liars’ Club)

Audiobooks for Loud (but Short) Transit: Rioter Yash discusses what makes a good audiobook for public transit and other loud, short journeys.

Something very cool is happening in South Korea: Old phone booths are being converted into recording stations to record audiobooks for folks who are visually impaired.

Audible asked popular narrators about their first experience at the mic.

Audio Publishing’s Digital Boom: Think you’re alone in your love of audiobooks? Not so, according to these publishing insiders.

How to import audiobooks to iTunes without making everything horrible: I know y’all are probably iTunes, but depending on where you’re getting your audiobooks, importing them into iTunes can be kind of awful.

That’s all for this week! Feel free to ping me on twitter to talk about anything/everything related to books or anything else @msmacb. My instagram is mostly pictures of my dog (who happens to be the most perfect, beautiful dog in all the world) but if that’s your thing, you can follow me at msmacb_sally.