Hello, Insiders! We’re delighted to introduce our second monthly Behind the Scenes email, a new regular feature in which our staffer of the month shares some of their favorite picks for your reading enjoyment. Ready for your TBR stack to get even higher?

It’s great to read the new and the shiny but I find reading backlist — those books more than a year old — to be as, if not even more, satisfying sometimes. Here are five young adult backlist titles totally worth tracking down and reading. — Kelly Jensen, associate editor and community manager 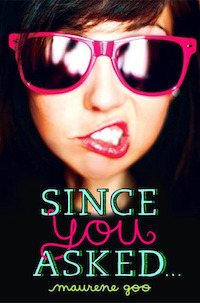 Since You Asked by Maurene Goo

Want a light-hearted, sometimes over-the-top story about a girl who accidentally finds herself writing columns for her high school paper? This is your book. Holly is a Korean-American girl in a Los Angeles area suburb navigating what it’s like to be expected to follow traditional cultural beliefs while also finding her own way as an American teenager. It’s funny and Holly finds herself in a lot of ridiculous situations, thanks in part to that column she never meant to write. 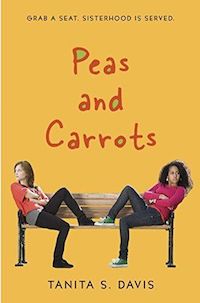 What happens when a middle class black family fosters a white girl the same age as their teenage daughter? Well, the two of them go together like peas and carrots (SEE WHAT I DID THERE? Or really what Tanita S. Davis did there?). This book alternates chapters between the two perspectives, giving a look at how Dessa navigates being in a new foster family while her mother is incarcerated and how Hope forges a relationship with her new sister. A story about what family means, rather than what it looks like — with some excellent exploration of racial and body politics. 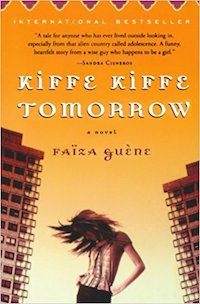 Had this book been published a few years later than it did, it would have easily been a YA title. Therefore, I am including it here because this is a book that exemplifies an excellent YA voice. Doria is a 15-year-old growing up in the projects outside of Paris, France. She’s dealing with her father ditching her and her mother, who is illiterate, as he heads back to Morocco in order to attempt marrying a woman who can sire him a son (that’s all that matters in his culture). It deals with urban issues in a way that’s cross-cultural, about the challenges of growing up between cultures, and what it means to figure out who you are and what you do when your world’s been blown apart. It also looks at what happens when the people you’ve come to know and rely on for certain things — their always being there, their always NOT being there — change and mold into their own lives and new paths, too. 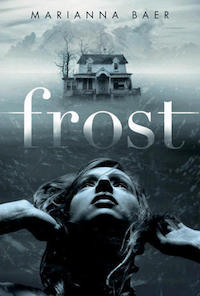 I can’t say a lot about this one except it’s realistic horror about a girl who finally gets to live in the school-owned private house her senior year and A Lot Of Shit Goes Down. There’s a scene here with bugs covering a bed and a scene with a small wooden owl that I will never, ever forget (his name is Cubby). Enough said. 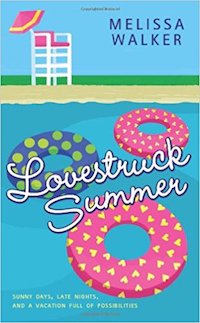 This now super-cheap, in-ebook-only story is a sweet summer romance set in Austin, Texas. Quinn just graduated high school and has been itching to make her way to Austin, where she knows she’ll be able to indulge in her love of all things music and bands. When she scores an internship with her favorite record company, the itch is scratched and she moves in with her cousin Penny. There’s immediate friction between the cousins and things only get a little more contentious when boys enter the picture. This one is for readers who want a love story with heart and well-drawn characters operating within a well-drawn city. Prepare to plow through it in your hammock in an afternoon.