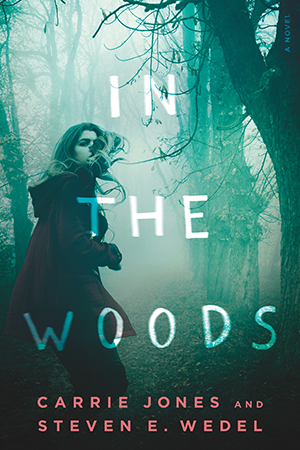 Chrystal’s plans for summer in Manhattan are abruptly upended when her dad reads tabloid coverage of some kind of grisly incident in Oklahoma. When they arrive to investigate, they find a witness: a surprisingly good-looking farm boy.

As townsfolk start disappearing and the attacks get ever closer, Logan and Chrystal will have to find out the truth about whatever’s hiding in the woods…before they become targets themselves.

It’s the hottest week of the year so far in the upper midwest (where I am!) and while I’m loving it to bits and pieces, it’s rough going for anyone who spends any time outdoors. We tend to think of the cool months as prime movie time, but at least here, the dog days of summer are when the viewing season heats up.

Find some of the excellent currently-streaming YA flicks on Netflix, Hulu, and Prime below. This is current as of writing, but like all things with streaming platforms, the offerings might change when August rolls around. I’ve stuck to films and haven’t included serial shows.

This is not a comprehensive list, of course, and because adaptations have been slow to include books by authors of color — which is, thankfully, changing! — know this list isn’t as inclusive as I’d prefer. I’ve included IMDB’s quick description of the film, and I’ve also noted if the book on which the film is based has a different name. 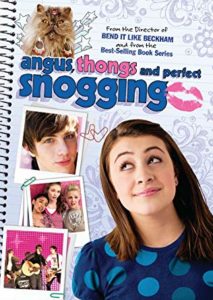 The story centers on a 14-year-old girl who keeps a diary about the ups and downs of being a teenager, including the things she learns about kissing.

Ethan longs to escape his small Southern town. He meets a mysterious new girl, Lena. Together, they uncover dark secrets about their respective families, their history and their town.

In 2001, Afghanistan is under the control of the Taliban. When her father is captured, a determined young girl disguises herself as a boy in order to provide for her family.

A person of high intelligence struggles to make sense of the world as it relates to morality, relationships, sex and leaving her apartment.

United by dire circumstances, four unlikely allies from a Philadelphia prep school – the hacker, the slacker, the athlete, and the perfect student – band together to attempt the impossible: steal from the U.S. Mint. 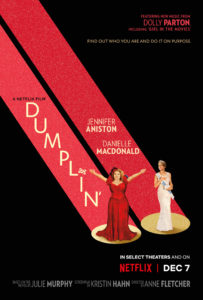 Willowdean (‘Dumplin’), the plus-size teenage daughter of a former beauty queen, signs up for her mom’s Miss Teen Bluebonnet pageant as a protest that escalates when other contestants follow her footsteps, revolutionizing the pageant and their small Texas town.

Naomi and Ely have loved each other their whole lives, even though Ely isn’t exactly into girls. The institution of a “No Kiss List” has prevented the two from rifts in the past, but bonds are tested when they both fall for the same guy.

High school student Nick O’Leary, member of the Queercore band The Jerk Offs, meets college-bound Norah Silverberg when she asks him to be her boyfriend for five minutes.

Tara, a painfully shy high-schooler, has a secret: she is also a confident DJ known as Radio Rebel, who lends her voice to others.

The Sisterhood of the Traveling Pants

Four best girlfriends hatch a plan to stay connected with one another as their lives start off in different directions: they pass around a pair of secondhand jeans that fits each of their bodies perfectly.

A hard-partying high school senior’s philosophy on life changes when he meets the not-so-typical “nice girl.” 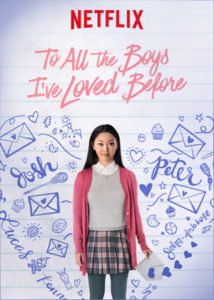 To All The Boys I’ve Loved Before

A teenage girl’s secret love letters are exposed and wreak havoc on her love life.

Every Day (Also on Prime!)

A shy teenager falls for a spirit who wakes up in the body of a different person every morning.

At Goodkind High School, a group of students with varying sexual orientations form an after-school club as a discreet way to share their feelings and experiences. 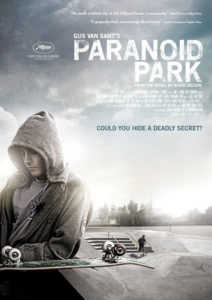 A teenage skateboarder’s life begins to fray after he is involved in the accidental death of a security guard.

Precious (Based on Push and also on Prime)

In New York City’s Harlem circa 1987, an overweight, abused, illiterate teen who is pregnant with her second child is invited to enroll in an alternative school in hopes that her life can head in a new direction.

The Baby-Sitters Club (Technically middle grade, I guess, but also I’m including it) 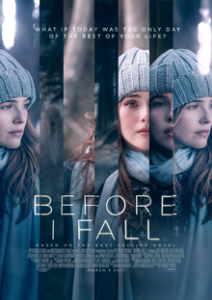 February 12 is just another day in Sam’s charmed life, until it turns out to be her last. Stuck reliving her last day over and over, Sam untangles the mystery around her death and discovers everything she’s losing.

A modern-day take on the “Beauty and the Beast” tale where a New York teen is transformed into a hideous monster in order to find true love.

Thanks for hanging out, and we’ll see you again next week!

— Kelly Jensen, @veronikellymars on Instagram and editor of (Don’t) Call Me Crazy and Here We Are.