Sponsored by Kingdom of Sea and Stone by Mara Rutherford, published by Inkyard Press. 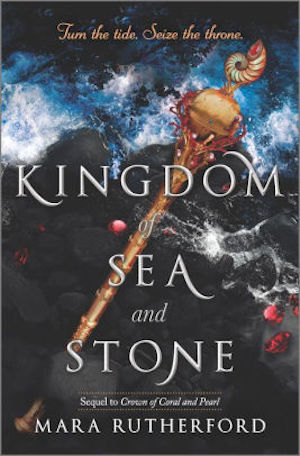 The New York Public Library has put together reading lists for the November 3rd election with focuses on issues like climate change, health care, education, foreign policy, and more. The lists are separated into books for adults, young adults, and children, and include titles like the graphic memoir Good Talk: A Memoir in Conversations by Mira Jacob; Charged by Emily Bazelon, which takes a look at mass incarceration; Becoming RBG: Ruth Bader Ginsburg’s Journey to Justice by Debbie Levy; a wonderfully voiced children’s book Front Desk by Kelly Yang; and Beyond the Gender Binary by Alok Vaid-Menon.

Thomas & Friends will get a feature film that will be a blend of live-action and animation from Mattel and 2Dux. Thomas is celebrating his 75th anniversary this year, having been created by Rev. W. Awdry in The Three Railway Engines in 1945.

The release of the new film adaptation of Dune, which just recently dropped its trailer, has now been pushed back to October 2021. “Dune’s delay follows the MGM’s decision to push back No Time to Die to April and Cineworld’s announcement that they’ll be closing all of its Regal cinemas in the U.S. and U.K.”

The National Book Award Finalists are here! The winners will be announced November 18, 2020, in a virtual ceremony.