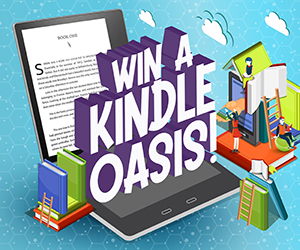 Book Riot is teaming up with Harlequin.com to giveaway a Kindle Oasis to one lucky winner! Click here for a chance to win! Here’s a little more about Harlequin.com: Harlequin.com is the official Harlequin book site. Join us to see the newest novels, read exclusive free stories from Harlequin authors, connect with our community of romance book lovers, meet your favorite authors, buy romance books online and more!

Hello mystery fans! Here’s a roundup of a bunch of new releases from February now that they are all available for your crime loving hearts. 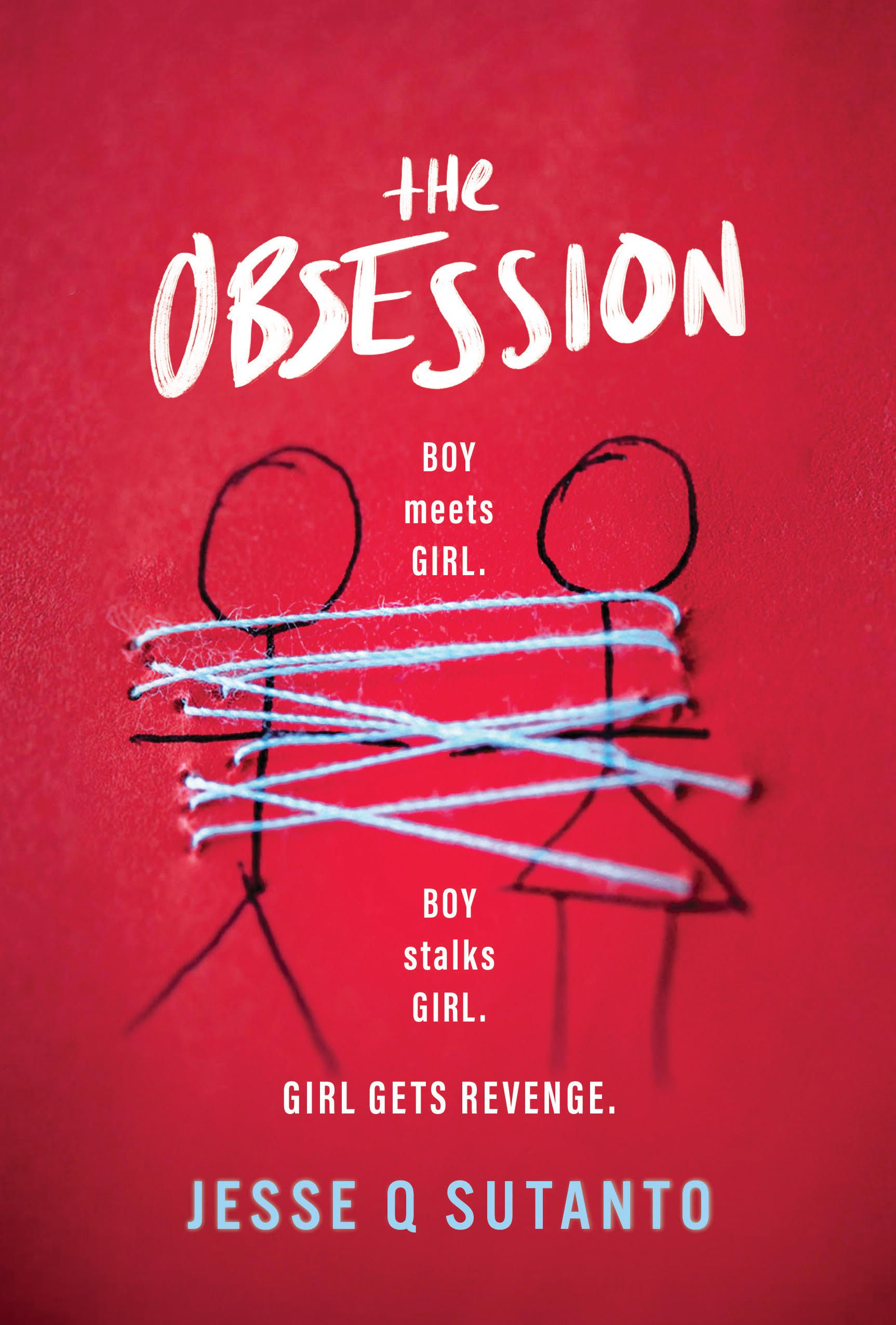 Sutanto is the author of the upcoming Dial A For Aunties (Review), which has been getting a lot of attention (it’s a great crime/romcom and should!) but I’m not sure many readers realize that The Obsession is her debut. It started with You vibes and then went in its own surprising way and I really enjoyed this novel. Delilah is having a hard time after her father’s death with an abusive stepfather. And after an incident she ends up being blackmailed by her stalker classmate into having to date him. Cornered, and fed up, Delilah is going to have to figure a way out… (TW stalker/ domestic abuse/ past suicide attempt and suicide, detail/ drugging without consent) 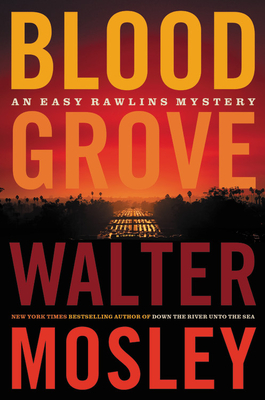 Mosley is an extremely prolific writer, writing in most genres, and has a few well known detective series. Easy Rawlins is probably the most known since Devil in a Blue Dress starred Denzel Washington in the adaptation. And the detective is back again! The series, having aged from the ’40s, finds Rawlings in 1969, Southern California with a Vietnam veteran wanting to hire him. You can count on trouble from cases to personal life to follow our detective. 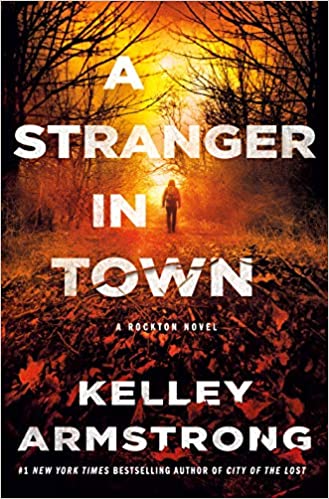 A Stranger in Town (Rockton #6) by Kelley Armstrong

I love this series! It has a fun, unique, remote setting where basically victims to criminals have found themselves a safe place to hide, which makes for an interesting community since no one knows who is which. The lead is Detective Casey Duncan who was a homicide detective who ran with a friend to hide here, and has stayed and ended up partnering romantically and professionally with the sheriff. This time around, the mystery concerns the actual town makeup, meaning its existence may be in danger… 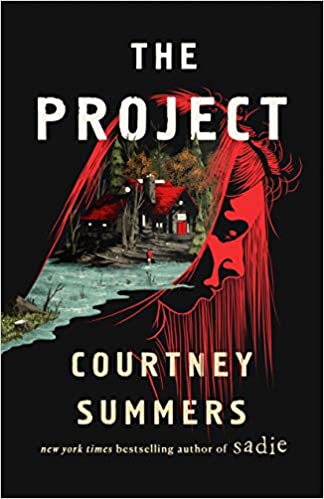 The Project by Courtney Summers

Summers, who wrote the 2018 hit Sadie (Review), is back with another YA crime novel! We have separated sisters again but this time it’s because of a cult. And one sister is determined to prove The Unity Project is a cult in order to get her sister back. 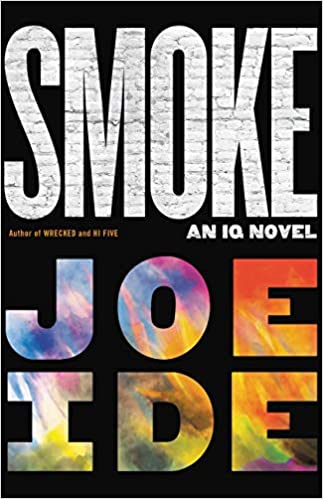 If you want a modern, dark take on Sherlock, IQ is the detective and series for you. Set in East Long Beach, Isaiah Quintabe, IQ, takes on the cases the police don’t/can’t, and he always ends up in danger but uses his deduction skills to survive. While I am a fan of jumping randomly into series, the progression of IQ as a character and his personal relationships (Dodson–rhymes with Watson!) are really worth starting at the beginning to watch them unfold. 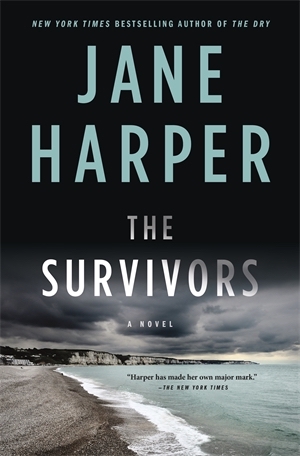 The Survivors by Jane Harper

If you like atmospheric crime novels, all of Jane Harper’s novels are for you. Her recent standalone is all about a past incident that a small community ocean town is trying to forget, but this is a mystery novel so it’s all going to come out. Especially after someone is murdered! (Review) 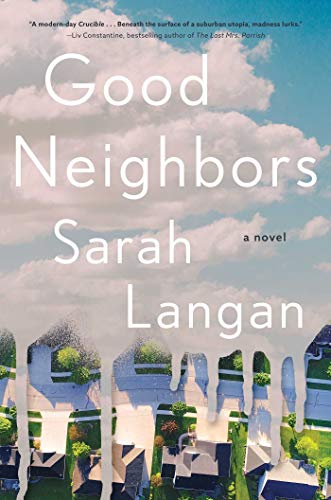 I am currently listening to the audiobook–which has an exceptional narrator, Nicole Lewis–and I can’t put it down! It follows a suburban community with a new family that doesn’t “fit in,” and after a sinkhole opens up it’s only a matter of time before something even worse happens… This literally starts with the question of how a community could conspire to kill an entire family and also asks “what if they had it coming”? And I literally said out loud “Oh really!” So, yes, I am racing through writing this so I can get back to reading–sorry, not sorry. 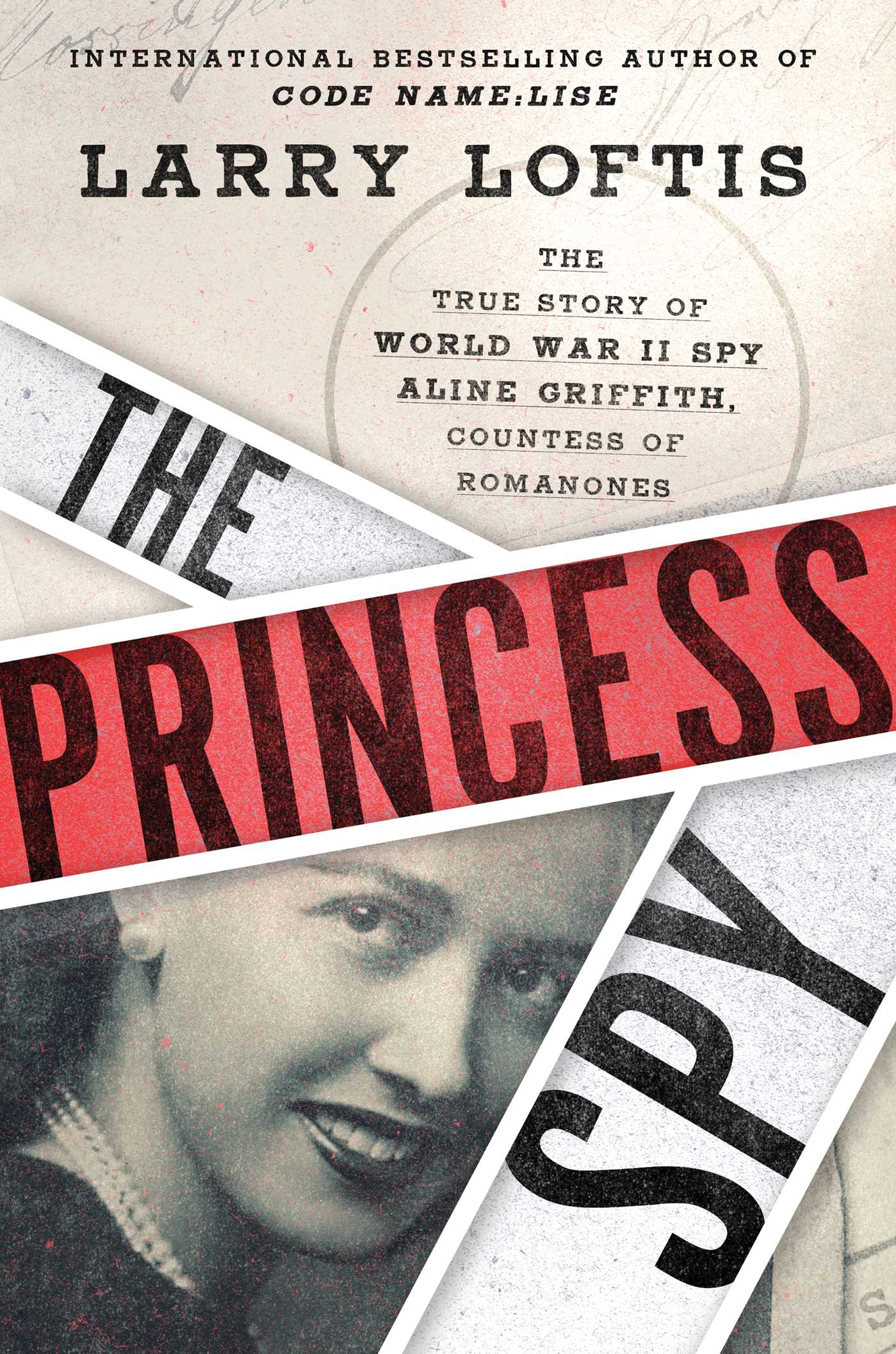 I am a huge fan of narrative nonfiction and Loftis wrote Code Name: Lise, which I loved (Review), so this is at the top of my TBR. Aline Griffith was “an ordinary American girl who became one of the OSS’s most daring spies in World War II before marrying into European nobility”. Sold! I love these amazing stories that are finally getting recognition. 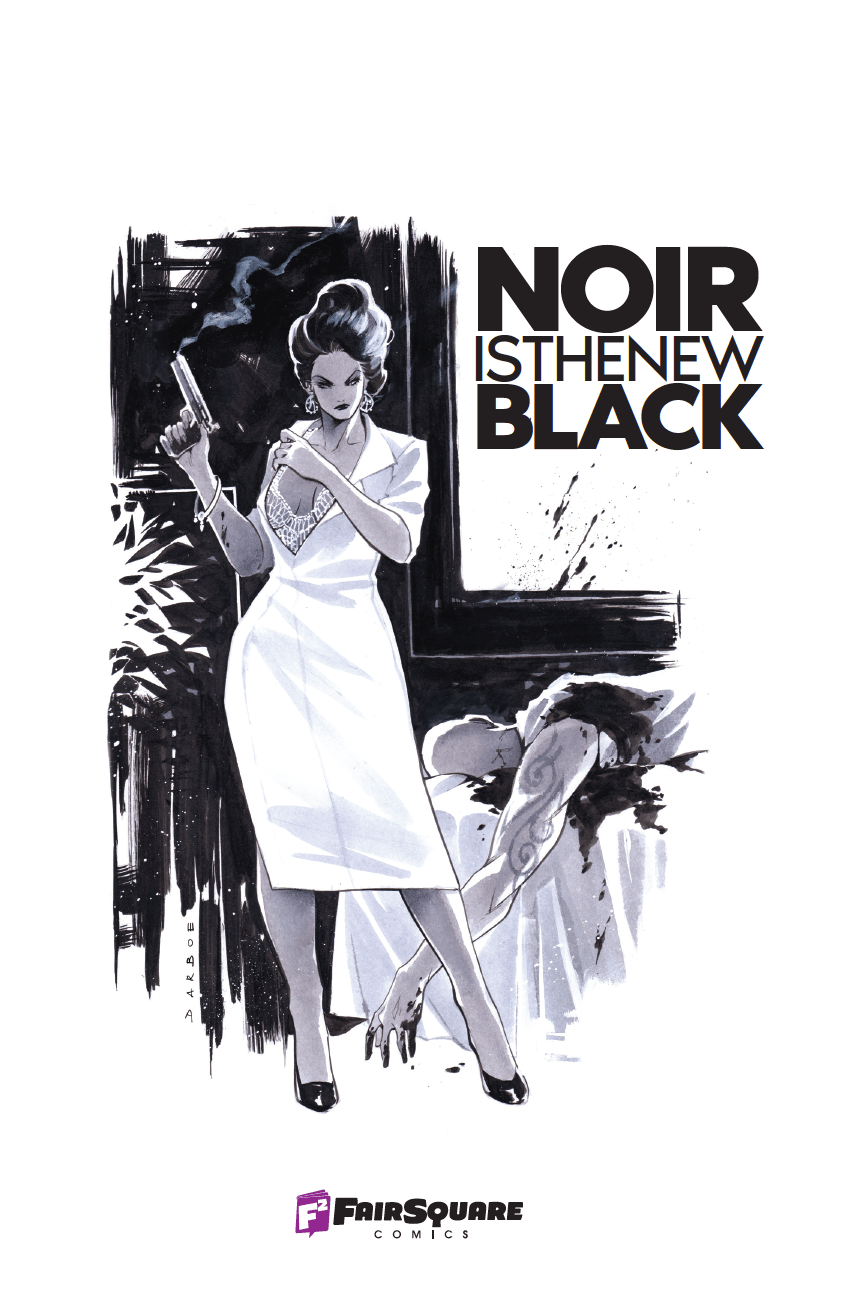 Noir Is The New Black

Here’s an awesome graphic novel collection of 16 Noir stories by 40 Black creators which got funded on Kickstarter. You can check out all the creators and some awesome pages here! 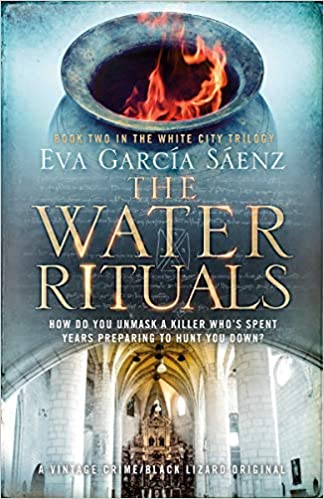 This is a police procedural, fictional serial killer translation that takes you to Northern Spain. This is the sequel in the trilogy and the book starts where the first one ends so if you haven’t yet read The Silence of the White City (Review), start there! If you did, then, like me, you’ve probably been highly anticipating the continuation and it’s now here! A note that Eva García Sáenz is the name used for English publication, but her full name is Eva García Sáenz de Urturi, and so there are two Goodreads pages etc. 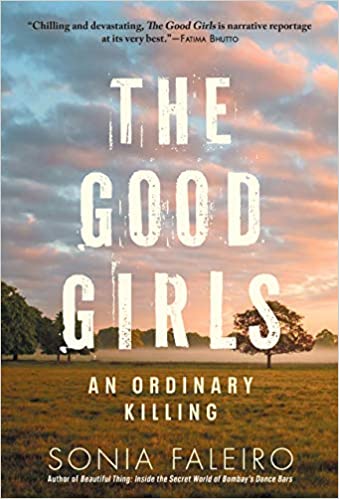 The Good Girls: An Ordinary Killing by Sonia Faleiro

For true crime readers, here is a look into two girls murdered in a small community. Faleiro looks into Padma and Lalli’s 2014 disappearances and murders in a village in western Uttar Pradesh, India–which leads to a look at “political maneuvering, caste systems and codes of honor”. 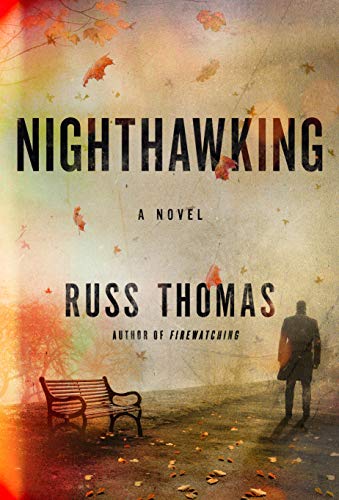 If you’re looking to start a police procedural starring a detective, meet Detective Adam Tyler who in the first book Firewatching is the sole member of the South Yorkshire Cold Case Unit. The first book deals with arson cases and now Tyler finds himself with a newly promoted DC trying to solve a murder as they’re pulled away from Cold Cases–except for the personal cold case in Tyler’s life involving his father’s death, which Tyler keeps investigating…

Browse all the books recommended in Unusual Suspects previous newsletters on this shelf. See upcoming 2021 releases. Check out this Unusual Suspects Pinterest board and get Tailored Book Recommendations!

Until next time, keep investigating! In the meantime, come talk books with me on Twitter, Instagram, Goodreads, and Litsy–you can find me under Jamie Canavés.