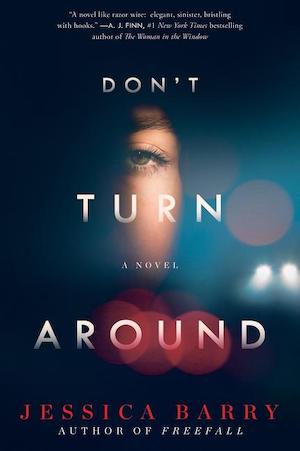 Today it was announced that Gugu Mbatha-Raw and David Oyelowo have been cast to star in the upcoming HBO Max adaptation of J.P. Delaney’s novel The Girl Before. Mbatha-Raw will play Jane, a woman who moves into a house designed by an architect played by Oyelowo, who allows her to live in the house under one condition: she must abide by his rules. The BBC is co-producing the project.

The finalists for the 41st Los Angeles Times Book Prizes have been announced. The nominees include Akwaeke Emezi, N.K. Jemisin, Isabel Wilkerson, and many others. Special category winners were also announced, including the Robert Kirsch Award for lifetime achievement to Native American writer Leslie Marmon Silko. Winners will be announced in a live-streamed virtual ceremony on April 16, the day before the 26th Los Angeles Times Festival of Books kicks off its virtual event. Special category winners will also be celebrated that day.

The Ben West Palm Hotel in Florida has launched a Book Butler program. All hotel guests need do is dial 0, and the Book Butler will arrive at their door with a copy of their selected book. There’s even an option to request meals specially paired with your book of choice.

6 Dr. Seuss Books Will Stop Being Published Due to Racist Images

Dr. Seuss Enterprises, the company responsible for preserving and protecting the legacy of Theodor Geisel, has announced that six Dr. Seuss books will no longer be published due to damaging depictions of race.

One correction from yesterday’s Today in Books: We mistakenly misgendered Marieke Lucas Rijneveld. The author’s pronouns are they/them.