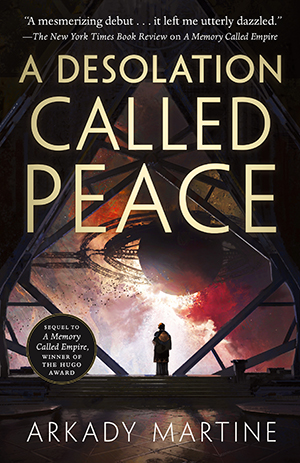 A Desolation Called Peace is the spectacular space opera sequel to Arkady Martine’s genre-reinventing, Hugo Award–winning debut, A Memory Called Empire. An alien armada lurks on the edges of Teixcalaanli space. No one can communicate with it, no one can destroy it. In a desperate attempt at diplomacy, Mahit and Three Seagrass have been set the impossible task of making contact with these mysterious invaders. Their failure will guarantee war and millions of deaths. Their success might prevent the Empire’s destruction—allowing it to continue its grasping expansion. Or it might lead to something far stranger…

Hello from the depths of Colorado’s second winter! (We normally have about… three winters per year, so we’re right on track, don’t worry about us.) It’s Alex, with a cup of hot tea in one hand and your new releases for the week balanced in the other. Outside, it’s not the two+ feet of snow I was promised, but I’ll settle for a foot and a half if that’s all I can get. May you have snow if that’s what you want and sun if that’s what you prefer. Stay safe (and warm) out there, shipmates, and I’ll see you on Friday.

Thing that made me smile this week! Random internet drama as a song part 5: the 15,000 pound horse. 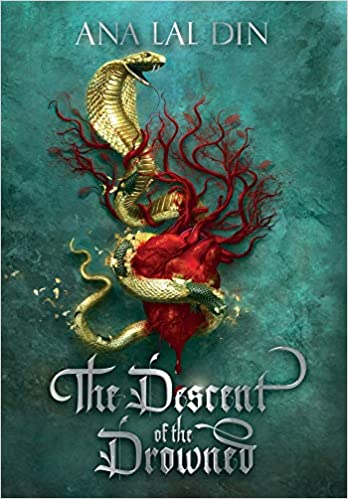 The Descent of the Drowned by Ana Lal Din

Roma and Leviathan are young people trapped in a system of caste and colonization. Roma is the sacred slave of a goddess who desperately hopes to save her younger brother from the same fate; Leviathan is the casteless bastard son of an immortal tyrant, and his only allowable purpose is to kill. Their destinies become intertwined as Leviathan’s father hunts for a living treasure that will doom humankind–and for which together they are the key.

Celeste lives in a world where the future of a woman is predicted based on the markings they bear in childhood, the constellations of freckles, moles, and birthmarks. Puberty will bring a second set of auguries that will set her fate in stone, and she fears that the future will be one she doesn’t want–or worse, that she won’t make it through her ‘changeling period’ when girls are often abducted. Her brother, Miles, can interpret the future, an unusual thing for men, and he sees her fate as the only hint he’ll have of his own. But Celeste’s change reveals a secret about Miles that may destroy her family and puts her on the path to fighting the societal belief in the fates of women. 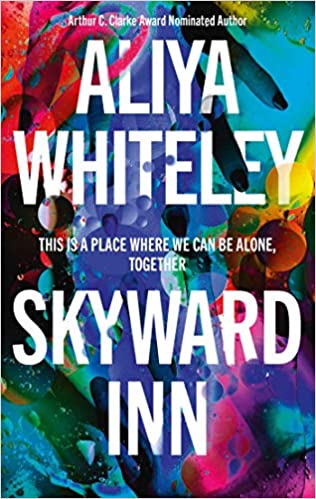 The Skyward Inn is a refuge where veterans and civilians alike come together to tell stories of what life was like before the war with Qita. But Qita surrendered immediately to the invasion of Earth; the veterans of that war might have their regrets, but they have few scars or tales of loss. The arrival of a visitor, searching for help, brings a reminder of this past and forces all present to ask themselves a disturb question: Did Earth actually win the war?

The Memory Collectors by Kim Neville

Ev can feel the emotions people have imbued in the objects they once owned. Most items that cross her path should be destroyed, in her estimation, but she sells the few she feels are safe in order to survive. Harriet hoards these items to the point that the concentrated emotions begin to seep through her apartment walls and sicken her neighbors. Harriet hopes that Ev can help her make this collection into a museum of memory that can help and heal–but they both know the dark fate of the only other person like them, and that darkness is rising again. 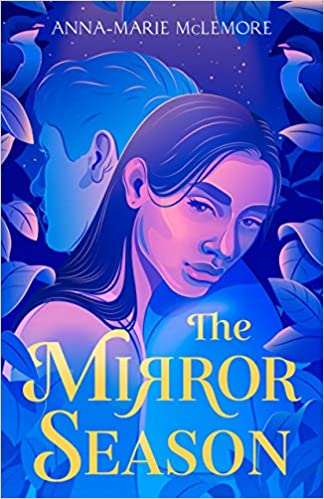 The Mirror Season by Anna-Marie McLemore

Graciela and Lock were both assaulted at the same party, and the effect on them both is devastating in different ways. Graciela loses her culinary magic and finds the trees in her neighborhood have vanished, to be replaced with mirrors. Lock has lost his memory of that night, but his life is being destroyed by a single piece of mirrored glass. Graciela decides to help him, but it means hiding the truth–because for the sake of their mutual survival, no one can know what happened.

The Blue-Spangled Blue by David Bowles

Jitsu is a world that was once dominated by corporate ownership until its worker population rose up and gained independence. Corporate rule was replaced with fundamentalist theocracy. Now, Jitsu has reached out to rejoin the rest of humanity. A religious reformer named Tenshi meets Brando, who has come from Earth to accept a teaching position. They fall in love, with Brando accepting Tenshi’s reformist teachings; together they must face the cruelty of Tenshi’s enemies and help Jitsu reforge itself anew once more.

Kameron Hurley: How to Survive a Decade in Publishing

Turns out hunting down a story can be very satisfying: on the rise of lore

The untold truths of the origins of cyberpunk

Pringles has made Moa Burger chips so that’s a thing

Got romance in in your SFF? 8 romantic sci-fi and fantasy reads

Enter by tonight to win a copy of Tales from the Hinterland by Melissa Albert.