Sponsored by The Conductors by Nicole Glover, published by Mariner Books 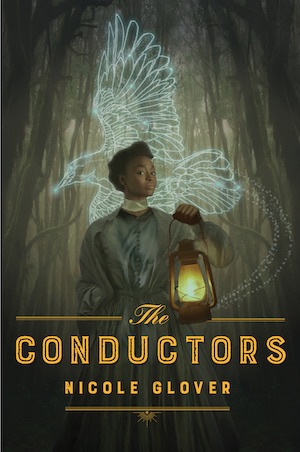 In this vibrant and original novel, Hetty Rhodes, a conductor on the Underground Railroad, helped usher dozens of people north with her wits and magic. Now that the Civil War is over, Hetty and her husband have settled in Philadelphia, solving murders and mysteries together. When they find one of their friends slain in an alley, they set off to find answers. But the secrets and intricate lies of the elites of Black Philadelphia only serve to dredge up questions. To solve this mystery, they will have to face ugly truths all around them, including the ones about each other.

Happy Tuesday, shipmates! It’s Alex with your new releases for the week and a selection of links, as per usual. I also know that this has been a really hard and upsetting and scary time for the AAPI community after the horrific, racist attack in Atlanta. Half the time the point of jumping in a rocket ship and blasting off to worlds unknown is to escape these things, but I want to say: I see you, I love you, and my heart breaks for you. Stay safe out there, space pirates.

Thing that made me smile this week: It’s more niche than I normally go, but I can’t stop looking at these Vanguard Pikachus

Let’s make the world a better place together: anti-asianviolenceresources.carrd.co 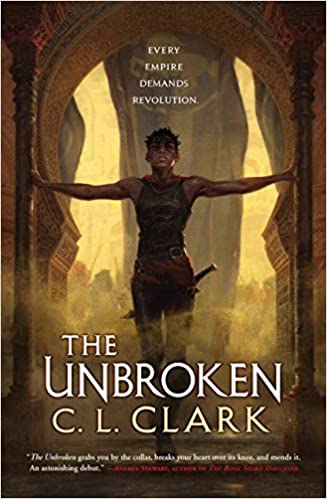 The Unbroken by C.L. Clark

Touraine is a soldier who was conscripted as a child. She’s now been sent back to her homeland with her company to stop a rebellion, where she discovers that some of her blood ties might still bind. There, she also meets Luca, who is looking for a turncoat to help her depose her uncle.

Salo has won permission to pursue his dream of being a mystic despite the taboo concerning the use of magic by men. Disguised by his queen, he attempts the pilgrimage to the Red Temple, only to be stopped by a magical barrier. He cannot return home without completing his pilgrimage, but city politics and the machinations of his own queen stand in his way. 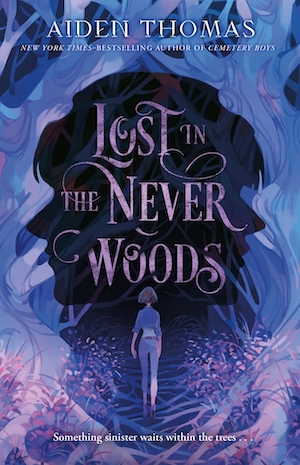 Lost in the Never Woods by Aiden Thomas

Wendy and her two brothers went missing in the woods five years ago, and that time has mostly been forgotten. But with children newly going missing, her mysterious disappearance (and equally mysterious reappearance) are gaining fresh scrutiny. Then Wendy finds an unconscious boy in the middle of the road, a boy named Peter, and he asks for her help.

For twenty years now, the only way people can have children is via a painful fertility treatment. Children born in this time are monitored strictly, with government controls that allow the removal of children from parents deemed unfit. Kit is a woman who didn’t initially want children, but changed her mind after meeting Thomas. But soon their baby girl, Mimi, is in the government’s sights for removal due to a series of mistakes. 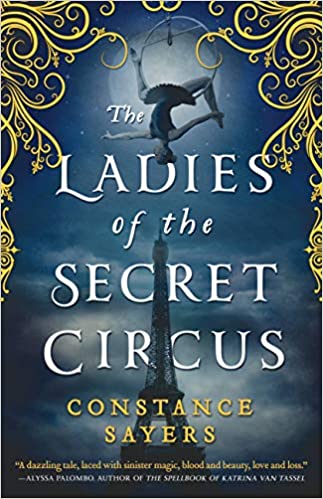 The Ladies of the Secret Circus by Constance Sayers

When Lara Barnes’s fiancé disappears on their wedding day, she embarks on a desperate search for answers that leads her to her great-grandmother’s diaries. In those pages, she reads of the dark and magical Secret Circus 80 years ago in Paris, where a daughter of the circus’ owners embarks on a passionate affair and may have set off a curse that will haunt her family for generations.

The Theft of Sunlight by Intisar Khanani

Amraeya ni Ansarim has lived in a kingdom rife with child disappearances as long as she can remember, but when her friend’s sister is taken, she must seek answers in the royal court. While her rural upbringing and physical disability invite the ridicule of some, she finds an unexpected ally in a foreign princess. With that aid, she turns to the dark streets of the city and uncovers a treachery that endangers the entire kingdom.

Stitch has an urban fantasy 101 on angels

Aliya Whiteley: We come in peace

The Future Fire has some recommendations on progressive speculative noir

Mermaids Monthly has an interview with Brigit Truex, David Bowles, and Grainne Quinlan

7 wrong lessons that creators learned from Game of Thrones which seems relevant considering that apparently HBO is considering three additional GoT shows?

Woman in Motion: How Star Trek and Nichelle Nichols forever changed the face of NASA