Sponsored by Rule of Wolves by Leigh Bardugo with Fierce Reads

The wolves are circling and a young king will face his greatest challenge in the explosive finale of the instant #1 New York Times–bestselling King of Scars Duology.

Happy Friday, shipmates! It’s Alex, with some books fresh from the Antipodes and some fun links today. I’m also just about vibrating out of my seat with excitement–by the time you’ve read this, I’ll have gotten my first dose of the Moderna Covid vaccine! Colorado just opened it up for all adults, and I got very lucky. Wishing you best luck and good health as well! Stay safe out there, and I will see you on Tuesday for the first new releases of April.

I talk more about the novels below, but here’s the full short list for the Aurealis awards, which includes a lot of really great short fiction!

Nerds of a Feather has started releasing their transcripts for ConZealand Fringe from last year.

This week’s SFF Yeah! podcast is about series spin-offs.

The 5 finger fantasy rule: a plea for mercy from SFF authors

This month you can enter to win a $100 Books of Wonder gift card.

The Aurealis Awards have been going since 1995, after being founded by Chimera Publications, the publishers of Aurealis magazine. Their purpose is to recognize Australian SFF and horror. I wanted to put a spotlight on the finalists this year, because particularly in the US, we don’t get to hear a lot about the SFF scene in Australia. So here are the finalists for Best science fiction and best fantasy novel! Congratulations to all!

(Since I’m reporting the award short list in its entirety, please note that the authors aren’t quite as diverse as we normally try to get.) 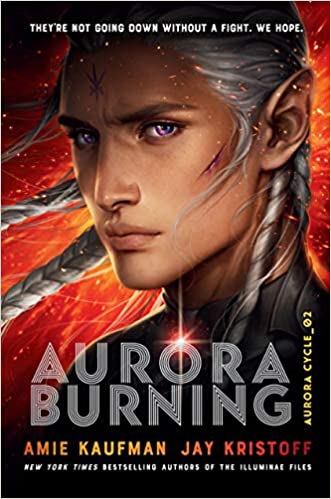 An ancient evil is about to be unleashed on a galaxy it would like to consume, and it’s up to a squad of misfits and losers to stop it… if they can take care of their interpersonal drama and the other hornets nests they’ve recently kicked over first.

Two scientists are recruited by a tech billionaire to spearhead his foundation’s effort to half climate change–and re-engineer and revive species long since lost. This effort includes Neanderthals… and when the first child is born, she struggles to figure out if she is human or not. 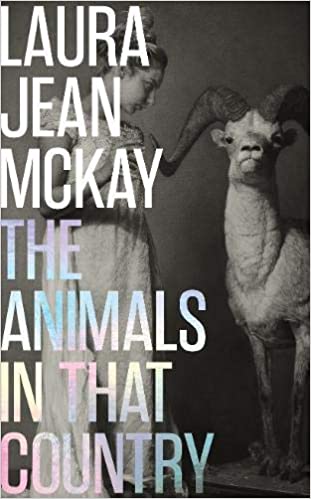 The Animals in That Country by Laura Jean McKay

A hard-drinking, no-nonsense grandma who likes animals better than people finds herself in the midst of a pandemic for which the chief symptom is the accelerating ability to understand animal languages before those sickened go mad.

In her desperation to have another child, Stacey is recruited into an experimental program that will help her conceive and carry, as long as she allows the embryo to be blended with ‘edited’ cells. 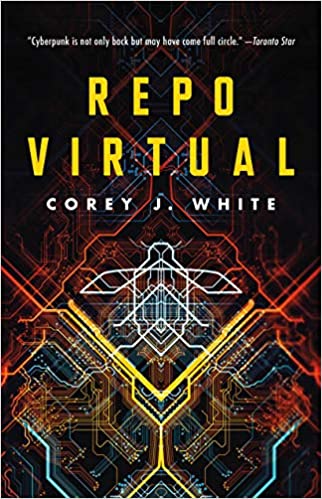 In a city made of nesting realities from concrete to the virtual, Julius is a repoman for the online and a thief for the real. But when he finds out his latest job caused him to steal the first sentient AI, his payday might become deadly.

The Mother Fault by Kate Mildenhall

When Mim’s husband goes missing and can’t be tracked, she must go on the run and find him or risk losing her children to the notorious BestLife.

Unfortunately, The Mother Fault may be difficult to find in the US. If you want to try another of Kate’s books, you can get Skylarking, though! 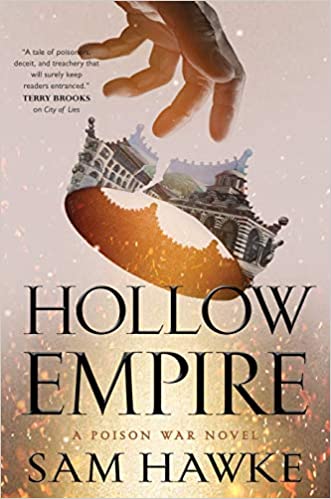 With the ancient spirits awoken, the city-state of Silasta must remake itself in a world now filled with magic and beset by assassins and witches.

The Left-Handed Booksellers of London by Garth Nix

After a long search, Susan finds the father she’d never met, just in time to see him be turned to dust by a left-handed bookseller named Merlin. Merlin is part of a group of magical beings who police the mythic and legendary, and he’s got a quest of his own: to find the entity that had his mother killed. 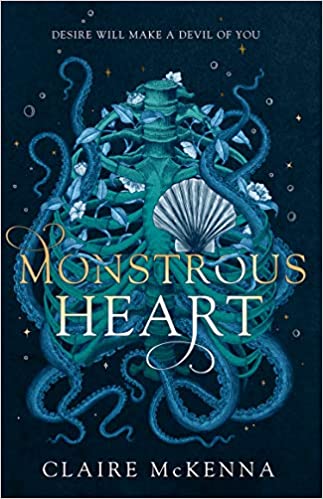 Arden has been tasked with keeping the lighthouse at Vigil burning with her magic, showing the way over a sea teeming with monsters. Her mysterious leviathan-slayer neighbor, Jonah, is rumored to have murdered his wife–and Arden can’t get him out of her mind.

In 1542, Cristóbal de Varga led 400 conquistadors through a doorway in the mountains of Peru and into a far more mysterious world from which they never returned…

Sadly, this book is not currently available in the US, but if you want to check out another of Dirk’s books, try Zenith. 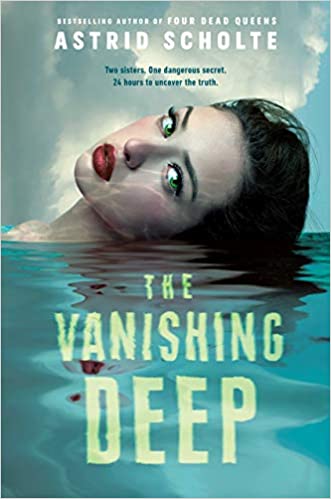 The Vanishing Deep by Astrid Scholte

Tempe lives in a world of endless water, but the ruins of the civilization destroyed by the Great Waves 500 years ago call to her from far below. The treasures she finds in them will buy a 24 hour return to life for her sister, who died bearing a terrible secret that Tempe needs to know.

The Ninth Sorceress by Bonnie Wynne

After seventeen years of innocent safety as an herbalist’s apprentice, Gwyn finds herself pursued by wizards and hunted by an ancient goddess.