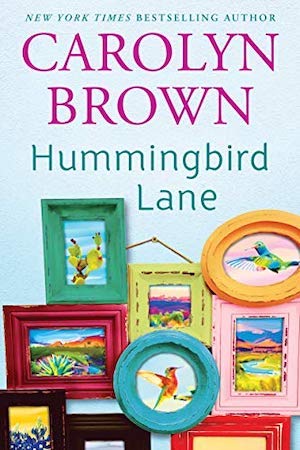 Fans of Grady Hendrix, rejoice! His hit novel My Best Friend’s Exorcism, is going to be a movie, and casting is set with production already underway! The story follows two teenage girls whose friendship is tested when one of them becomes possessed by a demon. It’s set in 1988, during “Satanic Panic” and it’ll be sure to appeal to fans of Stranger Things as well as Hendrix readers!

Amanda Gorman ‘Humbled And Honored’ To Debut At No. 1 On USA TODAY’s Bestseller List, A Poetry First

National Youth Poet Laureate Amanda Gorman continues to break records by debuting at the the number one slot on USA Today’s bestseller list, a feat not accomplished by anyone else in nearly 20 years. A print edition of The Hill We Climb, which contains the poem she performed at Joe Biden’s inauguration earlier this year, is now available with a foreword by Oprah Winfry.

Romance series getting picked up for adaptation is a thing we love to see, and two of Kennedy Ryan’s series are getting the limited series treatment! In her All the King’s Men series, a group of women are dedicated rot electing officials who support causes they’re passionate about, including social justice and racial justice. The Hoops series (start with Hook Shot) is a series of romances set in the world of NBA. Both series star strong, nuanced women of color, which will hopefully contribute to some much-needed representation on small screens.