Sponsored by The Ones We’re Meant to Find by Joan He. 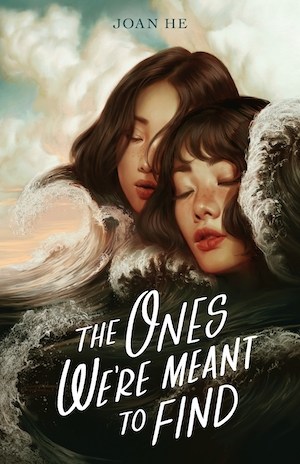 Entertainment One has acquired the rights to adapt Adam Silvera’s bestselling YA novel They Both Die at the End into a television series, with Silvera himself attached to write the adaptation. Silvera’s novel made history as the first YA novel with queer Latinx characters to make the number one spot on the New York Times bestsellers list. After the book became popular on TikTok last year, They Both Die at the End once again hit the top of the bestsellers list last month. Silvera has expressed interest in exploring more stories in the same world as They Both Die at the End, so writing a series might only be the beginning of what Silvera has planned for this story. Stay tuned.

Where the Crawdads Sing Adaptation Set for June 2022 Release

The New York Times bestselling novel Where the Crawdads Sing, written by Delia Owens, is being adapted into a film produced by Reese Witherspoon’s production company Hello Sunshine and starring Daisy Edgar-Jones. And now the movie has finally set a release date: you can expect to see it in theaters on June 24, 2022. Crawdads will also star Taylor John Smith, Harris Dickinson, Michael Hyatt, Sterling Macer, Jr., and David Strathairn.

Salt Lake City resident Kaitlyn Mahoney had long dreamed of opening up Under the Umbrella, a bookstore to represent everyone in the LGBTQ+ community. And now, after raising over $53,000 towards opening her bookstore, Mahoney’s dreams are becoming a reality. Mahoney realized that Salt Lake City is home to one of largest populations for queer people in Utah, and she wanted to create a safe space for that community, a space that was accessible to everyone. So with that in mind, Mahoney started a crowdsourcing campaign to bring a “queer little bookstore” to the city. Along with selling books, Mahoney plans to set up resources inside the store like a community pantry and a closet where people can get free clothing that aligns with their identity. Mahoney is still finalizing a location for the store.

India is currently suffering through a record-breaking COVID-19 surge. How can you help? Bid on these signed books, limited edition sets, and other bookish prizes to raise money for India’s Covid relief efforts.