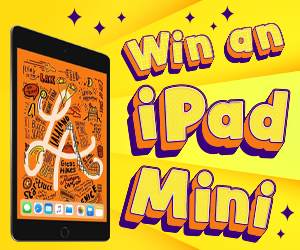 Silverview, the final novel written by John le Carré before his death in December at the age of 85, will be published this October. Le Carré gave his blessing to publish the novel, which follows the story of Julian Lawndsley, a bookseller who becomes embroiled in a spy leak. Le Carré’s youngest son Nick Cornwell, an author who publishes under the pen name Nick Harkaway, said of Silverview, “The book is fraught, forensic, lyrical, and fierce, at long last searching the soul of the modern Secret Intelligence Service itself. It’s a superb and fitting final novel…This is the authentic le Carré, telling one more story.”

Marvel has announced a new Black Panther series launching this August. The new series, helmed by 12 Years A Slave’s John Ridley and Marvel’s Stormbreaker artist Juann Cabal, will be an “action-packed espionage series” where many secrets from T’Challa’s past will come to light. In an exclusive interview with The New York Times, Ridley explained, “It’s a hybrid espionage-Super Hero thriller, but at its core, it’s a love story.” The first issue hits stands August 4th.

The new Young Adult graphic novel imprint Legendary Comics YA is launching with five original graphic novels. The imprint states that it’s “dedicated to telling original and character-driven stories across a wide array of genres. With a commitment to amplify new voices, spotlight diverse perspectives, and seek out passionate talent telling authentic stories, the imprint gives emerging and veteran artists a platform to share stories never told before and retell classics from a new point of view, in hopes to transport readers to other worlds that span a range of genres, from fantasy to historical fiction, and beyond.” The imprint’s first graphic novel, Championess by Kelly Zekas, Tarun Shanker, and Amanda Perez Puentes, is in stores now. The Heart Hunter by Mickey George and V. Gagnon will be out August 3rd of this year. The remaining three titles will be out towards the end of 2021/beginning of 2022.

Hey, 2020 and 2021 have been wild rides. If you’ve missed some of the must-read books of the past year or so, that’s understandable. Here are 20 must-read novels you might have missed that were published at the height of the pandemic.