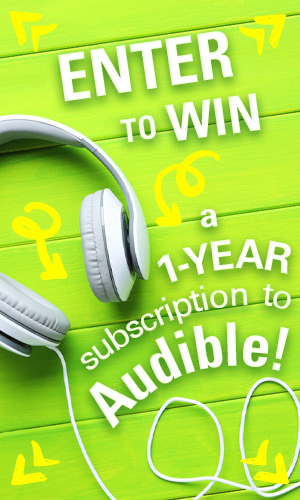 Book Riot is teaming up with the Macmillan Audio newsletter, Hear, Here! to giveaway a year subscription to Audible! Enter the form here and subscribe to Hear, Here! for a chance to win!

A little more about Hear, Here: Sign up to receive information about new releases, advance clips and more, all related to your favorite audiobooks and authors

Hola Audiophiles! I’m one week away from good tortillas, mom’s cooking, and smothering my niece and nephew with kisses, aka a week away from a visit to San Diego. Have I mentioned how thankful I am for Moderna? I can’t wait!

This was my week on All the Books, so catch me over there for some of my faves from this and last week’s new releases. Some of the titles below were discussed on the show and others are fresh additions. So many good books, and it’s supposed to be the slow season! 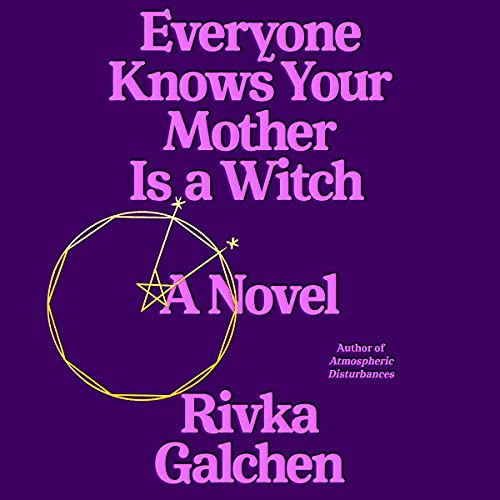 Everyone Knows Your Mother Is a Witch by Rivka Galchen

You may hear “witch trials” and think exclusively of Salem, but thousands upon thousands of women died as a result of witch hunts all over Europe, too. This historical novel begins in the German duchy of Württemberg in 1618 right as the plague is spreading and The Thirty Years War has begun. When illiterate widow Katharina is accused of being a witch by a deranged woman in their small town, Katharina’s scientist son must use his talents to defend his mother against the hysteria. Facing financial ruin, torture, and possible execution, Katharina tells her side of the story to her neighbor and friend Simon, a reclusive widower with dangerous secrets of his own. (historical fiction)

Read by Natasha Soudek (The Ministry for the Future by Kim Stanley Robinson, The Regional Office Is Under Attack! by Manuel Gonzales) 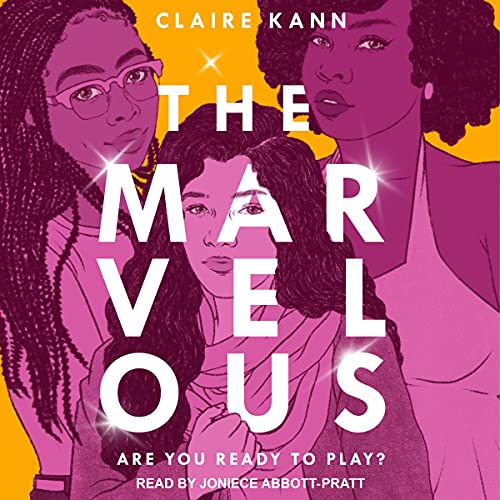 The Marvelous by Claire Kann

Socialite Jewel Van Hanen is known for her super popular video-sharing app, Golden Rule. After a mysterious year-long hiatus from the app, she surprises everyone again when she comes back with a big announcement: she’s inviting six Golden Rule users on an all-expenses-paid getaway at her private estate and calling it the Golden Weekend. When the invitees get to Jewel’s estate, she hits them with another announcement. They’re going to play a game she’s calling The Cruelest Jewel, an elaborate escape-room style situation wherein the players must complete a series of tasks for a chance at being one of two winners of $500,000. Let the games begin! (contemporary YA)

Read by Joniece Abbott-Pratt (The Other Black Girl by Zakiya Dalila Harris, Legendborn by Tracy Deonn, Raybearer by Jordan Ifueko) 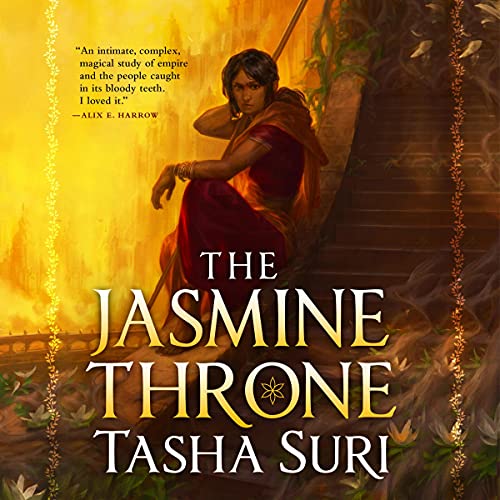 The Jasmine Throne by Tasha Suri

Malini is a princess held captive in a decaying temple by her despotic, woman-hating brother. Priya is a maidservant and survivor of a temple massacre whose hiding a secret about her true nature. When Malini witnesses the terrifying magic that Priya possesses, she sees not only a woman she could love, but way to overthrow her brother. (fantasy) 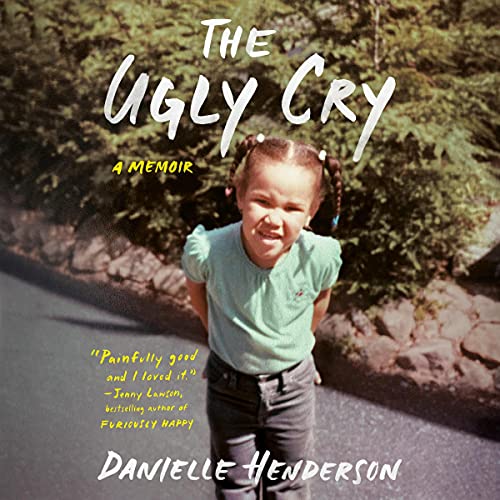 The Ugly Cry by Danielle Henderson

Danielle Henderson’s childhood was unconventional. At age 10, she was abandoned by a mom who chose her abusive, drug-addict boyfriend over her daughter, leaving Danielle to be raised by grandparents who thought their child-rearing days were far behind them. She grew up Back, weird, and uncool in a predominantly white neighborhood in upstate New York, the perfect storm of factors for an identity crisis. “Under the eye-rolling, foul-mouthed, loving tutelage of her uncompromising grandmother – and the horror movies she obsessively watched – Danielle grew into a tall, awkward, Sassy-loving teenager who wore black eyeliner as lipstick and was struggling with the aftermath of her mother’s choices.” But her grandmother also instilled in her a faith in her abilities, one she’d draw from to go on and save herself. (memoir) 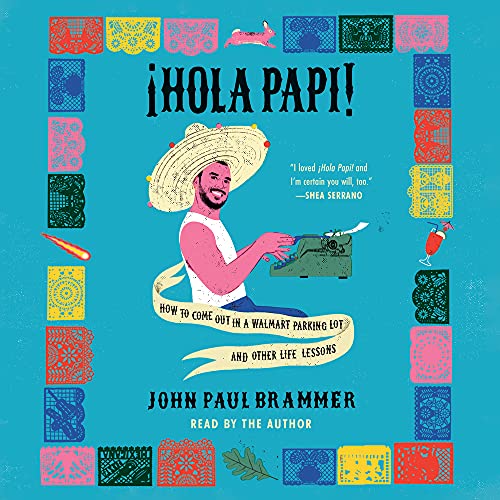 Hola Papi: How to Come Out in a Walmart Parking Lot and Other Life Lessons by John Paul Brammer

“What if Dear Abby was a Mexican man on Grindr?” This was the question that made me snort-laugh during a recent episode of Keep It! The podcast hosts interviewed author JP Brammer, the self-described “Chicano Carrie Bradshaw” of his generation. The first time someone called him “Papi” was on the popular gay hookup app Grindr. It was maaaaybe fine at first, but it kept happening over and over and over again (and as a Latina who’s been called Mami by non-Latinx men more times than I can count, I am triggered!). The radicalized moniker and all the messiness around it became the inspiration for his wildly popular advice column, named… you guessed it, Hola Papi! This book sounds like a hilarious and moving story about JP’s experience growing up biracial and closeted in America’s heartland. 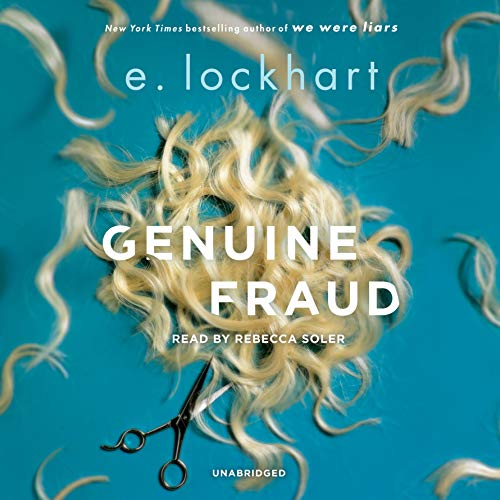 I was feeling super impatient the other day as I waited for my Libby holds to come in and started looking up available audiobooks like I sometimes do. This one from my TBR popped up and it was the perfect twisty weekend listen.

At the start of the book, Jules is living at a resort in Cabo San Lucas, Mexico when a strange interaction with a fellow guest leaves her rattled. That’s when we learn that Jules is in hiding, and now it seems she’s been found and must go on the run again. The book then progresses backwards with each chapter, revealing bits of her tragic childhood and eventual friendship with the rich and glamorous Imogen, who by the way has mysteriously gone missing. The further back the story goes, the more clear it becomes that we don’t really know anything about Jules or Imogen at all.

I “figured it out” pretty quickly, if that’s even the best way to describe this mystery, one of those thrilling reads that’s less about a whodunnit and more about the why. You’ll be confused for a good part of the book, but not in a bad way. Every chapter is a new revelation and a whole new batch of what-the-f*ckery. The narration by Rebecca Soler (Caraval by Stephanie Garber, The Hazel Wood by Melissa Albert) was taught and tense, never giving more away than was called for in the moment. I listened this one on a hike and found my pace quickening during the especially tense parts. So fun!

If you’re looking for a mystery with a less traditional structure, complex characters, and explorations of women’s relationships and ambition, this one’s for you.

at Audible: Tarana Burke and Brené Brown Created ‘You Are Your Best Thing’ as a Soft Place for Black People to Land

at Libro.fm: Black Narrators You Should Be Listening To