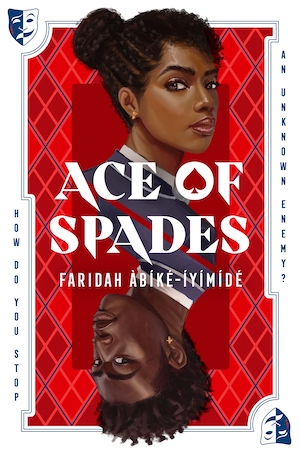 Erik Feig’s Picturestart has aquired the rights to develop and produce a television adaptation of Kim Johnson’s This Is My America for HBO Max. Jessica Freeman (Single Drunk Female) will write the script and executive produce. Josh Schwartz, Stephanie Savage, and Lis Rowinski will also executive produce alongside author Kim Johnson.This is My America is the story of 17-year-old Tracy Beaumont who is fighting for her father, an innocent Black man on death row. She only has 267 days left to save her father’s life, but her life gets even more complicated when her brother is accused of murdering a white girl. The story explores social justice and racism in America from the viewpoint of a Black Gen-Z protagonist.

Last weekend at TorCon 2021, children’s and YA book author Holly Black announced her first adult novel. The new book is a dark fantasy novel entitled Book of Night, and it’s set in a world of shadow magic where con artist Charlie finds herself pulled into the underground world of shadow trading. Holly Black said, “The book introduces us to a thief and con artist with a messy personal life and a compulsion for disaster, Charlie Hall. Her world seems familiar—but beware the shadows, where magic can be used… or used against you.” Book of Night is hitting shelves May 3, 2022.

A new social justice-driven children’s bookstore is opening at Rosemary Square in West Palm Beach. It’s called Rohi’s Readery, and the bookstore will focus on stories featuring children and families from diverse backgrounds. Pranoo Kumar, the founder of the store, explained that the bookstore is actually named in honor of her grandmother: “Rohi is actually short for Rohini. Rohini in India, my grandmother, was a steadfast advocate for educational rights for children especially during the caste system and colonized India.” The grand opening of the store is today, Friday, June 18th. Events are scheduled for Juneteenth and Father’s Day.

50+ Years of Pride: The Best Queer Books from Every Decade

2021 marks the 51st official Pride celebration. Celebrate the history of LGBTQ+ publishing by reading these notable queer books from each decade of Pride, 1970 to 2020.