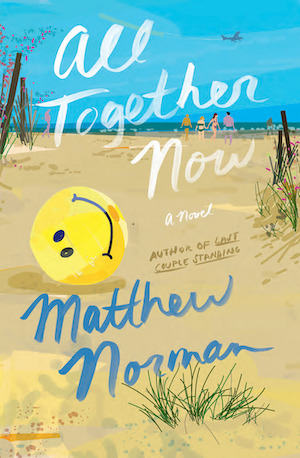 New Ms. Marvel author Samira Ahmed is the first female South Asian writer to tackle the Muslim superhero comic book character Kamala Khan. In an exclusive interview with Entertainment Weekly, the author discussed her plans for the character. Ahmed says that Ms. Marvel “looms large in my familial culture.” In fact, in her group chat with her South Asian cousins, they often use the acronym WWMMD: What would Ms. Marvel do? Ms. Marvel will be Ahmed’s first comic, and it should be hitting stands in September.

Indigenous producer Stories First has optioned Joshua Whitehead’s bestselling debut novel Jonny Appleseed for a screen adaptation. Whitehead’s novel is the coming-of-age story of two-spirit person named Jonny. Leena Minifie, CEO and producer at Stories First Productions, said in a statement, “This story has already resonated with people across the country and is one we are honored to bring to an even wider audience. As an Indigenous owned and operated production company we aim to honor the reimagining of Jonny.”

The University of Oklahoma’s World Literature Today has announced the finalists for the 2022 Nuestadt International Prize for Literature. The prize includes a $50,000 cash reward and has a history as a lead-up to the Nobel Prize in Literature. You can check out the full list of nominees here. Ten Neustadt jurors, all creative writers, will choose the winner at the 2021 Neustadt Lit Fest, which is scheduled for Oct. 25–27.

The first half of 2021 brought us plenty of twisty page-turning cozy mysteries. But the year isn’t over! Here are the best upcoming cozy mysteries being released during the second half of this year.