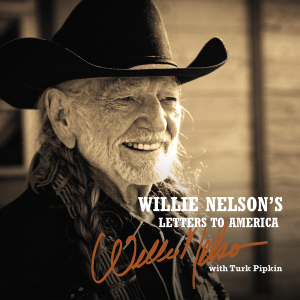 Following his best-selling memoir, It’s a Long Story, Willie Nelson delivers his most intimate thoughts and stories in Willie Nelson’s Letters to America. From his opening letter “Dear America” to his “Dear Willie” epilogue, Willie digs deep into his heart and soul – and his music catalog – to lift us up and to remind us of the endless promise and continuous obligations of all Americans – to each other, ourselves, and the nation. Enter for a chance to win Willie Nelson’s Letters to America audiobook!

Hola Audiophiles! Ok, for reals this time: this is my last Audiobooks newsletter! It’s been such a blast bringing you the deets on the latest and greatest in the audio universe. I thank you for all of your kind words and support of this newsletter, for putting up with my gratuitous body rolls and rolling with my Spanglish. As I take on a new role at Book Riot, I’m sad to say adios but muy excited for what comes next.

On that note, allow me to introduce you to the new Head Audiophile in Charge: Kendra Winchester! Does that name sound familiar? Perhaps you know her as the Executive Producer of Reading Women, a wonderful podcast that features books by or about women, or from Book Riot’s weekly audiobooks feature which she does so well. She is a wealth of audiobooks knowledge and her passion for the format shows. You are in such, such good hands with Kendra. Show her the same love you all showed me, ya hear? 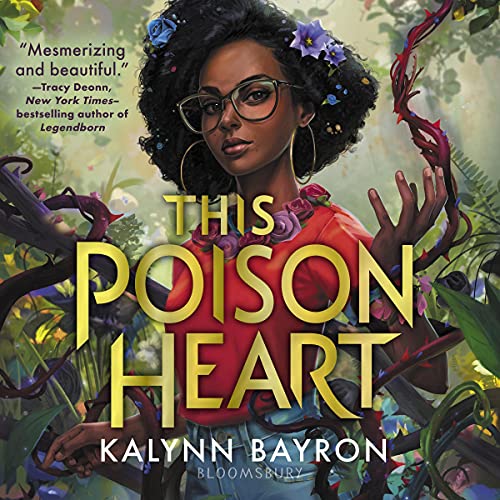 This Poison Heart by Kalynn Bayron

I have been salivating over this latest work from the author of Cinderella is Dead for months, and I somehow missed that it’s a modern take on The Secret Garden?! When Briseis’ aunt dies and leaves her a rundown mansion in rural New York, Bri and her parents leave Brooklyn behind for the summer and head to the creepy old house for some R&R. Bri hopes to use this time to hone and control her gift: she can grow plants from tiny seeds to full blooms with a single touch. But the sinister old house has other plans involving a very specific set of instructions, an old-school apothecary, and a walled garden filled with super deadly botanicals that only Bri’s family can enter. So we not not only get a magical lineage, tonics and tinctures, and a mysterious queer love interest, but I’m told this book features some of the most supportive parents in contemporary YA fiction. Sold! (YA fiction)

Read by Jordan Cobb (A Song of Wraiths and Ruin by Roseanne A. Brown, Deathless Divide by Justina Ireland) 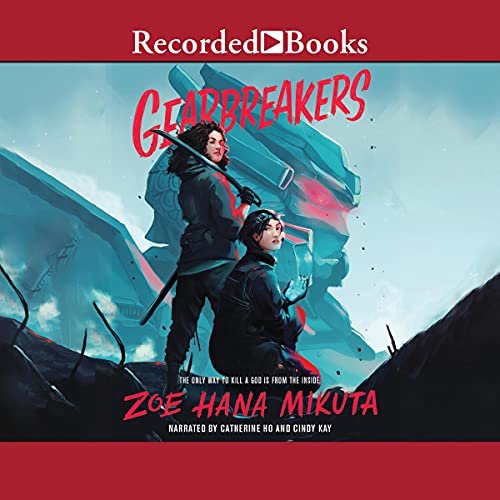 I’ve been hearing sooo much buzz about this one! Godolia warlords are spreading their tyrannical rule over the Badlands using giant mechanized weapons called Windups. Eris is a gearbreaker who specializes in destroying Windups from the inside, but she lands in a Godolia prison when one of her missions goes awry. That’s where she meets Sona, a Windup pilot and obviously Eris’ mortal enemy, right? Plot twist!! Sona has a secret: she actually infiltrated the Windup program to destroy Godolia from within. As they join forces to take on their deadist mission yet, they grow closer as comrades, as friends, and (body roll!) maybe a lil something more. (YA science fiction)

The Personal Librarian by Marie Benedict and Victoria Christopher Murray

This is a fictionalized version of the very real story about Belle da Costa Greene, J. P. Morgan’s personal librarian. She was hired as a twenty-something to curate a rate collection of manuscripts, art, and books for Morgan’s library, a role in which she excelled. But she kept a secret to herself all the while: she was Black. She wasn’t born Belle da Costa Green but Belle Marion Greener, the daughter of the first Black graduate of Harvard and a well-known advocate for equality. She claimed her dark skin came from her alleged Portuguese heritage when she was really African American. I wonder just how many more stories there are out there of Black Americans who had to pass as white to protect themselves, their families, and their legacy. The answer of course is many, and I hope we see more and more of those stories being told more widely. (historical fiction) 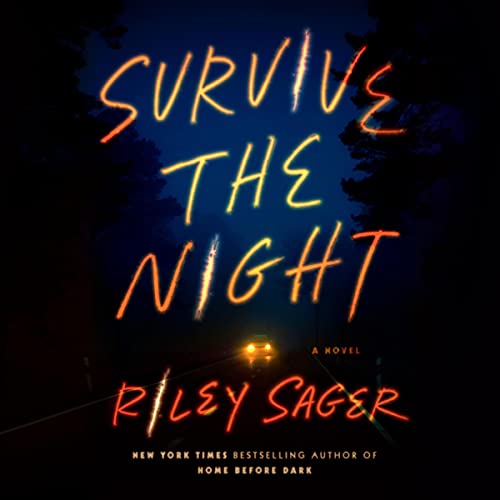 Survive the Night by Riley Sager

Liberty described this one as an over-the-top thriller and a locked room mystery on wheels, so fasten your seatbelts for a Riley Sager special! This one takes place in November 1991 when college student Charlie’s best friend has been murdered by the Campus Killer. To escape the grief and guilt, she decides to go back home to Ohio, opting to share the long drive with a stranger named Josh who she met on a campus message board. It all seems fine at first, but the further they get into the drive, the more she begins to suspect that she might have hitched a ride with a killer.

Read by Savannah Gilmore – I’m not familiar with Gilmore’s work, but samples of other titles sound super crisp, clear, and great for building the tension of a thriller.

Djinn Patrol on the Purple Line by Deepa Anaparra

I’m not even close to done with this one, but I have to talk about it because I’m loving it so much (thanks to Jamie for recommending this one over and over again)! This is an adult novel that is mostly told from the point-of-view of children in the slums of India, starting off as a coming-of-age narrative and moving slowly into noir territory. Nine-year-old Jai has watched a ton of police procedural shows, so he feels pretty confident in his crime-solving skills. When a classmate goes missing, he enlists the help of schoolmates Faiz and Pari to find out whether it’s a bad djinn is responsible for the disappearance, or a really bad person.

It starts off as a somewhat of a game, but things take a dark turn when more children go missing. Frustrated by the adults and police’s refusal to take the sudden onslaught of disappearances seriously, Jai, Faiz, and Pari take it upon themselves to get to the bottom of things.

The pacing of this book is excellent, and the narration a wonderful balance: I find adults narrating children to be real bad so much of the time, but Indira Varma, Himesh Patel, and Antonio Aakeel do an excellent job with age-appropriate storytelling that doesn’t border on the super-pitchy and ridiculous.

at Audible: Because we read queer lit all year round: The Best LGBTQIA+ Listens by Queer Authors

at Libro.fm: 3 Ways to Become a Better Reader with Audiobooks

at The Washington Post: 3 great new audiobooks for your drive, your walk, your laundry folding…

at Forbes: Self-Published Audiobooks Are The Next Great Entrepreneurial Side Hustle

Where to Find Free Audiobooks

6 of the Best Appalachian Audiobooks – written by Kendra!