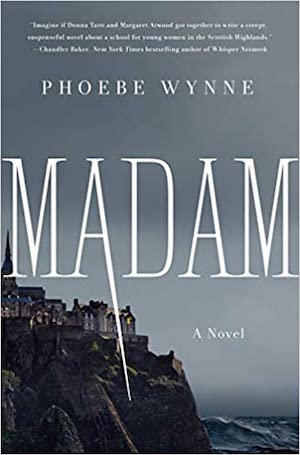 A riveting, darkly feminist debut with shades of The Secret History, The Stepford Wives, and a dash of Circe, set at a secretive all girls’ boarding school perched on a craggy Scottish peninsula and populated by an electrifying cast of heroines, Madam will keep readers engrossed until the breathtaking conclusion.

Firstly, introductions are in order! My name is Erica and I’m new to In the Club and Book Riot overall. I’m super geeked to be a new Associate Editor (okurrt!) as well as the writer for this newsletter. I only hope that I am half as entertaining as Vanessa was. I’m going to warn you right now that, as you may have already noticed, I may make the occasional Cardi B. reference. I apologize in advance.

I just spent a wonderful birthday week in New Orleans, courtesy of the good sis Pfizer, and thought I’d share one of the many new things I tried while there. Although I got to sample all the heartier dishes, like étouffée, gumbo, and jambalaya, I figured I’d share something a little more low-key. If you’re up for it, please try these wonderful Creole pralines. Yes, they’re full of sugar, but I think we all deserve a treat for dealing with this heat!

New Orleans was as musical as it’s rumored to be, and it’s got me in a jazzy, nostalgic mood. I’d like to keep the N’awlins vibes going just a while longer as I discuss books set in the idyllic Jazz Age. Now let’s get to the books! 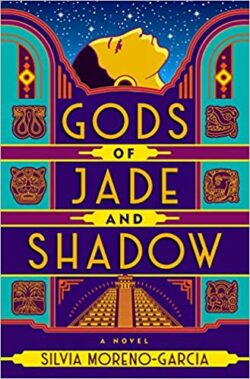 Gods of Jade and Shadow by Silvia Moreno-Garcia

I love mythology! Couple that with an intriguing setting like Mexico City in the 20s, and I’m good to go. I essentially finished this one in a day and a half with a combination of the physical copy as well as the audiobook (which I highly recommend!).

Here, we follow Casiopea Tun as she carries out her life as little more than a servant in her grandfather’s house. She discovers a curious box in his room and opens it, accidentally freeing the Mayan God of Death, Hun-Kamé. The romance that manifests during the journey they take to return Hun-Kamé to his rightful throne is juxtaposed against vivid descriptions of the Mayan underworld and skirmishes with those that oppose his return.

Book Club Bonus: There’s a good opportunity here to discuss how Mayan mythology compares with other religions, mythology, and lore. What similarities are there? What differences? Also, how do colorism and colonialism play a role in the social hierarchy here? Why did Casiopea have the status she did in her grandfather’s house? 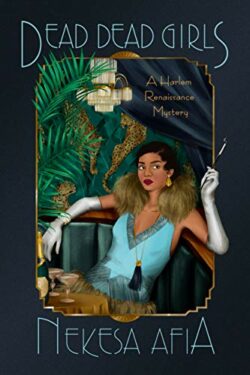 Louise Lloyd is a young, queer Black woman living in Harlem in the 1920s. As a teenager, someone tried to violently kidnap her. Although she got away, this ever-present threat of violence finds her again as Black girls are murdered in her neighborhood. After being arrested following an episode of police brutality, she’s given the option to help solve the murders in exchange for her freedom. This is maybe what the show Miss Fisher’s Murder Mysteries would be with the addition of 20s-era racism+sexism. It’s also the first in a series called the Harlem Renaissance Mysteries, so there’s more to look forward to.

Book Club Bonus: Discuss the prevalence of violence in women’s lives, and the compounding effect of otherness (being queer, a person of color, and/or disabled). What may be some of the lasting effects of these kind of experiences? Also, how did you like the structure of the mystery (how the killer was revealed) compared to other murder mysteries? 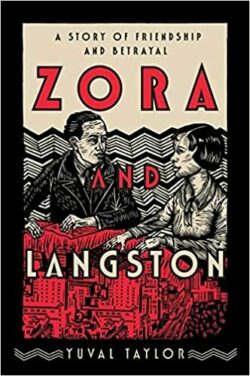 Zora and Langston by Yuval Taylor

This gives a rare glimpse into Zora Neale Hurston’s and Langston Hughes’ intense friendship that shaped the Harlem Renaissance. Their friendship was such that they wrote intimate letters to each other, traveled the rural South in Hurston’s car collecting Black lore (that would later be used in plays and books like Barracoon), and collaborated on creative projects (Mulebone). Their intimacy also meant they shared a patron in the form of a controlling white woman named Charlotte Osgood Mason, who went by “Godmother.” Despite such intimacy, their friendship would be forever damaged in the early 30s.

Book Club Bonus: Discuss what the cost of patronage was as a Black artist. What were the different stances on respectability and how did Zora and Langston fit within them? Why did Zora die in obscurity while Langston remained a well respected literary figure?

Luckily for us, Obama has shared his summer reading list, so you can have even more things to add.

Here’s yet another super handy link to the tea 🍵 on other book clubs from all over the interwebs.

And, as always, there are also our other newsletters to keep you well-read.

Thanks for staying a while! If you have any comments or just want to connect, send an email to erica@riotnewmedia.com.