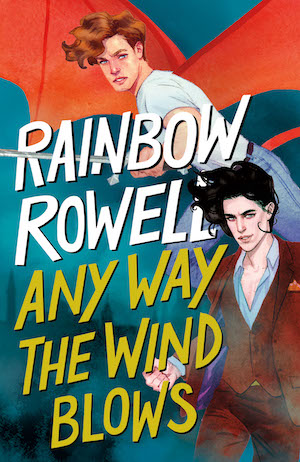 After everything they thought they understood has been proven wrong, Simon and Baz and Penelope and Agatha have to decide how to move forward. Any Way the Wind Blows takes the gang back to England, back to Watford, and back to their families for their longest and most emotionally wrenching adventure yet. This book is a finale. It tells secrets and answers questions and lays ghosts to rest. About catharsis and closure, and how we choose to move on from the traumas and triumphs that try to define us.

Today’s pick quickly became one of my favorite fantasy novels of the past few years and I’m super excited to share it with you. It’s packed with magic, humour, and witty dialogue which makes it a really fun read. 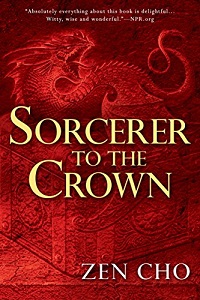 Sorcerer to the Crown by Zen Cho

Picture it: London, turn of the 19th century, and the Royal Society of Unnatural Philosophers aka the Magician Club. As you can imagine, it is a bunch of stuffy old white men. Sir Stephen Wythe is the Sorcerer Royal, the man in charge. He has a Black child, Zacharias, who he “rescued” from slavery because he saw magical talent in him. The men of the Royal Society of Unnatural Philosophers doubt that any “lesser beings” have worthwhile magical capabilities, but Sir Stephen, through training Zacharias, has proved them very wrong.

While racism is one of Zacharias’s main problems, he is also being blamed for the lack of magic flowing into England from Fairyland. Magic can only be performed in England because of this flow of magical energy and it seems to be dying out. People are blaming Zacharias for it and he is determined to figure out what is truly going on. The Sorcerer Royal serves England, not the crown, but there is a lot of pressure for Zacharias to get political.

Because of this pressure, he escapes from London for a bit to go to the entrance of Fairyland to see what is going on with the flow of magic. But his cover story is that he is going to give a talk at a magical girls school. Girls and women, though magical, are not supposed to use magic. Proper ladies are taught to suppress their magical abilities and these girls’ schools teach them how to do that. When Zacharias arrives to the school, he is in absolute awe of the magical abilities of some of the girls. Particularly, a brown-skinned girl named Prunella Gentleman.

When Prunella insists that she go to London with Zacharias, under his tutelage, the real excitement begins.

If you’re looking for something magical to break your reading slump, this book may be the ticket.

Find me on Book Riot, the All the Books podcast, and Twitter.