Sponsored by The Kingless Crown by Sarah M. Cradit. 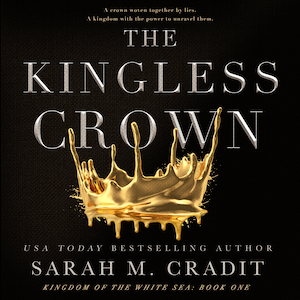 The Kingless Crown by USA Today bestselling author Sarah Cradit is now available in audio. Pre-order now for a chance to win a pair of AirPods Pro. DM @orangeskyaudio on Instagram to let us know you pre-ordered and you’ll be entered to win!

In this week’s edition of Corgi Capers, Gwen has discovered a passionate love for carrots and apples. She can’t get enough, and even steals Dylan’s snacks when she can. She’s the fastest puppy I’ve ever seen, managing to sneak past me, find her way through barriers, and chew up corners of books before I can even snatch her off the bookshelves she’s so fond of climbing.

While Gwen still enjoys destroying any and every toilet paper roll she can get her paws on, she’s finally learned to sleep in her crate. I’ve never been so excited to sleep through the night. I’m still playing podcasts and audiobooks during the day to try to encourage her to nap. Hey, I’ll take what I can get.

All of this Corgi watching has given me plenty of time to listen to audiobooks. In fact, I listened to the rest of the original Abhorsen trilogy just last week. (Tim Curry is one of the best narrators I’ve ever listened to!) Autumn always inspired me to listen to magical stories with a touch of the creepy or sinister. While necromancers are the perfect fit for this mood, I also love other magical stories like Coraline or City of Ghosts. 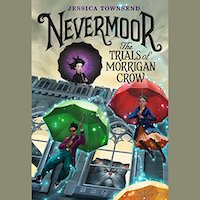 Nevermoor: The Trials of Morrigan Crow by Jessica Townsend

I ADORE magical children’s stories in the vein of Diana Wynne Jones. It’s like Alice in Wonderland, but waaaayyy less confusing (No shade, Alice. You know I love you.) So it’s no surprise that I loved Nevermoor by Jessica Townsend.

The story begins with Morrigan Crow, a girl destined to die before she ever reaches adolescence, or, that’s what she’s always been told. On what’s supposed to be her last birthday, Morrigan is whisked away to a magical land she never knew existed. Nevermoor is home to a huge menagerie of fabulous creatures, incredible holidays, and more kinds of magic than you can name.

But Morrigan learns that she’s being entered in a competition for a spot at the most prestigious magical school in the land. Each new challenge has a new task she must complete to stay in the competition. There’s dragon riding, sinister characters, and delightful giant cats.

I couldn’t get enough of this magical story, and Gemma Whalen performs the audiobook so well. She has this way of capturing your attention immediately, providing the perfect voices for the characters. Whalen also narrates the other two books in the series, Wundersmith and Hollowpox, which means that with each new story, I’m still hearing all of the same voices for characters. 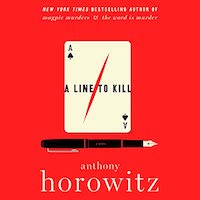 A Line About Kill by Anthony Horowitz

Hawthorne and Horowitz are back to solve another crime in A Line to Kill. This time around, they are invited to a literary festival held on an island off the southern coast of England. When someone is found dead, no one is allowed on or off the island. But will Hawthorne and Horowitz  be able to solve the crime before more people are murdered? 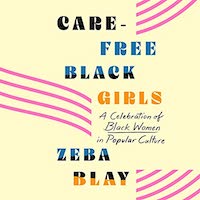 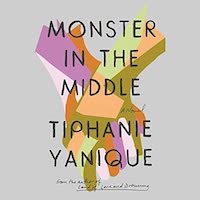 Monster in the Middle by Tiphanie Yanique

Monster in the Middle features a love story of a Muslim man from a mixed faith background and a Catholic woman from the Caribbean. But their story didn’t really begin with them. Their lives represent the culmination of hundreds, if not thousands, of decisions by their parents and their parents before them. Monster in the Middle gives listeners a glimpse into those past decisions and they affect the current generation. 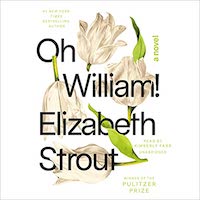 Fans of Elizabeth Strout will rejoice—Oh William! is here! Lucy Barton thought her relationship with her ex-husband William would always be unpredictable, but she never thought he would ask her to go on a trip with him. William intends on researching his family history, particularly an old family secret. But if it’s his family, why does he keep asking Lucy to go with him? 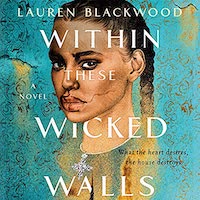 Within These Wicked Walls by Lauren Blackwood

Andromeda is an exorcist who has been thrown out of her home before she could finish getting her license. Now, she can’t seem to find a way to make a living. So when a mysterious job comes her way, Andromeda doesn’t stop to ask questions. She just says, “YES!” But that decision soon comes back to bite her as she finds herself in way over her head.

Over on Book Riot

“Disability Drives Innovation” (New York Times) – Shira Ovide writes about how audiobooks were invented to make books more accessible for blind people. She uses this first example to springboard into a larger discussion of inventions created by disabled people for disabled people.

That’s it for this week! Feel free to drop me a line at kendra@readingwomenpodcast.com or say hi over on Instagram @kdwinchester. For even MORE audiobook content, you can find my articles over on Book Riot.