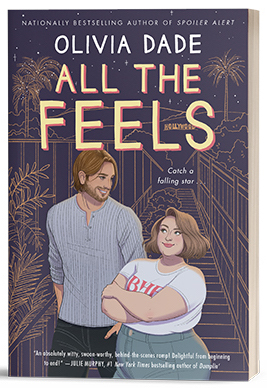 Penguin Random House US has created a new campaign called Find Your Light to reflect on the growth of the book market this year, which saw US book sales up by 12%. Find Your Light was created in collaboration with branding and marketing agency Posture Media and features illustrations from Lynn Baik. Some highlights? Apparently, we collectively listened to the audiobook version of A Promised Land by Barack Obama for the equivalent of 4,255 years in 2021. Also, over 20 million copies of manga books sold this year, more than double any other year on record.

Reginald Dwayne Betts, a MacArthur Award-winning poet who himself spent eight years in prison, is planning to convert the prison cell that’s believed to be Malcolm X’s former cell into a library for incarcerated people. While most prison libraries focus on legal texts, the Malcolm X Freedom Library will include a curated mix of fiction and nonfiction books, including prison literature like Claude Brown’s Manchild in the Promised Land and John Edgar Wideman’s Brothers and Keepers. The library will also include many traditional classics, and about one-fifth of the books will be in Spanish.

Laverne Cox has joined the cast of the Netflix film Uglies, an adaptation of Scott Westerfeld’s bestselling novel of the same name. Cox, who is known for her roles in Promising Young Woman and Orange Is the New Black, joins the previously announced Uglies cast members Joey King, Keith Powers, Brianne Tju and Chase Stokes. The role Cox will play in the film has yet to be disclosed.

There’ve Been More Than 155 Book Challenges Since June: This Week’s Censorship News

ALA has documented 155 book challenge cases since June, but the number isn’t high enough. Here’s that story and more of this week’s book censorship news.