Happy April folks! It’s the first Monday of a new month and that means it’s time for my favorite newsletter of the month: New Releases! Or, in which I do my best to get you all to buy more books so that my book buying habit looks less out of control by comparison.

Not but really, this is turning out to be such an amazing year for fiction, particularly for horror, and I really do enjoy going through my new releases spreadsheet every month and putting this list together. The hardest part is having to choose! So, as always, I’ve tried to squish as many amazing April titles into this week’s Fright Stuff as I can. So have those readings lists handy!

Fun fact: I didn’t realize until I started jotting down dates that most of these books come out at the end of April. Apparently it’s just going to be a really amazing week for new releases! 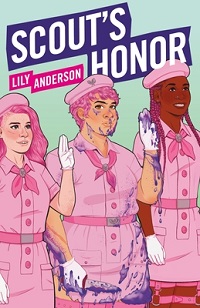 If you loved the mixed humor and horror of Anderson’s Undead Girl Gang, you will definitely want to add her new novel Scout’s Honor to your TBR. It’s about an organization called the Ladybird Scouts, who masquerade as a proper ladies society when in fact they’re trained monster hunters sworn to protect humanity. Prue is a legacy Scout, descended from a long family history of hunters. Their prey? Mulligrubs, weird interdimensional parasitic monsters who feast on human emotion. Prue walked away from the Scouts when her best friend was killed in a hunt, and she has no intention of returning. But monster slayer is in her blood, and when a heist-esque plan to infiltrate the Ladybirds goes seriously sideways, she finds herself left with only one choice. In order to save her town and everyone she loves, she’ll finally have to confront that past she’s been running from for three long years. 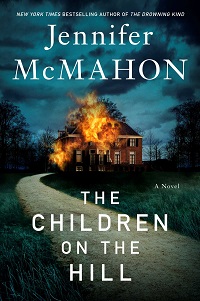 The Children on the Hill by Jennifer McMahon (April 26)

Opps. Here comes Jessica’s obsession with Frankenstein adaptations. I can’t believe this one almost slipped under my radar! The author of positively chilling fiction, Jennifer McMahon, has a new novel that starts in 1978. Renowned psychiatrist Hellen Hildreth splits her life between her acclaimed work with the mentally ill at her treatment center in Vermont and her role as grandmother and caretaker for her grandchildren Vi (Violet) and Eric. When one day Helen brings home a strange, quiet girl named Iris, the three children soon become inseparable. Together they form a Monster Club, cataloging and hunting the monsters that – according to Vi, are all around them. Fast forward 41 years to 2019, and Lizzy Shelley arrives in Vermont to hunt down a monster responsible for the disappearance of a young girl. She’s the host of a monster-hunting podcast, but her personal history with monsters goes far deeper than simple streaming content. 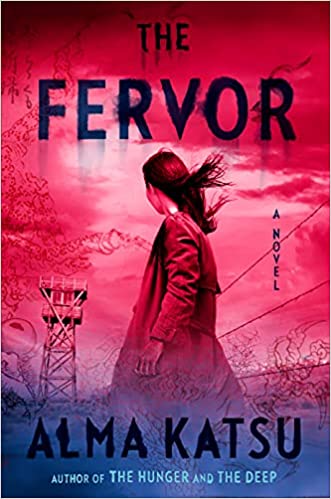 The Fervor by Alma Katsu (April 26)

I try not to double up on the same novels two weeks in a row, but it didn’t seem right to leave such a highly anticipated novel off my list of April new releases! The Fervor is set in a Japanese American interment camp in Idaho during WWII, where Meiko Briggs and her daughter Aiko are being held. Though Meiko’s husband is an enlisted pilot, she and her daughter were still forced out of their home and into the camp as potential threats to the American government. But more than human evil is at work in the camp, as a mysterious disease begins spreading among the prisoners and brings with it a team of suspicious doctors who may do more harm than good. And there’s a demon. A creature from Meiko’s childhood, and if she hopes to save her daughter’s life, as well as her own, Meiko will have to join forces with other inhabitants of the camp in a stand against the evil that threatens them all. 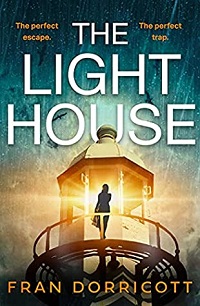 The Lighthouse by Fran Dorricott (April 26)

Let’s see. I love lighthouses. Check. Remote isolated islands in the north of pretty much any country. Check. Friends groups that are likely to collapse in mess and ugly ways under pressure (i.e. when people start disappearing). Check. Yeah, suffice to say I am really excited about Fran Dorricott’s The Lighthouse. NOW, technicalities: technically, you can already get The Lighthouse as an ebook. It’s been available since it was released in the UK in February. However, if you are a print lover like myself, the paperback will be available here on April 26th. The Lighthouse is about six friends who travel to a remote island in northern Scotland for a reunion in a stunning, abandoned building with a notorious history of mysterious deaths. (Someone needs to fire their travel agent, frankly.) When one of their party disappears, and then suddenly reappears, terrified and full of secrets about the island he won’t – or can’t – share, their trip takes a very abrupt and dangerous downward turn.

As always, I can only fit so many books in a single newsletter, so if you’re looking for even more April reads, be sure to check out Tor Nightfire’s excellent list of all the new releases they’re excited about in 2022.

Over at Book Riot, Emily Martin has put together a list of 25 of the most influential horror novels of all time.

Publisher’s Weekly considered themes related to the home and the unknown space (et al.) in their list of 2022 Gothic and Horror titles.

There’s an ‘It’ prequel series in the works at HBO Max! No saying for certain yet if it will actually happen, or get hung up somewhere in the process, but I’m still extremely excited!