Sponsored by Libby, the library reading app from OverDrive 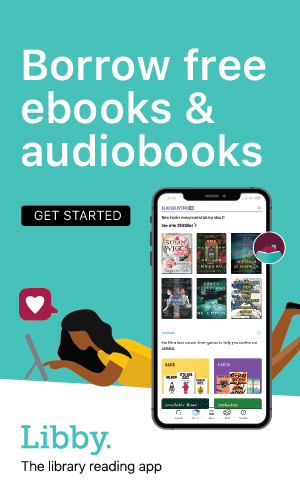 Earlier this week, GMA revealed the cover of Emily Henry’s highly anticipated upcoming novel Happy Place. The romcom book tells the story of a couple that breaks up, but they don’t tell their friends for months. So when it’s time to go on their annual vacation with their friend group, they have to pretend to still be together. Happy Place comes out in April 2023.

Entertainment Weekly has debuted the cover of Elizabeth Taylor: The Grit and Glamour of an Icon by Kate Andersen Brower. This is the first biography to tell the actress’ story with the full cooperation of the Trustees of her estate: Barbara Berkowitz, Tim Mendelson, and Quinn Tivey. “We are proud to announce the first-ever, authorized written biography about Elizabeth,” said the estate in a statement. “Because she was the most famous woman in the world, everyone thinks they know her. We can assure you that they don’t. Kate Andersen Brower will lean into her journalistic background and curiosity to delight readers and introduce them to an Elizabeth only those closest to her knew.” The biography hits shelves on December 6th.

In Michael K. Williams’ upcoming posthumous memoir, the actor shares details about the fight that led to his facial scar. It all happened one night at a club in Queens when Williams was out celebrating his 25th birthday. In an attack outside the club, Williams was cut across the face with a knife. Eventually, “the cut healed into one big swollen line and I never felt more ugly,” he writes. But in the world of acting, his scar made him stand out. “Strangers would stop me on the street and say they found my scars striking. I began to get gigs in music videos, not even to dance,” Williams writes in his memoir. “I guess the scar gave me an ‘edge.’ It made me look like the tough guy I wasn’t.” Williams’ memoir Scenes from My Life is available everywhere books are sold on August 23rd.

What the Heck is Going on with DC and Warner Bros.?

It has been a bad week for Warner Brothers and DC when it comes to their upcoming releases. Here’s the rundown.