Hello, Epic folks! Things have finally cooled off enough by me for my brain to start working again, with the added bonus of it being a reasonable temperature in which to cook, so I broke out the waffle iron this weekend. Sending you all hopes for literal and figurative waffles in turn!

No announcements this week, so let’s talk about books.

Deciding what to read this week was easy since many of my books are still packed in boxes. Side note: figuring out how I’m going to organize my shelves feels like a big undertaking. Do I do it by genre? By color? By general vibe? Some vague combination of the three? 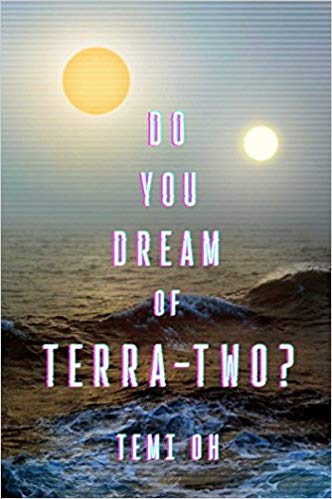 Even with all the unpacking after my move last week, I’ve made it a good way through Do You Dream of Terra-Two? by Temi Oh. The story takes place in a near future where scientists have discovered a planet that is suitable for human life, which is handy since the Earth is dying. Terra-Two is so far out in the solar system, however, that it’s a twenty-three year journey to reach it. Enter six teenagers, chosen from an elite training program after preparing their entire lives for the chance. The chapters alternate between the characters’ points of view as the cracks begin to form in each of them. It’s a more character-driven story than I was expecting, but I’m enjoying getting to know each character and their motivations.

Speaking of character-driven sci-fi, another book I enjoyed recently was We Have Always Been Here by Lena Nguyen. It follows Dr. Grace Park, a psychologist aboard a ship crewed by a mix of humans and androids destined for an unexplored ice planet, as a mysterious illness causing violent outbursts starts to infect the human crew. The crew start to suspect the androids, and Park — who has always been closer to the android crew members than the humans — is accused along with them. This one is packed with psychological horror and the most claustrophobic setting I’ve found in a while.

For next week, I think I’ll steer away from sci-fi and go for a different genre to mix things up. Assuming I unpack the rest of my books that is!