It’s the last week of August which means, that, technically fall is almost here. However, it’s possible that the weather outside will likely stay the same and it will still be hotter than heck outside. I guess we’ll have to wait and see what happens. That said, I have been appreciative of the rain that has rolled through my neck of the woods recently and hope it comes back for a longer visit.

I’m currently reading Book Lovers, for real this time, as well as Unexpected Goals, and The Unmatchmakers, which is a Kobo exclusive by Jackie Lau. I also picked up Love in the Time of Serial Killers on Tuesday. I intended to get this on Bookstore Romance Day but it was sold out. I’m still counting it for that though since that was the intention. And never mind to that muffled, angry yelling you may be hearing. It’s just my TBR pile and bank account reprimanding me. I’ve learned to tune them out.

Let’s move on to the rest of the newsletter!

“I Dust My Shelves…” T-shirt by WeirdlyBookish

I know this was the pick for this week when I legitimately laughed out loud reading the shirt. Thank goodness I wasn’t drinking anything since I might have choked a bit on it. Again, I love snark in almost everything and this shirt fits that bill. $26+ 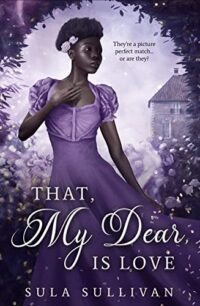 That, My Dear, is Love by Sula Sulivan

Eager to break away from the mundaneness of her day-to-day life, Prairie agrees to marry a man she never met and start a life elsewhere. When she meets her new husband, she realizes that she maybe should have given this more thought and consideration since he’s not at all what she expected. But, that doesn’t mean he’s not the perfect one for her. 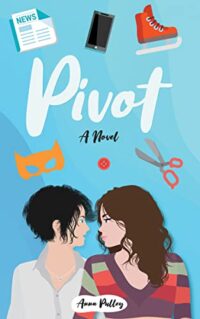 Hopeful costume designer Paula is having trouble bouncing back from a very humiliating and public experience at a cosplay convention. She ends up meeting journalist Nita, who is going through a difficult season herself, with a nasty divorce. Together, they embark on a series of mad cap adventures and, naturally, fall in love along the way.

There are some books, both inside and outside of romances, where I almost wish I was a fly on the wall when it was pitched. And this is because, in theory, the premise is a bit banana pants. And that’s fine. I’m all for banana pants as long as it’s done well.

That leads to recommendations I have for today. While I’m very open minded with most romance plots (although I do have deal breakers which I’ve talked about before), both of these made my eyebrow quirk a little bit for both the premise and, if I’m being honest, the title. But I also know that they are favorites as well and are a great way to pass a couple of hours.

Also, as fortune would have it, both are romances with a fantasy thread in it. So, if that is your fancy, you’re very much in luck today. 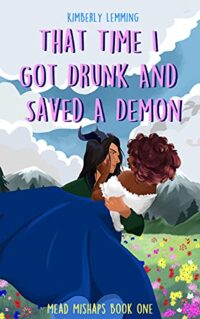 I mean, a majority of the premise is right there in the title. It’s just missing that the main female character gets dragged along on a mission to take down an evil witch after said rescuing. I had heard of this book in passing and was intrigued by the title alone. Then I saw this TikTok that the author put out, got drawn in by her pink hair, and that cemented it for me. 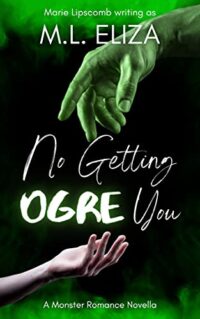 No Getting Ogre You by M.L. Eliza

I’m not sure anyone ever had ogre romance on their reading bingo card, but here we are. Don’t mistake me, though, since this is still an engaging story. There is something to be sad about a sweet, albeit large, green guy who is super sweet and understands consent. Because we all know how important that is in real life and in fiction. It’s also a novella, so it’s something that can be knocked out in a couple of hours.

Read about Ali Hazelwood chatting up her latest release, Love on the Brain in this interview. If you’re interested the book was released last week.

There are two upcoming chances to see author Danielle Jackson speak. One is on August 30th, where she’ll be discussing her recent release, The Accidental Pinup. And then in early-ish September, she’ll be chatting up Elena Armas to discuss her newest release, The American Roommate Experiment.

Build a sweet charcuterie board and get the first initial of your soul mate.

I actually haven’t seen It Follows but same my friend…same.

And that’s all I have for y’all today. I’ll be back on Thursday, which will also be the first day of September, with another fresh newsletter for you. In the meantime, you can find me occasionally posting over on Twitter under @PScribe801. Until then, happy readying and stay hydrated!