I’ve got all kinds of goodies for you this week! We spend a lot of time with recent titles here on Fright Stuff, so I wanted to kick off a new series of sorts: a monthly opportunity to give some love to the backlists titles of the dark fiction genres. After all, a good book may get older but it never dies! We’re also paying homage to a beloved figure of the Horror Genre with this week’s Bookish Good, and I get to share some really exciting new releases with you! 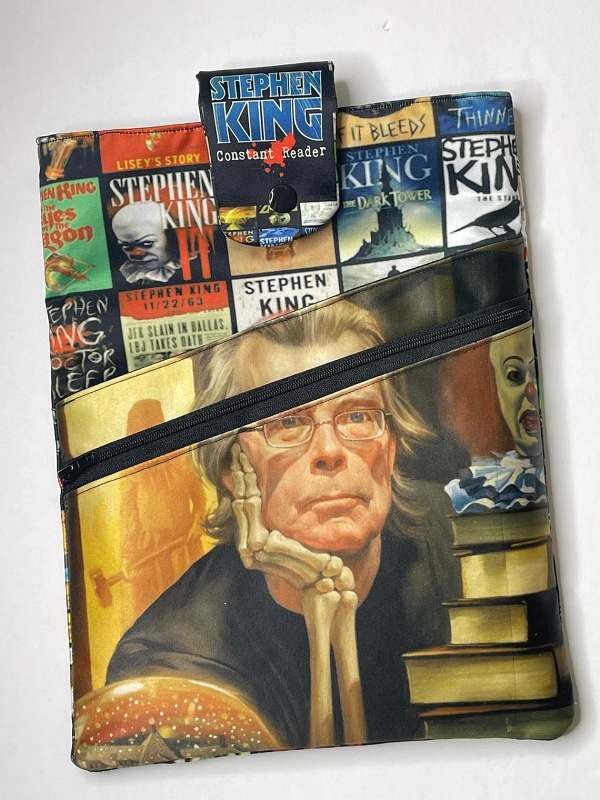 Book sleeves are an immensely handy bit of bookish merchandise if you’re the kind of reader who drags your book hither and yon as you go about your day. And this one is particularly delightful! Not just because it appeals to the Stephen King fan in me, but also because it’s a really sturdy book sleeve, and includes a separate, zippered front pocket for all your favorite reading accessories. And at 11” x 9”, it’s big enough for your hardback books or to slip your ereader into for safe keeping! 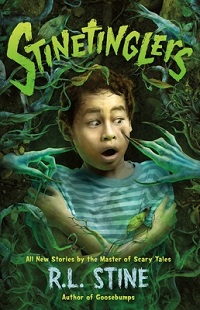 Stinetinglers: All New Stories by the Master of Scary Tales by R.L. Stine

Oh Goosebumps fans, this one is for you. The master of middle grade horror is back with a whole host of “stinetingling” stories to thrill and chill his readers. Stinetinglers is a collection of new stories from R.L. Stine, each of which is introduced by Stine and features all the gross, strange, creepy goodness you’ve come to expect from the man who filled your childhood with horror. And of course (our own Stine-related nostalgia aside) Stinetinglers would also make a great introduction to middle grade horror for the monster-loving child in your life! 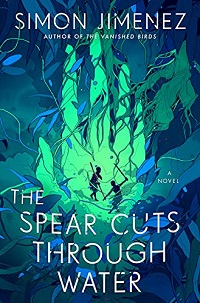 The Spear Cuts Through Water by Simon Jimenez

The Spear that Cuts Through Water is definitely more a fantasy title than a straight horror title. But what it also is, without question, is a dark fantasy title. Which is why I have zero qualms about including it in this week’s The Fright Stuff. I think you’re all going to love Jimenez’s delightfully dark story about a country held hostage by an evil emperor and his monster sons—whose terrible powers are stolen from the god they hold hostage—and the two unlikely heroes who free the god from her captors. Together the god and her rescuers will undertake a dangerous journey to try and free the country from the shadow of its despotic rulers once and for all.

I’m so glad that I landed on the idea of doing a monthly by-the-year backlist appreciation post. But my wallet — my wallet is less glad. Because putting this list together really was an exercise in going: “OMG I forgot about that book!” (And then I buy it.) “OMG I was going to read that book!” (And repeat.)

So. Sorry about your money. 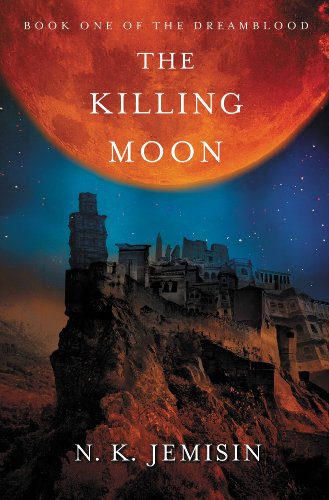 The Killing Moon by N.K. Jemisin

I’m already a huge fan of N.K Jemisin’s frequently horror-infused fantasy novels. I remember starting The Fifth Season for the first time and being amazed (and delighted!) at how dark it was. So of course I had to include The Killing Moon — which I haven’t had the pleasure of reading yet — on my list of 2012 backlist titles for this week. Set in yet another stunningly constructed fantasy world, this time inspired by ancient Egypt, The Killing Moon is about a group of people called the Gatherers, priests whose job it is to take magic from the sleeping minds of the populace. Magic they then use not just to heal, but also to judge and execute those citizens of Gujaareh that are deemed to be corrupt. Until the day Eihru, one of the Gatherers, discovers a conspiracy to use the Gatherers’ justice to murder innocent dreamers instead. 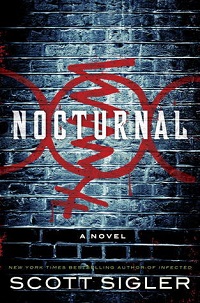 Scott Sigler’s specialty is combining action-driven horror with terrifying monsters to create stories that you’ll have a hard time putting down, and Nocturnal is no exception! Bryan is a San Francisco homicide detective who is stripped of his badge when he gets caught up in a shadowy conspiracy behind a string of recent murders. Unwilling to give up on the case, Bryan follows the threads of the conspiracy deep into the underground ruins beneath San Francisco and discovers a hidden world of monsters who feed upon the living. The closer he gets to the truth, the more Bryan learns about his connection to these strange creatures. It also becomes more and more evident that he may be the only one who can stop them. 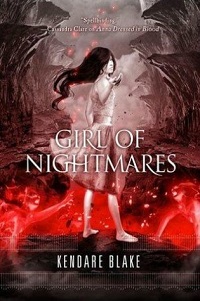 Girl of Nightmares by Kendare Blake

Kendare Blake’s Anna duology is a fantastically creepy YA horror series, which begins with the well-known Anna Dressed in Blood and concludes in Girl of Nightmares. The series is about the vengeful ghost of a teenage girl, Anna, who becomes attached to a living boy — and ghost hunter — named Cas.

Spoilers follow in the blurb, so if you haven’t read Anna Dressed in Blood yet, continue at your own risk!

In the sequel, Girl of Nightmares, it’s been months since Anna vanished into Hell, leaving Cas behind to live his mortal life. But Cas still sees Anna everywhere he looks, asleep or awake. He knows that Anna is in trouble, and that whatever is happening to her in Hell is a gruesome fate she doesn’t deserve. Which means Cas has only one option: walk into Hell and get Anna back. 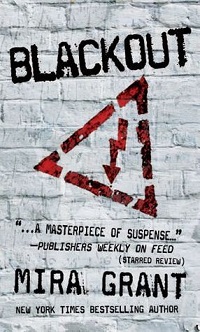 Another exciting series conclusion, Blackout brings Mira Grant’s zombie apocalypse series, Newsflesh, to a thrilling end. In Feed, a deadly virus infects the planet, wiping out society, and two bloggers try to get to the dark truth behind the infection. The story concludes in Blackout when, 27 years after the Rising, Georgia and Shaun Mason find themselves embroiled in a conspiracy far larger than either of them could ever have imagined. Now the clock ticks down as they and the remaining staff face down an increasingly bizarre and dangerous barrage of obstacles, from mad scientists to the remnants of a government gone awry, in their ongoing quest to find the truth.

Gwendolyn Kiste was on the Eyre Bud podcast, talking about her new book Reluctant Immortals, which features as one of it’s two immortal main characters the much maligned Bertha Mason of Jane Eyre infamy.

Speaking of interviews, Philippa Ballantine and Clara Carija sat down with Stuart Conover at Horror Tree to talk about their brand new addition to the Alien franchise, Alien: Inferno’s Fall.

And Sara Tantlinger was a guest on the Verses From the Void: podcast, reading from her H.H. Holmes-inspired collection of poetry, The Devil’s Dreamland, and talking about history, plagues, and serial killers. Check it out!