I hope you’ve been doing well. It’s been a sorta wild week over here, but we’re pulling everything together. Hoping for a chill weekend to sort of balance everything out. But in the meantime, let’s chat books, shall we?

Just check out this cover reveal! That Self-Same Metal by Brittany N. Williams is the first book in the Forge & Fracture Saga. This cover was designed by Chelsea Hunter. The book will be out on April 25, 2023.

And here’s the cover of Ruth Madievsky’s All Night Pharmacy, out 7/11/23 from Catapult!

Ann Napolitano, author of the 2020 bestseller Dear Edward, has sold her next novel Hello Beautiful to Whitney Frick at Dial Press. Dial said the story follows a college basketball player seeking a better life “after a childhood marred by tragedy” and after marrying into “a tight-knit family of four sisters.” The book is slated to release in 2023.

Jennifer Connelly will be starring opposite Joel Edgerton in the Apple TV+ series adaptation of Blake Crouch’s novel Dark Matter.

Megan Thee Stallion will be joining the Marvel Cinematic Universe with her cameo appearance in Marvel’s She-Hulk: Attorney At Law.

Production on the Apple TV+ limited series Lady in the Lake hit pause last weekend after multiple individuals threatened a member of the crew, according to a statement from studio Endeavor Content.

For months, contemporary romance authors like Colleen Hoover and Emily Henry have dominated the New York Times paperback trade fiction bestsellers list. And the success of these authors has been driven in large part by Gen Z readers – and social media.

Washington Post book critic Ron Charles announced in his newsletter that the paper’s standalone print book section is coming back on September 25.

After the Patmos Library was defunded by voters for carrying LGBTQ books, donors including Nora Roberts stepped up to help.

Here are the 30 most popular horror novels of 2022 (so far), according to Goodreads users — just in time for peak horror reading season!

Can’t Wait for This One! 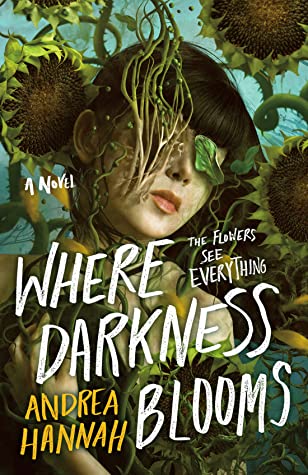 First of all, this is another book that I immediately wanted to pick up because of this fun cover. It’s somehow giving off cool, creepy, and beautiful all at the same time, and I’m so here for it. And if you’ve been reading Book Radar for a while, you know I’m a sucker for a good YA horror novel. So this one is at the top of my to-read list for 2023.

The town of Bishop has always been a strange place. There are a few things the town is most known for. There’s the recurring windstorms. There are the endless fields of sunflowers. And then there are the missing women. Women go missing so often in Bishop that when three women all go missing on one stormy night, no one bats an eye. That is, until a terrible secret is revealed at the women’s memorial.

Now the three women’s daughters are left to make sense of the secret their mothers left behind and pick up the shattered pieces of their lives. All Delilah wants is to be able to move on with her boyfriend Bennett, but she can’t bear his touch. Meanwhile, Whitney is grieving the loss of her mother and her girlfriend, and now her only solace is an old weathervane that seems to whisper to her. Jude, Whitney’s twin sister, would rather ignore the whole thing, but her secret has been revealed too: the summer fling she had with Delilah’s boyfriend. Then there’s Bo. Bo is demanding answers. Something happened to their mothers, and she’s sure the townsfolk know what it was.

— The Verifiers by Jane Pek

What I’m Watching this Weekend

I know I’m super late to the game, but I’m finally flying through Only Murders in the Building. I just finished season 1, so my prediction is that I’ll be done with season 2 by the end of the weekend. Then I’ll just be waiting around for season 3 with the rest of y’all. And I’m very excited about this casting choice for season 3!

I’m finally getting around to organizing all of my books onto these new book shelves, and look at how Remy is helping me! Remy wants everyone to know that his favorite book is this Art of Moana book, and I get it. Because Moana is the best Disney movie ever, and I will die on this hill. Fun fact: I saw this movie seven times in theaters.

Ok… sorry I got off on a tangent there. Anyway, I hope you all have a great weekend! See you next week.