Hello again! Due to the holiday on Monday, it’s been a whole week since we last spoke. If you were fortunate enough to also have a long weekend, I hope that the break was super beneficial and recharging for you.

I spent mine house/dog sitting for some good close friends of mine. It’s always nice to see a different sent of walls and I got some good reading in. Plus, I got plenty of doggo snuggles and love. So, winning all around.

I also got some reading done over the long weekend, including finishing Daisy Darker, which was not what I expected at all but in a good way. I finished Unexpected Goals and started The Dead Romantics. 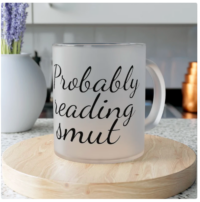 A fellow Rioter recently did an article on the word ‘smut’ and how some romance readers are looking to take it back. While I’m honest enough to admit I’m still getting use to using the term in any way, I’m all for taking something that was originally intended to be dismissive and embracing it because that’s a big middle finger to all the haters out there. $14 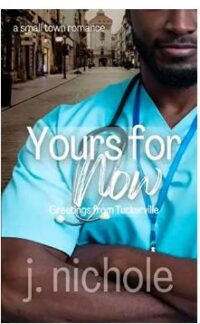 Yours For Now by J. Nichole

Shay is focused on the success of her beauty salon and taking care of her sick mother. So, she has no time for a relationship, but she is willing to take Avery up on his offer of fulfilling her physical needs. This arrangement is perfect for him as well, since he never got over the loss of the woman that he loved. But does fate, and the well-meaning members of their small community, have a different outcome in mind for them? 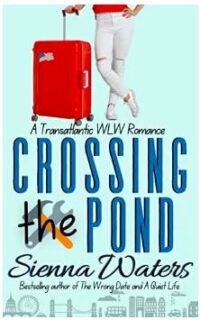 Crossing the Pond by Sienna Waters

After a series of undesired changes in her life, fortune finally seems to have smiled on Piper when she inherits a house across the Atlantic. There she meets a whole lot of new and interesting people, including contractor Camilla. When there is an instant attraction between the two ladies, they both have to take a step back to figure out if love is in the cards for them and if they’re willing to take the chance.

Even if I don’t have one of my own, I am big animal lover. There are a few reasons why I don’t have a pet, the main one being that I personally didn’t want to have a pet, feline or canine, in our very tiny apartment. There’s also the fact that the pet deposit where we live shot up to $400, which is a big fat “Yikes” followed by a quick “No thank you.”

When we do get a house, the plan is to get a pet, since I do enjoy the companionship of one. In the meantime, I live vicariously through my friends animals and the ones I read about in books. With that said, here are some books that feature animal lovers and their furry companions. 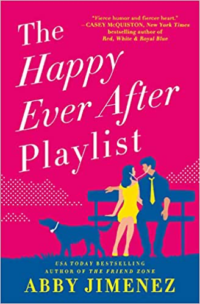 The Happily Ever After Playlist by Abby Jimenez

Tucker is just what Sloane needed to help try to get her life back on track after the loss of her fiancé a couple of years earlier. Just when a routine is starting to be set, his previous owner, Jason, who is also a touring musician, reaches out to Sloane wanting his pal back. She’s not willing to give him up and he’s not willing to back down which leads to terse text messages between the two that soon blooms into friendlier ones followed by conversations of a flirty nature. With his career and her past hurts though, will they have a chance at the titular HEA they both want? 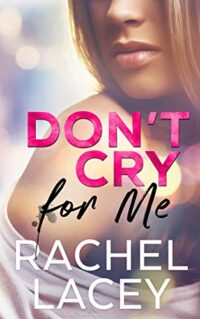 Don’t Cry for Me by Rachel Lacey

When Eve and Josie enter each other’s lives, both women have something that could benefit the other. For Eve, Josie’s recently neglected kitten rescue appears to be the savior for the box of abandoned ones she has just found. For Josie, it’s the hope that Eve’s business makeover show can help revive her late father’s bar, which is the reason for her putting the kitten rescue on the back burner. The attraction is undeniable but is it enough for them to take a chance on that as well as each other’s help?

This is just one of the many reasons Nora Roberts is amazing. Also, if you’re not subscribed to the Check Your Shelf newsletter, be sure to sign up and keep to update on the latest in all library news, good and bad.

Here are some book recommendations for all the Virgos out there.

Check out some of these awesome romances headed our way in the next couple of months.

EW put out a list of their favorite romances from Summer of 2022.

I’m sure we’ve all been on both sides of this situation.

That’s all I have for y’all today. I’ll be back in your inboxes on Monday with a fresh edition. In the meantime, I can be found posting over on Twitter under @PScribe801. Until then, happy reading and stay hydrated!