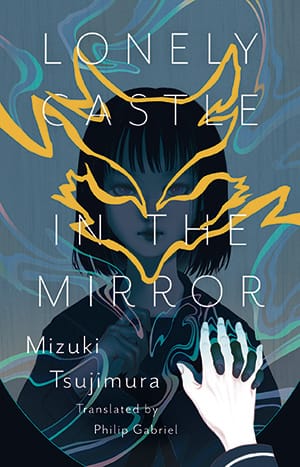 Here’s A First Look At His Dark Materials: Season 3

In its upcoming third season, His Dark Materials, HBO’s TV series adaptation of Philip Pullman’s fantasy series, is about to dig into the third novel in the trilogy The Amber Spyglass. Ahead of the premiere, HBO has released first-look images of the His Dark Materials final season. Images include James McAvoy’s return as Lord Asriel, the series’ take on angels in their physical forms, and more. “Season 3 is wild. It’s 100 percent the weirdest thing I’ve ever shot in my entire life,” said Dafne Keen, who stars as Lyra Belacqua. “We’ve done so many weird locations and just surreal scenes where you’re talking about angels and God and the most random things ever. It was wild to film it and all the set dressing and everything was insane. If the other two [seasons] were already very fantastic, this one was a whole other level of that.” His Dark Materials returns to HBO this December.

Rachel Howzell Hall, the New York Times bestselling author of And Now She’s Gone and These Toxic Things, is trying out a new genre for her upcoming novel: fantasy. In a tweet, the author announced her novel The Last One and shared the book’s cover. “So pretty, don’t you agree?” Howzell Hall wrote. “Feels good to stretch my muscles. Okay, more like build, tear, gird, break… Fantasy is NO JOKE but I’m having fun, learning things, leaning into my experience as a gamer and doing the thing. Can’t wait to share it with you!” The Last One comes out in fall 2023.

Bassam Tariq has exited his role as director of Marvel Studios’ Blade, just two months ahead of production. The film, which was set to start production in November, will star Mahershala Ali as the iconic vampire slayer Blade. The cast also includes Delroy Lindo and Aaron Pierre. Sources say that Tariq will remain attached to the project as an executive producer. “It’s been an honor working with the wonderful folks at Marvel. We were able to put together a killer cast and crew. Eager to see where the next director takes the film,” Tariq said in a statement. It’s unclear how Tariq’s exit from the project will affect the production timeline. Blade is scheduled for a November 2023 release.

This New App Wants to Help You Find Your Next Read

In July, an app called Tertulia was launched, promising streamlined book discovery. How does it stack up against existing bookish apps?