Sponsored by Flatiron Books, publisher of The Ballad of Never After 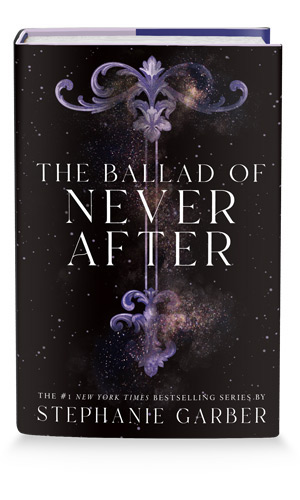 Tor has shared the cover and an excerpt from Trang Thanh Tran’s atmospheric horror debut She Is a Haunting. In the YA horror novel, a “house with a terrifying appetite haunts a broken family in this atmospheric horror, perfect for fans of Mexican Gothic.” The novel is coming out on February 28th, 2023 in both the US and UK from Bloomsbury YA.

Nobel Laureate Malala Yousafzai is producing a film adaptation of Elaine Hsieh Chou’s acclaimed book Disorientation. Disorientation is a part Malala’s overall programming deal with Apple TV+ through her production banner Extracurricular. Adam McKay’s Hyperobject Industries is attached to produce. A director is not yet attached to the project.

After two years of pandemic closures, the Oregon Shakespeare Festival is back and looking to expand. Founded in 1935, the Oregon Shakespeare Festival is one of the oldest and largest non-profit theaters in the country, and now it’s entering its “recovery season,” according to new artistic director Nataki Garrett. Garrett is looking to the theater’s future, focusing on putting on stage both new works and new approaches to older works. But not everyone is on board with the changes. “My concern is that they have decided to essentially remake the OSF into something it wasn’t,” said Herbert Rothschild, a longtime OSF subscriber and local columnist, told NPR. “If so, I think they’re going to drive it into the ground.”

If you’re ready for some scares then these new queer horror novels are for you. Haunted houses, dark secrets, and monstrous creatures abound!