Sponsored by Hyperion Avenue, an imprint of Disney Publishing Worldwide 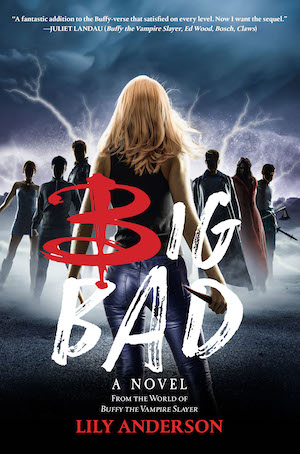 Hulu has given a series order to Under the Bridge, based on Rebecca Godfrey’s 2005 true crime book. The eight-episode drama series will follow the story of the 1997 murder of Canadian teenager Reena Virk. Quinn Shephard, the writer and director of Hulu’s feature film Not Okay, will adapt the book and executive produce. Liz Tigelaar (Little Fires Everywhere) and Samir Mehta (Tell Me Lies) will serve as showrunners, and Geeta Vasant Patel (House of the Dragon, Dead to Me) is set to direct.

Carmen Maria Machado, author of In the Dream House, announced on Instagram that she is a part of of Shudder’s new documentary series, Queer for Fear. Machado wrote, “I am in the new @shudder documentary QUEER FOR FEAR being a hot fat femme d*ke goth queen wearing my @bethditto blood-drop dress and being a spooky bitch. After I gave this interview I lost my voice for a week.” The four-part documentary series looks at the history of the LGBTQ+ community in the horror and thriller genres. The first episode was released on September 30, 2022.

Alice Braga (Queen of the South) and Jimmi Simpson (Pachinko) will be joining as leads opposite Joel Edgerton and Jennifer Connelly in Dark Matter, an adaptation of Blake Crouch’s acclaimed sci-fi novel. The nine-episode series will air on Apple TV+, written and showrun by Crouch, and executive produced by Edgerton, Matt Tolmach, and David Manpearl for Matt Tolmach Productions.

It’s never too early to see what book festivals have been announced for 2023! Here are 10 confirmed general, YA, and children’s book festivals.