We’re giving away five copies of Memento Monstrum by Jochen Till and Wiebke Rauers!

A monstrously funny novel from Arctis Books USA! This book contains Count Dracula’s memoirs. And as you would expect, there are plenty of hideous creatures in it—giant yetis, insidious werewolves, slimy fish monsters—maybe you shouldn’t read it! PS: But if you do read this book, you will be enchanted by the incredibly imaginative full-color illustrations through out, the fabulously appealing cover, and the original wit captured within.

Sponsored by The Robber Girl by Franny Billingsley 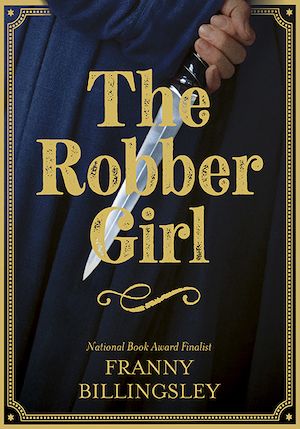 Part literary mystery, part magical tour de force—an incantatory novel of fierce beauty, lyricism, and originality. The Robber Girl has a good dagger. Its voice in her head is as sharp as its two edges that taper down to a point. She and her dagger will ride with Gentleman Jack into the Indigo Heart to claim the gold that’s rightfully his. But instead of gold, she finds a dollhouse cottage with doorknobs the size of apple seeds. She finds two dolls who give her three tasks, even though she knows that three is too many tasks. 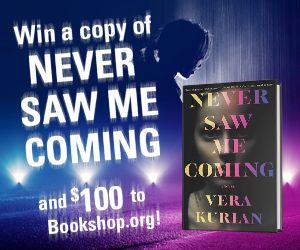 Book Riot is teaming up with BookClubbish to giveaway a copy of NEVER SAW ME COMING by Vera Kurian and a $100 gift card to Bookshop.org to one lucky winner. Simply fill out the form and subscribe to the BookClubbish newsletter for a chance to win!

In this joyful exploration of the Black Lives Matter motto, a loving narrator relays to a young Black child the strength and resonance behind the words. In family life, through school and beyond, the refrains echo and gain in power, among vignettes of protests and scenes of ancestors creating music on djembe drums. With deeply saturated illustrations rendered in jewel tones, Maxine Beneba Clarke offers a gorgeous, moving, and essential picture book. 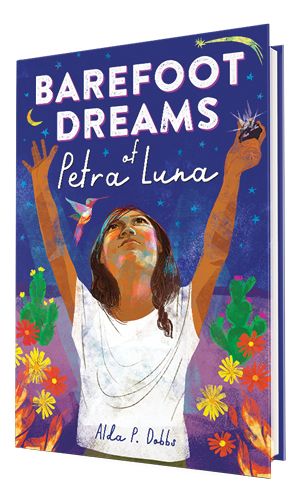 It is 1913, revolution rages in Mexico. Twelve-year-old Petra’s mama has died and before her papa is dragged away by soldiers, Petra vows to care for her abuelita, little sister Amelia, and baby brother Luisito, until they can be reunited. They flee north through the unforgiving desert as their town burns, searching for safe harbor in a world that offers none.

Through battlefields and deserts, hunger and fear, Petra stops at nothing to keep her family safe and lead them to a better life across the U.S. border – a life where her barefoot dreams could finally become reality.

Since their parents’ strange disappearance years ago, twins Mei and Yun have been raised by their grandfather, who makes the best mooncakes around using a secret ingredient.

On the day of the Harvest Festival, the emperor sends his son to sample Grandpa’s renowned mooncakes—but instead of tasting wonderful, they are horrible and bitter. Grandpa is arrested for insulting the prince, and the twins realize they are the only people who will come to Grandpa’s aid.

They set out on foot for the long journey to the emperor’s palace where Grandpa’s being taken. But will they be able to free him and manage to clear his name?

Sponsored by Other Boys by Damian Alexander 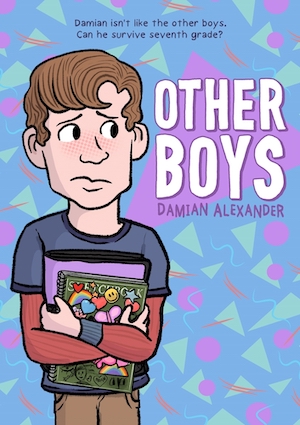 In Other Boys, debut author Damian Alexander delivers a moving middle grade graphic memoir about his struggles with bullying, the death of his mother, and coming out.

“It’s hard to describe Damian Alexander’s particular mix of earnest sweetness and searing honesty without experiencing this book for yourself. Other Boys shoots straight for the heart in every single panel, and I’m both grateful and moved.”
—Becky Albertalli, bestselling author of Simon vs. the Homo Sapiens Agenda

Sponsored by Simon & Schuster, publishers of The Book of Magic by Alice Hoffman. 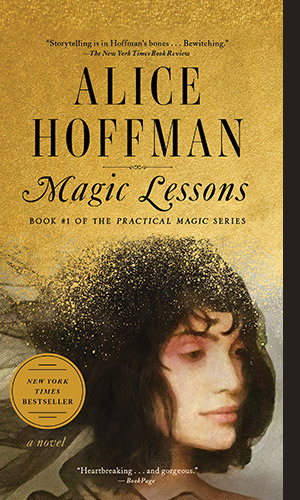 Readers first fell in love with the Owens family over twenty-five years ago in Alice Hoffman’s beloved novel Practical Magic. Now in Magic Lessons, travel back three hundred years to meet their ancestor, the formidable Maria Owens, whose fierce independence is tested when she falls for the wrong man and sparks the curse which will affect generations of her family to come. Don’t miss this “enchanting” (Esquire) prequel celebrating family, magic, and fierce women who will do anything for love.

From the New York Times bestselling author of Sorcery of Thorns and An Enchantment of Ravens comes a thrilling new YA fantasy about a teen girl with mythic abilities who must defend her world against restless spirits of the dead.

Sponsored by Farrar, Straus, and Giroux 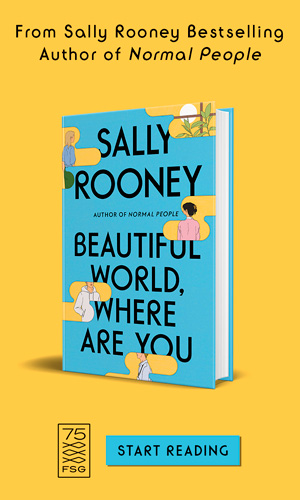 Alice meets Felix and asks him if he’d like to travel to Rome with her. In Dublin, her best friend, Eileen, is getting over a break-up, and slips back into flirting with Simon, a man she has known since childhood.

While still young, life is catching up with them. They desire each other, delude each other, get together, and break apart. They have sex, worry about sex, worry about their friendships and the world they live in. Are they standing in the last lighted room before the darkness, bearing witness to something? Will they find a way to believe in a beautiful world?