I’m writing this, our first Behind-the-Scenes newsletter, from my mother’s sofa. My twin boys are on Spring Break and I couldn’t handle them, pets, and working, all by myself. I’m a single mom and it can be a lot to juggle. When I get to feelin’ like it’s all a little much, I retreat to my mom’s house in rural Virginia and let her make me food and let my kids run around outside in some fields while I sit inside and talk about Toni Morrison on the internet. It’s not the worst. 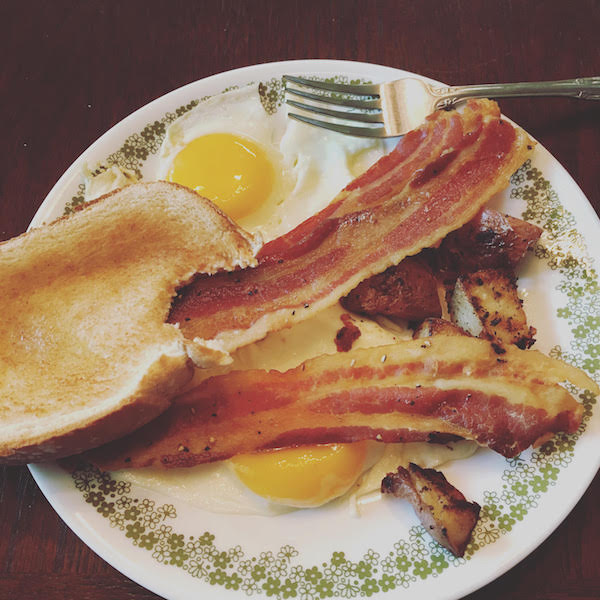 Mom food. Ain’t no bacon like bacon you didn’t have to make yourself, amirite?

I did a lot of noodling about what to talk about in this first newsletter. Was initially leaning toward my Book Riot origin story, but I’ve already done a video about that for our YouTube channel and didn’t want to retread that ground, so I thought maybe just introducing you to my brood would be a good first step. 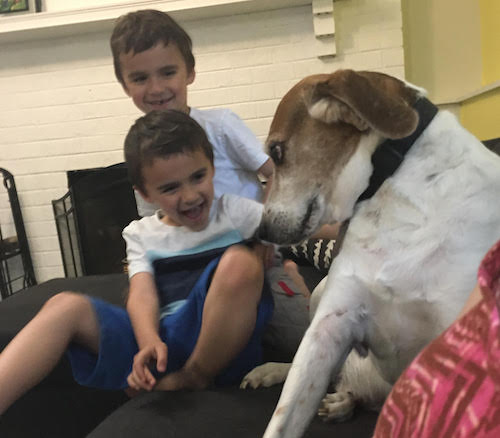 So awkward. Much side-eye. Wow.

My twins are Rhett and Atticus. Yes, those are their real names and not cutesy fake names I use for them on the internet. I didn’t even think of that option until it was too late, so whatever. The hound is Othello — so named by the SPCA because he had o’s spray-painted on his sides (a common hunter’s method for keeping track of their dogs, which obviously didn’t work with this guy). He is very un-smart and lazy and I imagine the hunter who owned him isn’t sad at having lost him, as the only thing this guy hunts is naps.

There’s also a pitbull called Lola (Tagalog for “grandmother,” so named because this dog loves kids and would pinch cheeks if she had opposable thumbs). Add in some pimento cheese, probably some whisky, and a bit of yelling about Minecraft that I 100% do not understand, and you’ve got what’s happening behind the scenes of any given work day for the Managing Editor of Book Riot.

Oh, there’s also books. Probably one of the biggest misconceptions about working where I do is that I get paid to read all day — I get paid $0 to read. I spend 10ish hours a day scheduling social media, scheduling content, wrangling 150+ contributors, managing a few staff members, recording podcasts, writing newsletters, moderating comments, writing posts, etc. So how do I find time to read? Here’s my secret: I start my work day at 6am. That’s it. It allows me to stop at 3:30 to pick up my kids from school, then read for an hour or so while they play. I make dinner, hang with them, put them to bed, read for another hour. Work for another hour. I know that’s not what people want to hear, that to fit in reading I have to start working before most people are awake, but that’s the truth.

That’s it for our first edition of Behind the Scenes! I’m @imamandanelson on Twitter if you have questions/concerns/comments, and of course I’m around on the Insiders Forum. Talk to y’all later!

Save 30% off one purchase in the Book Riot store with code INSIDERS30! 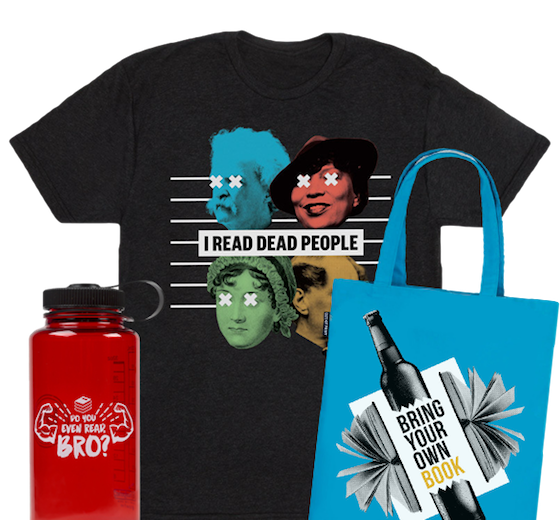 Looking for a way to get even more Riot-y in your reading life? We’re delighted to unveil Book Riot Insiders! We’ve got three tiers for subscribers, starting as low as $3/month, with perks galore; come join us.

Welcome to the pre-first installment of Behind the Scenes! I’m your host Jenn Northington, of Get Booked and various other projects, and I am here to tell you that answering recommendation requests is NO SMALL TASK.

While I have read a whole lot of books in my life (no really, like so many), when the questions coming in are as specific as the ones we get there’s not often an obvious answer. Which means my weekly prep for Get Booked goes something like:

1. Look at questions, selected by Amanda.
2. Laugh and then cry.
3. Fill in all the answers to ones I’ve actually got good reads for.
4. Start diving into Google and Goodreads lists for ideas for the others, and pray they’re available digitally from the library.
5. Download 3-5 books from Overdrive and start reading!

I don’t always finish every book, but if it seems like a good pick I’ll read enough to get an idea and then go review-hunting for further details. Every now and then I just can’t get any good books on my own shelf or don’t have time to do background reading, so I’ll ask an outside expert to recommend and do my best to represent the book well.

And now, whimsy! This is Petra, my step-cat, i.e. the cat of my college best friend, who will be coming to live with me this summer. She is just as snuggly as you might expect from this photo, and likes to spend her time napping and chirping at birds from the window. 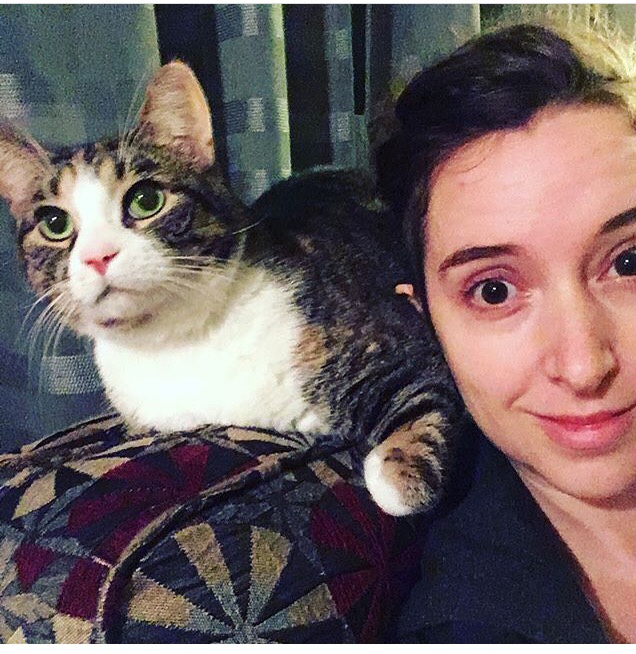