At the reader convention for fans of books and comics, like-minded attendees gathered to celebrate the power of literature

(Brooklyn, NY) – Book Riot Live, the reader convention celebrating books and the reading life, ran through Saturday and Sunday after a Friday kick-off with a wine and book pairing at the Strand Bookstore’s Rare Book Room. Over the two days, more than 1,200 attendees saw marquee presenters that included Mara Wilson, Walter Mosley, Negin Farsad, Valentine De Landro, and Ken Liu, along with BookRiot.com personalities Jeff O’Neal, Rebecca Joines Schinsky, Amanda Nelson, Preeti Chhibber, Liberty Hardy, and a variety of authors and speakers from all corners of the book world. The event was held at New York City’s Metropolitan West.

“Given the intensity of the previous week, it was an extraordinary experience to see our community come together. From speakers to staff to attendees, everyone brought their enthusiasm for books and their hopes for the future,” said Events Director Jenn Northington. “Whether the discussions were about craft or content, genre or trivia, it was clear that everyone shared a belief in the power of the written word to create change, and a commitment to making those changes happen.”

Sessions ranged far and wide. Highlights from the 24 panels: Walter Mosley spoke with Rebecca Joines Schinsky about storytelling across different mediums along with humorous anecdotes from Mosley’s far-ranging career. Comedian Negin Farsad joined fellow authors Tara Clancy, Jade Chang, and moderator Jackson Bird for a panel on using humor to deal with difficult issues, while Ken Liu and Tara Clancy talked about the opportunities and challenges of adaptations and translations. Mara Wilson and Sara Farizan challenged returning champion Mark Oshiro in Nerd Jeopardy, where Wilson prevailed as the 2016 champion.

Attendee responses and images can be found by searching the hashtag #brlive on Twitter, Tumblr, and Instagram.

Book Riot Live was presented by Bookwitty and Unbound Worlds.

Riot New Media Group, founded in 2011, creates communities dedicated to the idea that content around fandoms should be just as diverse as the fans are. So sometimes we are serious and sometimes we’re silly. Some of our contributors are pros. Many of them aren’t. We like a good list just as much as we like a good review, and we believe that there are smart, funny, and informative things to say about both. RNMG reaches 11MM monthly unique visitors through Book Riot, Book Riot Comics, and the Riot Ad Network.

Tis October! We finally get to wear sweaters and celebrate the Pumpkin King and all his various offerings. Latte, beer, pie — as far as I am concerned, the more the merrier. That applies to books as well, of course, and our Read Harder Groups are here to expand your TBR pile and introduce you to your fellow booknerds.

We’re meeting in 11 cities around the world, and we’d love for you to join us! 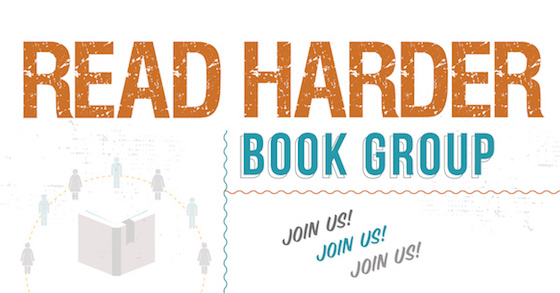 This month’s groups are sponsored by Crooked Kingdom by Leigh Bardugo and Penguin Random House Audio.

It is September, how did that even happen?! Tis the Season of Back to School, Back to Work (if you get summers off, you lucky ducks), and of course New Releases Galore. Plus, there are only three months left if you’re working your way through the 2016 Read Harder Challenge. If you’re having trouble figuring out how to prioritize your TBR pile, where to start with what’s new, and/or just want to talk about books with a bunch of other book-loving fools, the Read Harder Book Group meet-ups are here for you.

We’re meeting in a city near you this month; come join us!

This month’s Read Harder Book Groups are sponsored by A Change of Heart by Sonali Dev.

Do you like books? Do you like talking about books? Have we got a group for you. Join your fellow readers-at-large at Read Harder Book Group, meeting in your city this month! It’s an “any book” book club, which means anything you’re reading counts. You’ll get occasional goodies from our month’s sponsor and recs for your Read Harder Challenge (or just recs in general, Challenge not required).

Hope to see you soon!

Thanks for RSVP’ing to our Librarian Bash at BEA! Whether or not you made it, we’d love to hang out with you online. We’ve got:

10+ posts a day on Book Riot
8 newsletters covering everything from audiobooks to daily deals
4 podcasts covering book news, new releases, recommendations, and more
1 YouTube channel covering frontlist, backlist, our favorite authors, and more
A sister site, Panels.net, dedicated to comics
More bookish swag than you could shake a stick at
And events around the country (and the world) bringing readers together 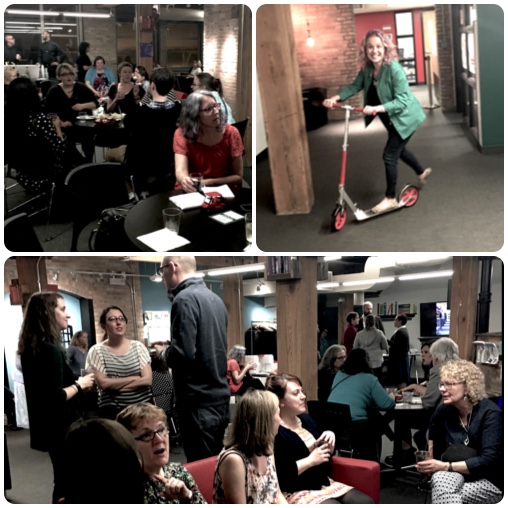 This is a one-time email, sent to you via the RSVP form for the BEA Librarian Bash.