Welcome, fellow audiobook fans, to Book Riot’s newsletter about all things audiobookish! I’m associate editor Rachel Smalter Hall, and I’ve been writing about my love of audiobooks at Book Riot for a few years now — from 8 myths about audiobooks to my audiobook conversion story and everything in between.

We’re gonna keep it loose here — this is the kind of newsletter you can read while snacking on M&Ms without pants on. We’ll be talking about audiobook recommendations, new releases, industry news, and anything else you might like if you’re someone who likes audiobooks.

And the Audie Goes To:

The Girl on the Train 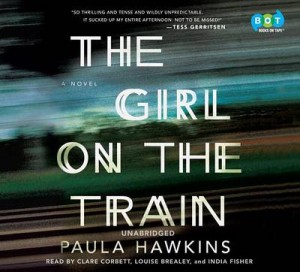 by Paula Hawkins won Audiobook of the Year at the Audie Awards Gala in Chicago on May 11. I’m also happy to see Jenny Lawson win an Audie for Furiously Happy in the Humor category, and Kate Mulgrew for Born With Teeth in the Narration by Author category. They’re both so great and you should check them out! 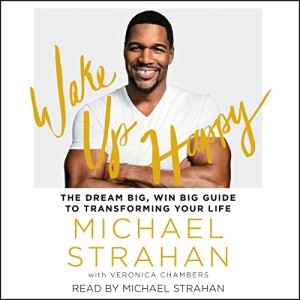 I’m NOT happy that over 90% of this year’s Audie Award honorees are white. Of 30 winning titles, just two were authored by people of color (Wake Up Happy by Michael Strahan and Veronica Chambers, who are African American, and Echo by Pam Muñoz Ryan, who is half Mexican). A third title was co-authored by a person of color (Locke & Key by Joe Hill and Gabriel Rodríguez, who is Chilean.) These dismal percentages also hold for the narrators of the winning titles.

This is especially disappointing considering 2015 is the year that brought us Between the World and Me by Ta-Nehisi Coates, Year of Yes by Shonda Rhimes, Modern Romance by Aziz Ansari, Why Not Me? by Mindy Kaling, The Fishermen by Chigozie Obioma, and so many more. Here’s to more inclusivity from the Audie Awards next time… like, a lot more.

3 Nora Ephron Books to Put in Your Ears ASAP: 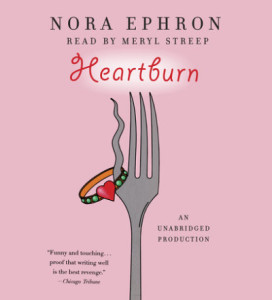 I’m feeling Nora Ephron fever! Everyone’s been talking about Nora Ephron this spring since HBO premiered Everything is Copy, the documentary by her son. It seemed like a perfect time to dig out my copy of Heartburn that Meryl Streep performed on audio in 2013.

Heartburn is the scathing, side-splitting roman à clef that Ephron wrote after she caught her husband cheating on her when she was 7 months pregnant (!), and it’s the novel that propelled her to Hollywood. Meryl Streep stars opposite Jack Nicholson in the 1986 movie version, and her encore performance on audio three decades later is PERFECTION. It’s an effortless listen that oozes with wit, character, and venom as Ephron rewrites the narrative of one of the most traumatic things that ever happened to her. And it’s legitimately the best audiobook I’ve ever listened to.

While it’s 100% possible that Heartburn will ruin all other audiobooks for you, Book Riot contributors also highly recommend I Feel Bad About My Neck and I Remember Nothing. Both are performed by Ephron and will ease your transition back to audiobooks NOT performed by Meryl Streep. 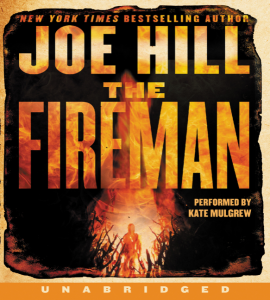 I loved Kate Mulgrew’s recording of her memoir Born With Teeth last year, and I’m just really excited to see that she’s made the leap to narrating fiction on audio! She appeared on last year’s recording of Locke & Key by Joe Hill and Gabriel Rodríguez, and now performs solo on The Fireman. (Mulgrew follows in the footsteps of Patti Smith, who’s been narrating Jo Nesbø novels since the success of her excellent memoir Just Kids.) Here’s Kate Mulgrew reading an excerpt from The Fireman.

5 Great Audiobooks Read by the Authors:

Book Riot guest contributor Zoe Dickinson likes audiobooks narrated by their own authors because she finds something appealing about getting closer to an author’s original intentions. “I love the idea of being able to listen to books exactly the way their authors imagined them. Every pause, every rise and fall of cadence, reflects the author’s own interpretation of their work.” Here are a few of her favorites to get started with.