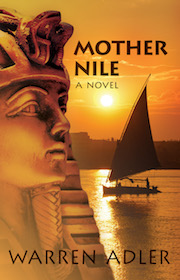 This week’s Audiobooks! Newsletter is sponsored by Mother Nile, a dazzling triumph from the bestselling author of The War of the Roses.

Mother Nile is the story of Si, the American-born son of an Irish father and Egyptian mother, who goes on a journey through the City of the Dead to solve a half-century-old mystery. When his mother makes an urgent plea on her deathbed, Si knows that he must go to Egypt to uncover the truth about his long-lost half-sister, conceived during his mother’s affair with King Farouk. This book goes on a journey into a world of sex, power, politics, drugs, and Egypt.

Hi audiobook friends! I’m having the most fun listening to Sleeping Giants by Sylvain Neuvel. A team of scientists is studying a giant metal hand that was found in South Dakota. Weirder yet, the hand appears to be just one piece of an enormous alien object hidden all over Earth. The researchers are on the brink of a huge discovery, but they don’t know if their work will be used for peace or mass destruction. Cue the juicy ethical dilemmas! 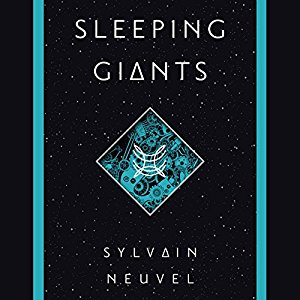 This book works so beautifully on audio. It’s performed by a full cast through a series of case files and interviews, and it feels just like binge watching Westworld or Battlestar Galactica. If you listen to Sleeping Giants now, watch for the sequel this April <3

I recently got to hang out with Book Riot Editor Amanda Nelson on Get Booked, our weekly book recommendation podcast, for an episode all about audiobooks (!). Readers wrote in asking about how to get into fiction on audio, recs for long commutes, what to give family who are just getting into audiobooks, and more. If you love podcasts as much as you love audiobooks, this episode was pretty much made just for you. 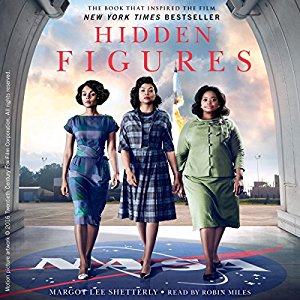 Muppet arms for Hidden Figures on its three Oscar nominations, including Best Picture! If you’ve already seen the movie, next you’ll definitely want to queue up the audiobook read by Robin Miles and take a deep dive into the lives of five African-American women who were NASA mathematicians during the space race.

Book Riot contributor Erin Burba recently caught up with Robin Miles about what it’s like to perform books by Roxane Gay, Jacqueline Woodson, Chimamanda Ngozi Adichie, i.e. allll the rad authors. The result is one of the most moving conversations about audiobooks I’ve ever encountered. Go check that out, then listen to an excerpt of Hidden Figures here.

The Most Bananas Audiobook Cast Ever, With Carrie Brownstein, Bill Hader, Julianne Moore, Nick Offerman, and 160+ (Wut?!) Others 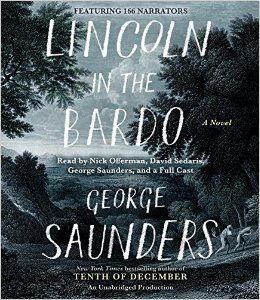 Book Riot already loves George Saunders with our whole hearts, and his first full-length novel, Lincoln in the Bardo, is hands down one of our most anticipated books of the year. So when we found out the audio is read by a record-breaking 166 actors, we flailed around in stunned excitement for a full minute before we were able to collect ourselves enough to start sharing our joy.

Lincoln in the Bardo takes place over a single night when President Lincoln visits the graveyard where his son’s body has been laid to rest. Catch the extended cast list and more in this run-down by Book Riot Contributor Emma Nichols.

The Handmaid’s Tale Podcast You Didn’t Know You Needed 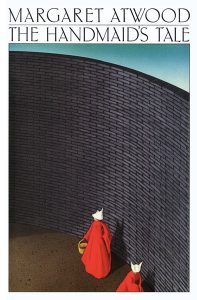 There’s never been a better time to brush up on Margaret Atwood’s The Handmaid’s Tale, can I get an amen? We’re all SUPER EXCITED about The Handmaid’s Tale adaptation coming to Hulu in April starring Elisabeth Moss. But there’s another adaptation you can enjoy right now! Book Riot Contributor Patricia Thang has been loving a podcast adaptation of The Handmaid’s Tale on Secrets, Crimes & Audiotape that started January 3 and runs for six weeks. Get the full scoop here.