As if we didn’t have enough bad news in our lives, physics students have done the math on the zombie apocalypse and we are all doomed. According to their initial calculations, it would only take 100 days before the human population would be unsustainably decimated. Why physics students are working on epidemiological models I cannot say, but I am delighted that these findings were presented for peer-review.

Last week I gave you some short fiction; to balance the scales, have some long series! You’re going to need to stock up on lengthy reading material for your zombie-apocalypse bunker, after all.

If the apocalypse arrives in 2017, it will be EXTRA ironic because then we’d miss Good Omens coming to a screen near us in 2018. The BBC are turning one of the funniest end-of-the-world novels of possibly ever into a six-part series, and I cosign the heck out of The Nerdist’s dreamcast.

Alright, some non-apocalypse news. I have refused to watch Amazon’s The Man in the High Castle for a variety of reasons (JK, it’s basically because I am a jerk-purist about this book), but I was delighted to see this reading list from Teresa — she covers books that are read-alikes, books inside the book/series, actual history, all the angles! It makes my History Major heart grow three sizes. (I am still not going to watch the show.)

The following reviews are certified zombie and/or apocalypse free. (FOR NOW.)

Empress of a Thousand Skies by Rhoda Belleza 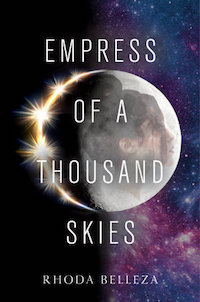 This is a book about a space princess on the run from a murderous conspiracy, and that is probably all some of you need to hear. For the rest of you, there’s a lot to love about Belleza’s debut. Following the aforementioned space princess Rhiannon “Rhee” Ta’an and soldier-turned-reality-star Aly, Empress introduces us to a galaxy in which a tenuous peace is about to be shattered. Rhee is the sole heir of her dynasty and is pretty sure her family was killed by the current Regent, so she’s spent the last ten years plotting revenge. Naturally! (This is where all those “Arya Stark in space” parallels come up.) Now that she’s turned 16, she’s ready to be crowned and to wreak her vengeance. But on the way to her coronation ceremony, everything goes to hell in a handbasket.

Poor Aly, the sidekick on a reality show about patrolling soldiers (I was initially skeptical of this future-TV spin, but it really grew on me as the plot developed), becomes the center of a new incident and is branded a traitor and murderer. And Aly is where the politics of Belleza’s galaxy really show up, as he’s the reluctant public face of a refugee population. His struggle to prove his innocence leads him into Rhee’s orbit. While they don’t actually meet in this first installment (who wrote that cover copy?), they’re definitely on a collision course.

The action is solid (spaceship fights! Hand-to-hand fights! Assassins! Religious cult archers! Deadly robots!), the world well-built, and the characters endearing. Belleza also neatly avoids a couple of my least-favorite YA tropes, although I’m not telling which because spoilers. For those looking for #ownvoices, this definitely qualifies and the main characters are clearly non-white. In conclusion, read this so we can yell at each other about the big twist, mmkay? 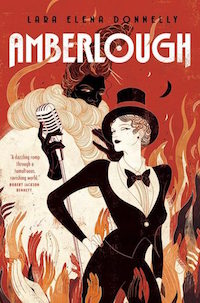 I promised you cabaret last time, and cabaret you shall have! Donnelly has written a spy thriller set in an alternate world, and I absolutely devoured it. (Technically this is speculative fiction, folks, as there is no magic.) I’ve been trying to come up with my elevator pitch, and keep getting stuck somewhere around “It’s like if The Great Gatsby and Tinker, Tailor, Soldier, Spy went through a wormhole and then had a baby.” Baz Luhrmann would definitely be tempted to adapt this.

Cyril dePaul is a spy, and a louche one at that. His lover Aristide Makricosta is a smuggler, dealer, and cabaret emcee. Their arrangement involves them pretending they know nothing about each other’s real jobs while half-heartedly spying on each other, and also definitely not falling in love, not even a little. They live in Amberlough City, center of graft, whimsy, and liberalism. When Cyril falls into the hands of the conservative neighboring province’s spy forces, their relationship has to come to an end — but neither wants to let go. In the meantime, streetwise singer and small-time dealer Cordelia is just looking to keep herself in rent and food, but finds herself sucked into the darkest side of politics as the encroaching One State Party makes its move.

The plot is meticulously paced, as are the switches in POV (close third, in case that matters to you). The parallels to historical and current politics are obvious and, for some readers, perhaps a little on the nose. But what made this book such an incredible read for me were the character arcs. Cyril’s cynicism and self-interest; Aristide’s savvy and force of character; Cordelia’s political awakening; their interactions with the richly imagined and portrayed supporting cast, all held me from the first to the last page. Not to mention the ending! It hit me in the feelings place, I tell you what. This book is so vivid that a month after reading, I was still thinking about it enough to dreamcast it.

This newsletter is sponsored by Age of Order by Julian North.

Inequality is a science. Giant machines maintain order. All people are not created equal.

Daniela Machado is offered a chance to escape the deprivation of Bronx City through a coveted slot at the elite Tuck School. There, among the highborn of Manhattan, she discovers an unimaginable world of splendor and greed. But her opportunity is part of a darker plan, and Daniela soon learns that those at society’s apex will stop at nothing to keep power for themselves. She may have a chance to change the world, if it doesn’t change her first. 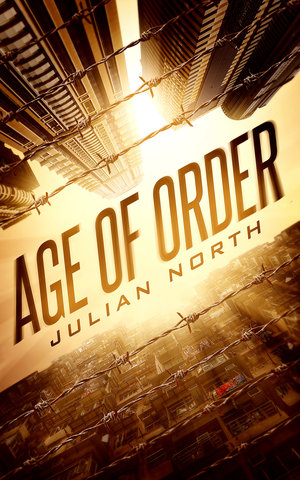