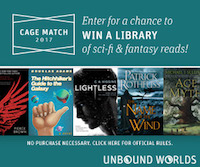 Have you heard about the bill that would ban the works of Howard Zinn in Arkansas public schools? Zinn’s A People’s History of the United States presents U.S. history from the point of view of the oppressed: Native Americans, slaves, women, immigrants, the poor, and Civil Rights activists. It’s also been climbing the bestseller lists since January. 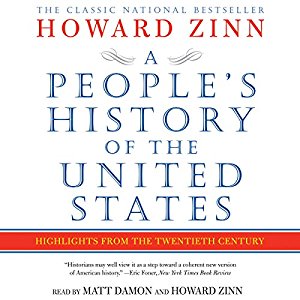 With all the interest in Zinn’s work, there’s no better time to check it out. But with the print at almost 800 pages and the audio at almost 35 hours (!), I offer you an alternative: the fabulous A People’s History of the United States: Highlights From the 20th Century read by Matt Damon and Howard Zinn! Zinn was an inspiration for Good Will Hunting, and the two were neighbors during Damon’s childhood in Boston — they have great chemistry on the audiobook. The best part? It clocks in at just over 8 hours.

If you’re in the mood for the full version, you can’t go wrong there, either — it’s read by Howard Zinn’s son, Jeff.

10 Audiobooks for When You Have the Sads 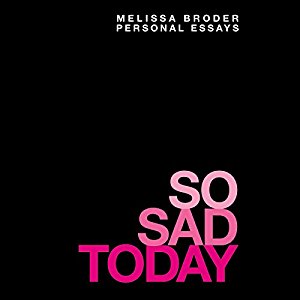 Do you turn to books when you’re feeling blue? So does Book Riot Contributor Katie MacBride, who writes that she’s been having “just a sort of gray, lethargic feeling of uninspired, overwhelmed blah.” She’s been craving audiobooks in particular, since they’re so great for lounging around the house, staring listlessly at all the things that you should be doing. (YUP, I feel those feels.) Read on for 10 audiobooks that Katie and her fellow Rioters recommend to help you through a funk!

8 Historical Fiction Listens For Readers of All Ages 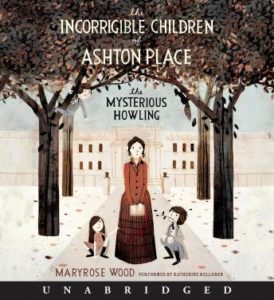 Little House In The Big Woods kicks off Book Riot Contributor Kristy Pasquariello’s round-up of historical fiction that readers of all ages can listen to together. She’s found that holy grail, the magical mermaid-unicorn (idk, just go with it) of audiobooks that will satisfy everyone who has to be in the same car together. Read on to immerse yourself and your traveling companions in another time and place.

Try This If Audiobooks Make You Fall Asleep 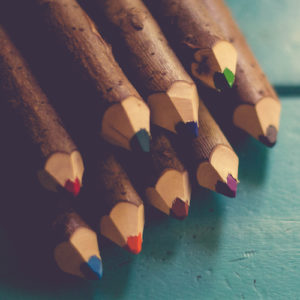 Picture this: a sunny kitchen table, a pencil case packed with bright colors, and an audiobook queued up nearby. Book Riot Contributor James Wallace Harris has discovered that he loves coloring black and white illustrations from classic books while listening to audiobooks, which he incorporates into his daily practice of mindfulness. It’s his time to turn off his thinking mind, enter a meditative state, and simply listen while coloring within the lines. Bonus: he doesn’t nod off. Get the details here.

Smalls out! Thanks for another week of audiobook nerdery. If you want to stay in touch and swap audiobook recommendations before the next Audiobooks! Newsletter, you can find me on Twitter at Rach_Smalls or on Instagram at LadybitsKnits.