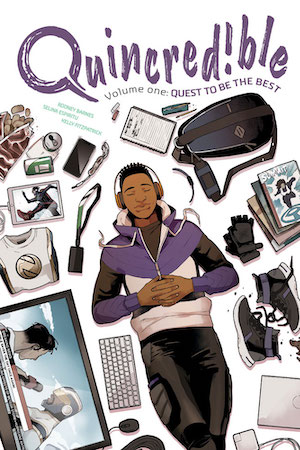 Invulnerability is a pretty useless superpower if you’ve only got a one hundred pound frame to back it up. That’s what Quinton West’s life became when he went from small guy who got beat up to small guy who can’t get hurt after the meteor shower dubbed “The Event” gifted him the power of invulnerability but no other powers to compliment it. But there’s more to Quin than meets the eye, and Quin realizes that he can use his quirky hobby of creating Rube Goldberg-like devices to outsmart the opposition.

Hey readers! I’m back with another batch of new releases. 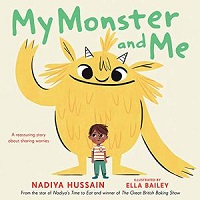 My Monster and Me by Nadiya Hussain, illustrated by Ella Bailey

In this book about panic disorders, a little boy is followed around by his monster. Though the monster has always been there, he hasn’t told anyone about them or the worries that come along with their appearance even though it keeps him from playing with his friends. But when he finally opens up to his grandmother about it, the monster starts to get smaller. 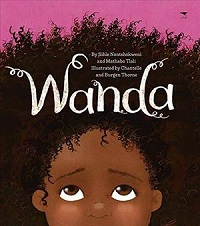 This South African picture book follows Wanda, a girl struggling to find pride in her big hair. Though her mom combs her hair into a big afro every morning, Wanda puts it into a new style when she gets to school so that other kids won’t tease her and her teacher won’t declare her out of uniform. But when Wanda turns to her grandma, she learns about all the amazing women with hair just like hers. 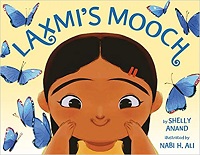 This sweet and funny picture book follows Laxmi, who’s distressed when her friends point out her mooch (the Indian word for mustache). When she tells her parents, they explain lots of women in Laxmi’s family have had a mooch, and Laxmi is able to find pride in herself and her appearance. 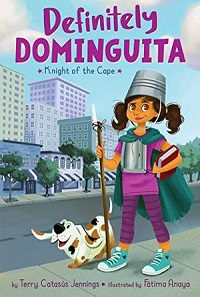 In this series-starter of a new chapter book series, Dominguita takes on a school bully who says girls can’t be knights. To prove said bully wrong, Dominguita and her friends go out into their community to help people in need. 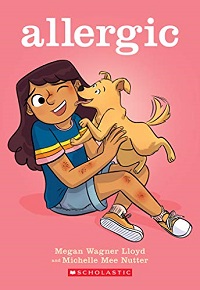 This charming graphic novel follows Maggie, who just wants something of her own. Her parents are busy preparing for the arrival of a new baby, and her younger brothers are off in their own world. So when Maggie is given the chance to choose a puppy on her birthday, it’s a dream come true. Until she breaks out in hives and learns she’s allergic. Now the search is on to find Maggie the perfect pet. 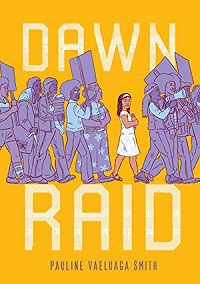 This historical fiction novel is set in the 1970s in Wellington, New Zealand where Sofia, a biracial girl, is drawn into political activism. As police carry out 4 AM raids, Sofia’s family is introduced to the work of the Polynesian Panthers, a group that fights for the rights of Indigenous people and Pacific Islanders. This is written in Sofia’s diary entries and includes charming illustrations of her journey to standing up for what’s right.

Until next week! – Chelsea