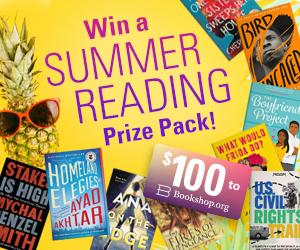 Book Riot is teaming up with Open Book to giveaway a summer reading prize pack which includes $100 giftcard to Bookshop.org Here’s a little more about the Open Book newsletter: We created Open Book to amplify BIPOC, LGBTQIA+, and other traditionally underrepresented voices in the publishing world. We ask writers to be open books about their lives, work, process, inspiration, and interests to help readers get to know new voices with a broad range of backgrounds, experiences, and ideas that shape our society.

Hola Audiophiles! So guess what: I’m a big ol’ liar. Well, not so much a liar as a person who can’t correctly read a calendar. This is my second-to-last Audiobooks newsletter, not the last like I accidentally told you it was. That’s good news though, right? Let’s get right to it! 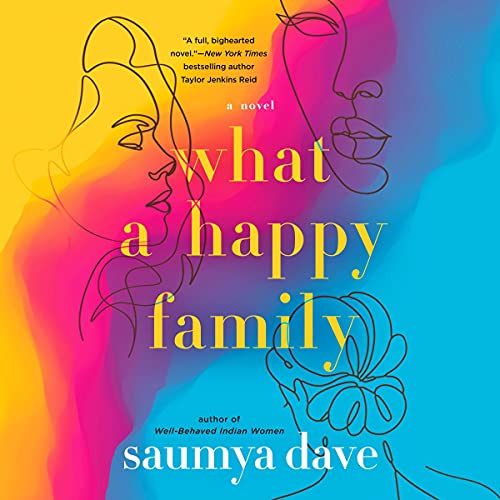 What a Happy Family by Saumya Dave

The Joshis are outwardly an immigrant success story and the quintessential Indian American family. Bina is a pillar in her community, Deepak a successful psychiatrist. Their eldest daughter is following in the footsteps of her father’s career; their middle daughter is getting engaged to a longtime family friend; and their youngest son is a blessing—because all sons are! Then a family scandal cracks the veneer of perfection surrounding the Joshis; friendships unravel, a marriage is shaken, and rejections lead to overwhelming self doubt. In the midst of public humiliation, the Joshis learns that sometimes families fall apart only to come back stronger than before. (fiction)

Read by Soneela Nankani (Recipe for Persuasion by Sonali Dev, The Widows of Malabar Hill by Sujata Massey) 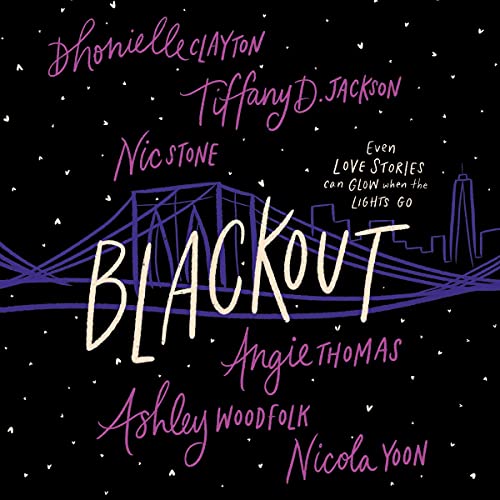 Six beloved, best-selling, critically acclaimed authors come together in this beautiful celebration of Black teen love. Set during a New York City summer when a heatwave blankets the city in darkness, the collection is comprised of interlinked stories that are as hilarious as they are heartwarming, a testament to the light of love and the power of Black joy. (young adult, romance)

Read by an ALL STAR TEAM, are you ready for this!? Joniece Abbott-Pratt, Dion Graham, Imani Parks, Jordan Cobb, Shayna Small, A.J. Beckles, Bahni Turpin. What a lineup! 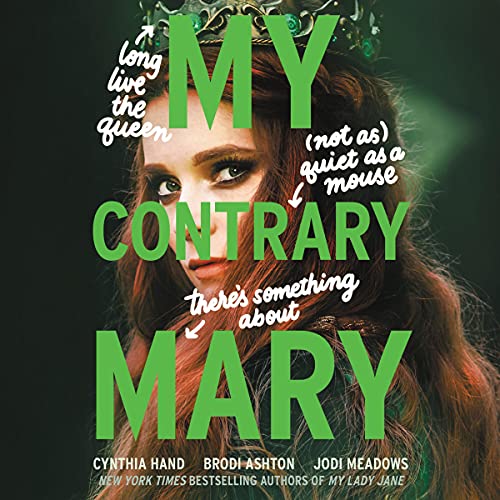 This is the first book in the next installment of the historical Lady Janies series. While the first three books focused on Lady Jane Grey, the Mary books now set their sights on one of my favorite historical figures, Mary Queen of Scots. In Renaissance France, Mary is Queen of Scotland and the jewel of the French court. But also: she’s sometimes a mouse. You read that right: a mouse. When the French king meets a suspicious end, Mary and her betrothed Frances are forced on the throne. Mary will need to keep her shapeshifting identity a secret, otherwise heads might just start to roll. (young adult, historical fiction)

Read by Fiona Hardingham (Rosaline Palmer Takes the Cake by Alexis Hall, An Ember in the Ashes by Sabaa Tahir) 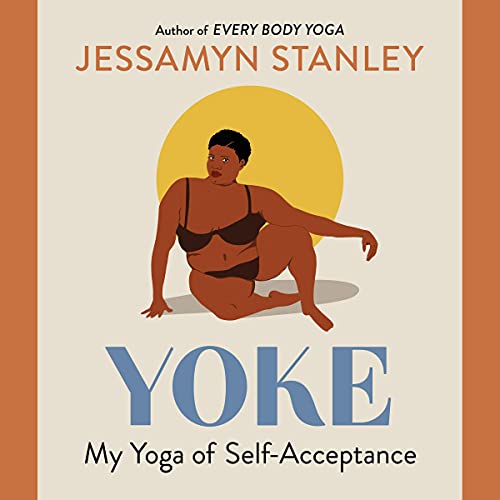 Yoke: My Yoga of Self-Acceptance by Jessamyn Stanley

Jessamyn Stanley is a proudly fat, Black, queer yoga teacher whose first book Every Body Yoga got me to see a place for myself in yoga. While that book focused on the how, Yoke is about the why. “This yoga of the everyday is about finding within life’s toughest moments the same flexibility, strength, grounding energy, and core awareness found in a headstand or Tadasana or cobra pose.” Jessamyn is very real, very funny, and very no-f*cks-given on social media; I have no doubt these very personal essays on self-love, body positivity, race, sexuality, cannabis, and more will follow suit. (nonfiction, spirituality) 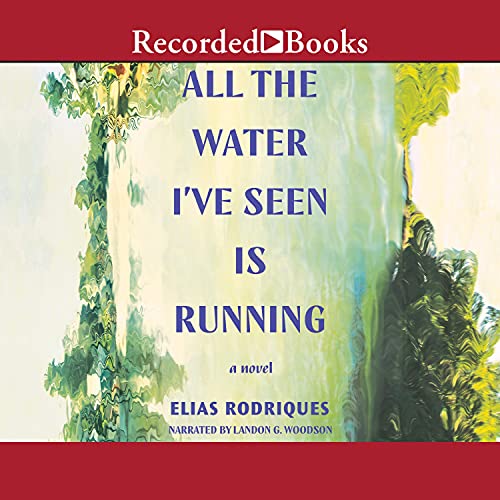 All the Water I’ve Seen Is Running by Elias Rodriques

Aubrey, a self-identified “Southern cracker”, and Daniel, the mixed-race son of Jamaican immigrants, were high school classmates and friends in a North Florida town. Years after they’ve lost contact, Daniel is living in New York when he hears of Aubrey’s death. Now comfortable in his queerness, he’s left to confront his love for Aubrey. He begins a frantic search that takes him back to the place of his upbringing, tinged by racism and poverty, to find out not only what happened to Aubrey, but to find meaning in her death. (fiction, LGBTQ)

Read by Landon Woodson (Light It Up by Kekla Magoon, That Way Madness Lies by Dahlia Adler) 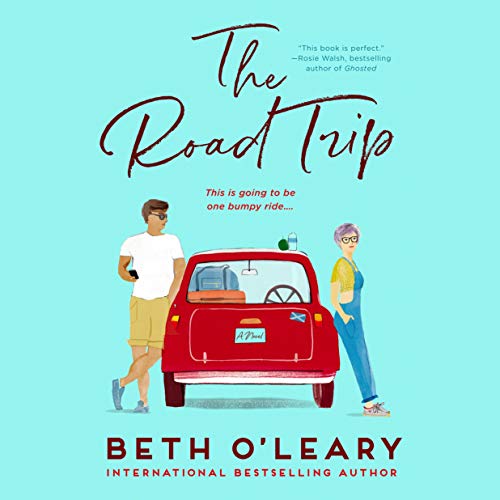 The Road Trip by Beth O’Leary

This book, I heart it so. I haven’t read Beth O’Leary’s The Flatshare, but I was obsessed with The Switch last year. This next rom-com was exactly what I needed, though a little more hard-hitting than I expected it to be. Lemme give you the deets.

Addie and Dylan spent a summer falling in love under the Provence sun. Addie was a wild child working at her friend Cherry’s glamorous villa as a caretaker for the summer. Dylan was a wealthy Oxford student vacationing at that very villa, a trip he elected to make on his own when his family bailed after a big dramatic fight. From the moment Addie and Dylan locked eyes for the first time, it was game over. Twas a wild, romantic, sexy, and sun-drenched affair.

Years later, that bliss is entirely a thing of the past when the now former couple’s lives collide most comically: on their way to their friend Cherry’s wedding (you know, the one with the villa), Addie and her sister Deb are involved in a crash. Addie looks in the rear view mirror to get a look at the car behind her, and wouldn’t ya know: it’s Dylan in the driver’s seat. With one car wrecked and time a’ticking, Addie and Deb (very) begrudgingly agree to drive Dylan and his best friend Marcus to the rural Scotland wedding. Things so super smoothly and there’s absolutely no drama or awkwardness.

Obviously, I’m kidding. It’s a hot damn mess! There’s clearly all kinds of unresolved stuff between Addie and Dylan, details of which are revealed in alternating perspectives and in flashbacks to happier (then unhappier) times. It’s got some heavy stuff (trigger warnings to follow) and there’s some good commentary on the immense value of therapy. I won’t lie, I spent a LOT of time despising the Marcus character, and I think this would make a great book club read for the discussion of “what’s the difference between loyalty and just hanging onto a toxic friendship” thing, a topic with a lot of grey area when you take into account the “hurt people hurt people” thing, and that most of us don’t want to be defined by the actions of our youth. The book is also absolutely hilarious, even a little slapstick at times in an unexpected but delightful way. The side characters here add a lovely touch and I laughed out loud more than a few times.

The narration felt spot on for Addie and Dylan specifically, from the tender moments to the sensual ones and the raw expressions of hurt and betrayal. This was much heavier than I expected, but also that much more delightful when the HEA came around. It felt earned and not thrown together just for the sake of the HEA. (romance, rom-com)

at Slate: The audiobook industry is collectively squirming through the cultural debate on representation and casting (honestly, it’s about time)

at Audible: 10 “Finfluencers” You Should Know – I’m reading the book by Tiffany Aliche right now (Get Good With Money) and it is so accessible and great.

at Libro.fm: Quiz: Your Next Audiobook for Pride Month and Queer-Owned Bookstores to Support – which we of course do all year!

at AudioFile: In Conversation with Golden Voice Narrator Soneela Nankani