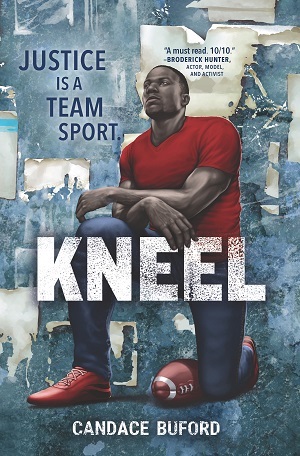 For guys like Russell Boudreaux, football is the only way out of their small town. As the team’s varsity tight end, Rus has a singular goal: to get a scholarship and play on the national stage. But when his best friend is unfairly arrested and kicked off the team, Rus faces an impossible choice: speak up or live in fear.

Welcome to Read This Book, a newsletter where I recommend one book that I think you absolutely must read. The books will vary across genre and age category to include new releases, backlist titles, and classics. If you’re ready to explode your TBR, buckle up!

This week’s pick is a heartfelt and charming YA novel that also happens to fulfill a Read Harder challenge, if you’re looking for ways to tick books off that list as we approach the end of the year! 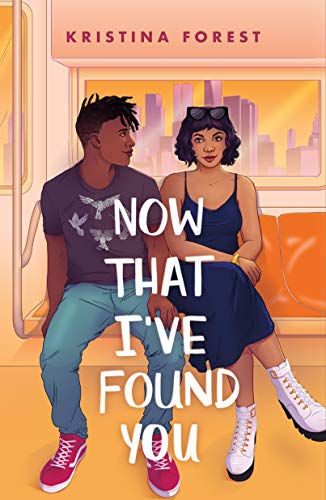 Now That I’ve Found You by Kristina Forest

Evie is on the cusp of achieving her wildest dreams: She’s just graduated from high school and been cast in a major movie, following in the footsteps of her legendary grandmother, the actress Evelyn Conaway. But when she puts her trust in the wrong person, Evie’s acting career is sabotaged and she finds herself fleeing LA to visit Gigi in New York, where her grandmother has been living rather reclusively for the past ten years, hoping that her famous grandmother can help her get back on track.

But Evie gets a shock when she discovers that Gigi isn’t living alone—she’s taken in a young man Evie’s age named Milo, who does her grocery shopping and keeps her company. Evie suspects that Milo is out to take advantage of her grandmother’s wealth, but before she can prove it, Gigi takes off and vanishes, leaving a note that says she’ll be back “soon.” With the clock ticking down on Evie’s last chance at acting success, she turns to Milo to help find Gigi…and learns some surprising truths about herself and her family along the way.

First off, I loved that this book is about Hollywood without being about the shallow trappings of Hollywood. Even though Evie is on the outs and desperate for a way back in, the story is far more grounded than you would expect. Gigi taking off and not lending a hand forces Evie to confront herself and her own ambition, and decide just how far she’ll go to achieve her goals. She must also reckon with how the world perceives her, and how the people who matter to her perceive her. That makes this book especially impactful as she and Milo go on a whirlwind scavenger hunt across NYC and through her grandmother’s past to find her. Evie’s goals shift throughout the story, taking you to unexpected and unexpectedly wonderful places, and there’s just enough romance to keep you satisfied and swooning. This is a book about staying true to yourself while chasing your dreams, and tending to your relationships, all told in a really relatable way…although most of us probably aren’t likely related to movie stars or Hollywood hopefuls ourselves. I was thoroughly charmed by the story and the characters and I’m actually sad that none of the fictitious movies and actors that Forest filled this story with are real! I highly recommend this is you’re looking for a funny and romantic book that has some hefty family issues, but isn’t dark!

Find me on Book Riot, the Insiders Read Harder podcast, All the Books, and Twitter. If someone forwarded this newsletter to you, click here to subscribe.