Sponsored by The Red Palace by June Hur, with Fierce Reads 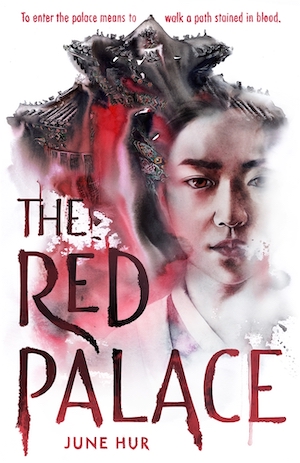 Al Roker Entertainment has optioned best-selling novel The Personal Librarian by Marie Benedict and Victoria Christopher Murray for a limited series. The novel tells the story of J.P. Morgan’s personal librarian, Belle da Costa Greene, a Black woman with light skin who was forced to pass as white. “The Personal Librarian is a favorite in our household, and it demonstrates historical fiction at its best,” said Al Roker. “We are always looking to work on projects with purpose and this story is relevant now more than ever. The female lead lives in secrecy and goes to the ends of the earth to hide her identity and protect her family in a very racist world and we look forward to bringing this story to more households. It also excites me whenever I can work with my wife on a project we both think is important.”

HBO has released the first teaser trailer for season 3 of My Brilliant Friend, which premieres on HBO Max on February 28th. The third season will be eight episodes and will adapt Elena Ferrante’s novel Those Who Leave and Those Who Stay. The series stars Gaia Gerace as Lila and Margherita Mazzucco as Lenù.

A Tennessee school board has removed the Pulitzer Prize-winning graphic novel Maus from an eighth-grade language arts curriculum due to concerns about profanity, nudity, and Holocaust depictions. In an interview with CNBC, Maus author Art Spiegelman said, “I’m kind of baffled by this,” and described the school board’s actions “Orwellian.” Author Neil Gaiman also spoke out against the ban in a tweet: “There’s only one kind of people who would vote to ban Maus, whatever they are calling themselves these days.”

The 2022 PEN American Literary Award Finalists have been announced! This year’s awards will confer $350,000 to writers and translators in eleven different categories that include fiction, nonfiction, poetry, biography, essay, science writing, literature in translation and more.