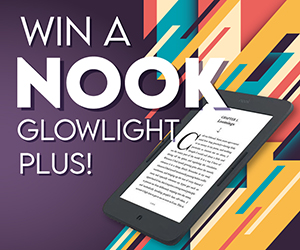 Oprah Daily has another exclusive cover reveal! This time, they’re revealing the cover for Nam-Joo’s Saha, a dystopian novel set amid a run-down housing complex, “charting the fates and foibles of a range of characters as they hold on—barely—in a society devoted to the expansion of inequity.” The novel will be published by Liveright on November 1st.

Sabba Khan’s debut graphic novel, The Roles We Play, has won the Jhalak prize for best book by a writer of color. This is the first graphic novel to win the award. Meanwhile, the children’s and young adult prize went to Maisie Chan for her children’s novel Danny Chung Does Not Do Maths, illustrated by Anh Cao. The Jhalak Prize was established in 2017, co-founded by authors Nikesh Shukla and Sunny Singh. Singh, who serves as director of the prize, said, “This year, the judges have picked two pioneering books that are courageous, full of heart and break new ground for publishing today and open pathways to writers and creatives of colour who shall follow. These are two books for the new literary canon.”

The Raven Earns Bookstore of the Year Honor from Publishers Weekly

The Raven Book Store in downtown Lawrence, KS, was recognized this week by Publishers Weekly as its “Bookstore of the Year.” Four other stores across the country were in the running for this year’s honor: Books Are Magic, in Brooklyn, N.Y.; Mitchell’s Book Corner, in Nantucket, MA; Two Birds Books, in Santa Cruz, CA; and Madison Books, in Seattle, WA. The Raven’s owner Danny Caine called all nominees “amazing stores.” Caine says the bookstore community really roots for one another. In an interview with the Journal-World about the honor, Caine said, “One of the biggest honors of this whole thing was just being able to be mentioned in the same breath so many times with those other great stores that we look to for inspiration and guidance and solidarity and friendship.”

This week’s book censorship news, including a warning about upcoming challenges and protests to Pride displays and events.