One of my favorite things to do is take a week off working to do absolutely nothing. I try to do it around my birthday, as a way to ease into another whole year of life. I’m off this week for that reason and cannot wait to spend time indulging in self-care, fancy coffees from my favorite cafe, doing yoga, and, of course, reading.

You’ll hear from one of my fab colleagues the rest of the week and into early next. 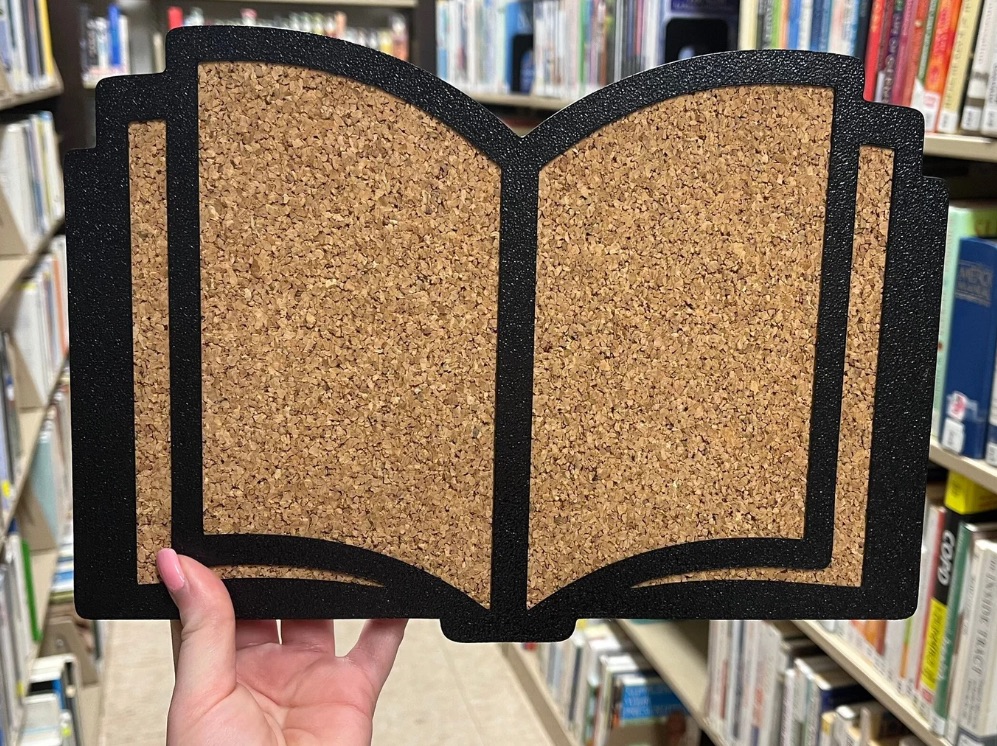 Book Pin Board by TowerofTreasure

I adore this cork board shaped like an open book. How fun would this be as a place to track your reading progress or, if you work in a school or a library, a place to share what you’re reading/book recommendations/engage in a passive program with teens? $29+.

Let’s look at two hardcover books hitting shelves this week. You can find the rest of this week’s new releases in the summer 2022 YA book release roundup. The fall roundup of new hardcovers hit Book Riot last week, too, so get ready to launch into that more fully in October. 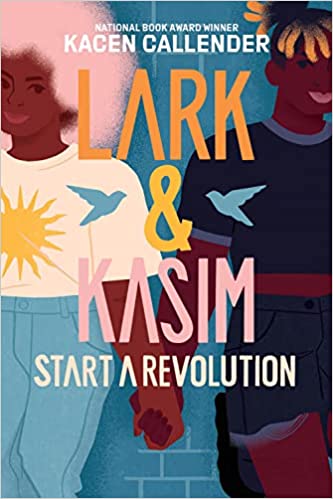 Lark and Kasim Start a Revolution by Kacen Callender

Because Lark wants to be a writer, they begin to build a social media following. Kasim, Lark’s former best friend, accidentally posts on Lark’s Twitter threat about deep and unrequited love for a secret crush and now, those tweets are the subject of school obsession. Who are they in reference to? Lark decides they’ll protect Kasim and claim those tweets were in reference to another classmate. . . but now, with the school and thousands of outsiders following and trying to unravel the truth behind those tweets, it might be bringing Lark and Kasim closer together. Can love ignite revolution? 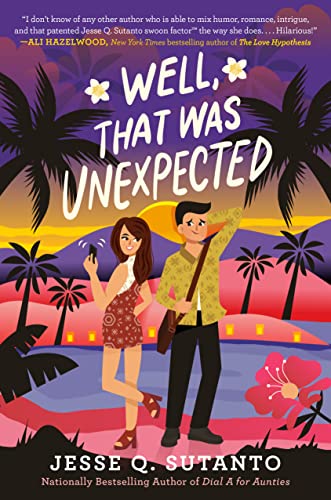 Well That Was Unexpected by Jesse Q. Sutanto

Sharlot’s mother has caught her in a “compromising position” and decides the best solution is for them to head to her mother’s native Indonesia.

Meanwhile, George Clooney Tanuwijaya’s father–yes, he’s obsessed with American celebrities–is also trying to rein in his son. They are some of the wealthiest people in Indonesia and no way can anything mar the family’s reputation.

So when Sharlot’s mother and George’s father strike up conversation online, each pretending to be one another’s children, they think it’ll be so their children find the “right” kind of partner. But when the real Sharlot and George find out about what their parents are doing, they are horrified…and then maybe begin to actually fall for one another.

This one’s got fake dating, ridiculous parents, a romantic island adventure, and loads of humor.

For a more comprehensive list of new releases, check out our New Books newsletter.

It is true that there are very few books on non-Christmas holidays in YA. It’s especially true for non-Christian focused holidays, though we’re finally seeing the tides turn a bit here. There are books like Gloria Chao’s Rent-A-Boyfriend which travels from Thanksgiving through Chinese New Year, and we’ll see Suzanne Park’s The Christmas Clash hit shelves early next month, which is set at Christmas but follows rival Korean and Chinese restaurants. Slowly but surely, there are books representing Jewish traditions making their way onto shelves and (if reading book announcements doesn’t steer me wrong) more than a couple Halloween-set stories, too.

One thing that still seems to be another rare breed in YA? Books about birthdays. It seems much more prevalent in middle grade than YA, despite the fact teens celebrate some pretty milestone birthdays: 15, 16, and 18, among them.

I don’t know about anyone else in my age bracket [deeply elder millennial], but I lived for the early seasons of MTV’s My Super Sweet 16, wondering what it must be like to have access to such unlimited funds and connections during my teens. I’d love even more of that spirit–and the opposite, too–in YA. Not to mention that there are so many possibilities in the realm of sci fi and fantasy for birthday-focused stories.

Let’s look at a couple that are out there and wish upon some candles we see more. Imagine all of the possibilities. 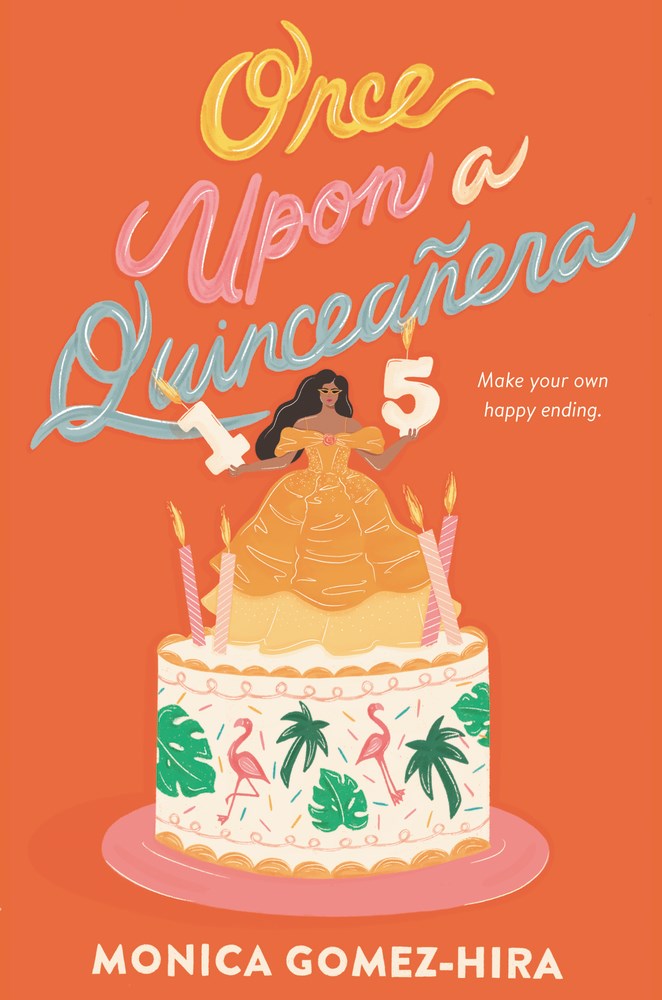 Once Upon a Quinceañera by Monica Gomez-Hira

18-year-old Carmen wants a happy ever after, but that’s not looking possible. She’s doing a summer internship that involves performing in a ballgown during the hot summer heat in Miami. Not ideal.

Worse? The company she’s interning for is hired for her spoiled cousin Ariana’s quinceañera, which promises to be over-the-top. Carmen’s required dance partner for the party? Her ex-boyfriend Mauro.

Can Carmen find her happily ever after? Is it possible as she’s now being put inside her Worst Possible Scenario? 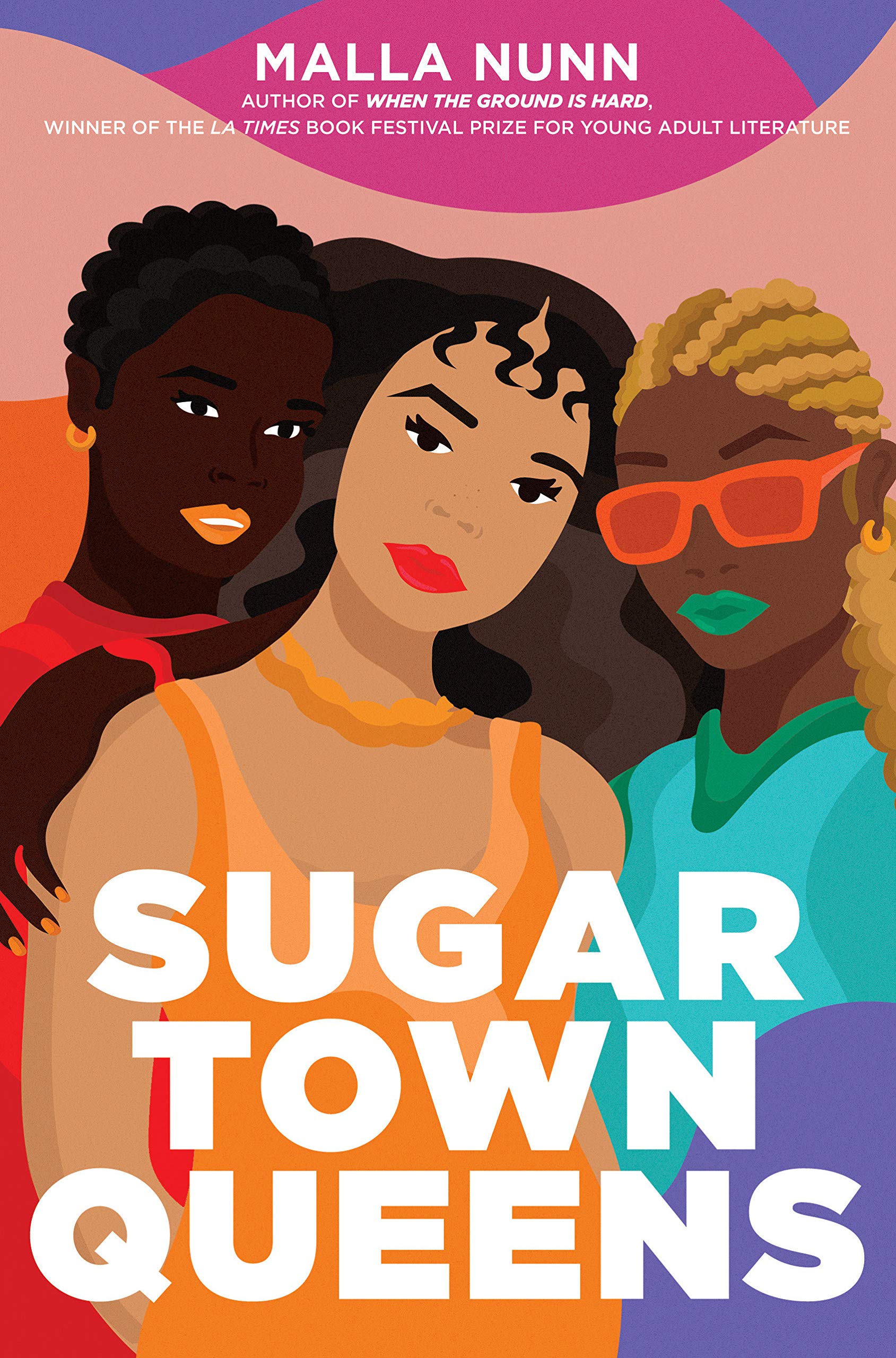 Amandla and her mom have always been the talk of Sugar Town. Her mom struggles with visions and beliefs that if a certain behavior is practiced, Amandla’s father will return. They’re also the talk of town because Amandla is brown and her mother is white.

So when Amandla wakes up on her 15th birthday and her mom has had a vision–if Amandla wears a specific blue sheet and a halo, then her father will come back. Amandla writes it off, of course. Until she discovers a mysterious address and bundle of cash in the bottom of her mother’s purse. She’s going to make it her mission to find her father. But what she discovers is so much bigger than she could ever imagine.

A few other birthday themed books worth adding to your TBR include Love Is A Revolution by Renee Watson (the birthday is an inciting incident), Birthday by Meredith Russo, and You Wish by Mandy Hubbard.

Thanks for hanging out, and we’ll see you later this week.

Until then, happy reading!