Sponsored by Blood of Troy 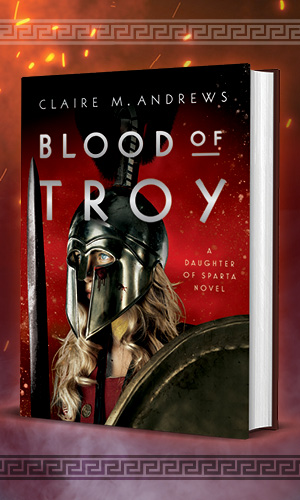 Back in 2021, Rick Riordan announced that he would be co-writing a Solangelo novel with Mark Oshiro. Now we finally have a little bit more information about the upcoming book: a title. “I know many of you have been waiting patiently for news, so I am happy to confirm a small piece of it for you,” Oshiro wrote on Twitter. Oshiro goes on to confirm that the novel will be titled The Sun and the Star: A Nico di Angelo Adventure. Oshiro went on to say, “I will tell you more about the title when the time is right. And the best part is that time… well, it is coming up soon.” Fans should expect more news about the upcoming book later this week.

Over the weekend, Girls Who Code founder Reshma Saujani found out that her company’s book series had been placed on a list of banned books in schools. “I was just shocked,” Saujani said. “This is about controlling women and it starts with controlling our girls and what info they have access to.” The Girls Who Code series follows the story of a group of young girls who are part of a coding club at their school. The books were just added to PEN America’s Index of School Book Bans, a comprehensive, nationwide list of restricted literature. Saujani told Insider that the ban “felt very much like a direct attack on the movement we’ve been building to get girls coding…You cannot be what you cannot see. They don’t want girls to learn how to code because that’s a way to be economically secure.”

Here’s the First Trailer for M. Night Shyamalan’s Knock at the Cabin

The first trailer for M. Night Shyamalan’s latest film Knock at the Cabin has been released. The movie, based on the novel The Cabin at the End of the World by Paul Tremblay, stars Jonathan Groff and Ben Aldridge as two parents who are taken hostage by four strangers while vacationing at a cabin in the woods with their adopted daughter. Those strangers are played by Dave Bautista, Nikki Amuka-Bird, Rupert Grint, and Abby Quinn. Knock at the Cabin will be released only in theaters on February 3, 2023.

Fall is the time for as reading as many horror novels as possible! Here are 12 short horror novels under 300 pages each, so you can pack as many scary stories as you can onto your October reading list.